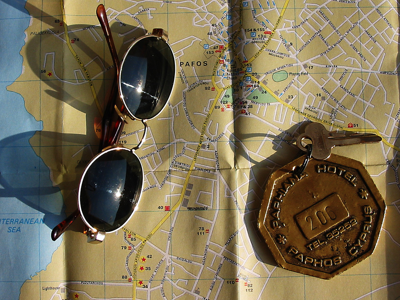 Imagine that five years ago, you could put your money either with a bank in Cyprus or America. After those five years, the bank in Cyprus will confiscate 10% of your money with a onetime tax. Where would be the more favorable place to deposit your savings?

If you answered America, you would have lost more money. In an American bank, with an average interest rate of 1%, it would take almost 70 years to double your assets. By year 5, you’d have seen growth of only 5.1%.

But in the Cypriot banks, with an average interest rate of 5%, you double your money every 14 years. By year 5, your assets would have grown 27.6%. At year 5, almost 22% of your account is interest. Although the 10% tax skims half the interest off the top, you are still left with more assets than the American bank.

Without any authorizing legislation, the U.S. government has quietly confiscated more value than Cyprus. With a long-term annual inflation of approximately 4.1% and only a 1% annual interest rate, your assets are guaranteed to lose value over time.

The creation of money through quantitative easing and bank bailouts has made dollars cheap and plentiful. The purchasing power of American bank account holders has dropped accordingly.

These U.S. policies have made cash one of the riskiest long-term investments. And inflation poses an impending threat to securing sufficient funds for your retirement.

In 1996 the government began measuring inflation differently, lowering the reported number significantly. Now if the quality of a commodity increases more than its price, the quality increase is counted as deflation. This so-called hedonic deprecator is justified on the grounds that you are getting more hedonism for the same price as before.

With these changes in how the Consumer Price Index (CPI) is computed, Social Security cost-of-living adjustments no longer keep up with actual price increases. Seniors are left living Amish lives in a digital age because the official inflation numbers do not reflect reality.

According to the CPI, $100 today has the same buying power as $67.58 in 1996. By its spendthrift printing of money, the government has taxed you at least 32.42% of whatever cash assets you had during those 17 years.

Assuming a 65% actual cost increase, we have experienced annual inflation 1.7% higher than the official numbers. Social Security recipients have received a 32.5% cut in their purchasing power over the same time period. This underreporting of inflation hurts the poorest Americans who rely on Social Security for their retirement.

Monetary policy is one of the 10 economic freedoms measured annually in the Heritage Foundation’s Index of Economic Freedom. The United States has dropped to a rating of 75 out of 100. Of the 181 countries analyzed, the United States ranks 95th, just barely in the top half.

Our government’s monetary policy makes cash especially risky, but U.S. bonds aren’t safe either. They pay a fixed rate of return in diminishing dollars. Inflation-indexed bonds, although better, only adjust according to the underreported official inflation. Foreign bonds in a currency with more monetary stability than the dollar can help. The debt of Australia, New Zealand, or emerging markets like Chile may provide a good alternative for stable fixed-income investments.

Equity investments fare even better though. They appreciate about 6.5% over actual inflation. Although they are more volatile in the short term, they provide a better chance of achieving the appreciation necessary to ensure a comfortable retirement.

Among equity investments, the best hedge against inflation is resource stocks that own or produce an underlying natural resource. Investing in resource stocks is not the same as investing directly in commodities. Buying gold bullion or an oil futures contract is an investment in raw commodities or their volatility. On average, the increased value only keeps up with inflation.

Buying a gold mining or oil company is a resource stock investment. Any increase in the value of the underlying commodity further increases the company’s profits. As the dollar drops in purchasing power, the price of the commodity and the profits of the company go up proportionally, providing you a hedge against inflation.

Some people say the market is “hitting new highs,” so it “must correct.” But some of the recent appreciation in the stock markets may simply be a devaluation of the U.S. dollar. If that is true, no significant correction needs to occur. Either way we should probably be more wary of the constant gradual erosion of our dollars through inflation than the volatility of the stock market.

A balanced portfolio holding U.S. stocks, foreign stocks and resource stocks is the best tactic to hedge against inflation and secure the financial independence necessary for retirement.

Capital gains, interest and dividends do trigger taxes when these investments are held in a taxable account or tax-deferred account. Equity investments in Roth accounts are the best strategy to avoid government devaluation of the dollar and a later tax on that inflation.

Wealth management is based on the idea that over time very small changes have very large effects. Inflation is a small decrease in the value of your “safe dollar” savings that can jeopardize your retirement. However, good financial planning allows you to make the small changes necessary to protect your retirement against government inflation and taxation.