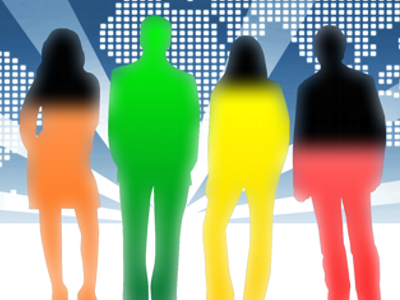 A tax tsunami is coming at the end of this year. And this is the absolutely last chance for a massive Roth conversion. Two years ago the Bush tax cuts were extended for two years. But the snooze button is running out, and this time the likelihood of another extension is slim. You have just 10 more months to do a Roth conversion under these lower tax rates and move your money to where it will never be taxed again.

Regardless of your political persuasion, Congress agreeing to keep taxes low while we are experiencing the highest debt and deficit in our country’s history is implausible. The best we can hope for is gridlock, which would mean the tax rates expire and return to their previously higher values. And while the classes are paying the highest share of their tax revenues in history, the masses are collecting an even higher share of government expenditures and subsidies. Higher taxes are in our future until we get spending under control.

The government gave you a tax write-off when you put money into your individual retirement account (IRA). Now the government can and will be changing the tax rate you have to pay when you withdraw the money. And when you turn 70 1/2, the government requires you to take at least the required minimum distribution (RMD) each year to force you to pay that tax.

It is as though your IRA has a mortgage on it and next year the government will be raising the rate you will have to pay. A Roth conversion is like paying off the mortgage on your IRA early at these lower rates in order to own your IRA free and clear.

Executing a Roth conversion requires professional assistance. We recommend using this technique as part of a comprehensive financial plan. You will need the guidance of a personal fee-only financial planner and a certified public accountant. Each step could save you a significant percentage of your income or net worth.

The first important decision is deciding if you are a good candidate for a Roth conversion. The answer is yes for most families. A Roth account has several tax advantages over the traditional IRA account. The growth within a Roth account is not subject to tax. Roths waive the annual RMD requirement. Roth distributions are tax free during your lifetime. Roth accounts inherited by your beneficiaries are tax free over their lifetimes.

You may be a good candidate for a Roth conversion in 2012 if you can answer “yes” to any of these statements:

If you are working throughout 2012 and then turning 65 and retiring in 2013, you might be better to delay your conversion until you have no income and can convert it all in the lower tax brackets. Delay doing a Roth conversion any time you know your taxable income will be lower in future years.

2. You have an IRA that could be converted. The larger it is, the more essential it is to do a Roth conversion. Because the IRS will force you to start taking RMDs at age 70, those distributions could push you into a higher tax bracket. Converting some of your IRA to a Roth will reduce the value of your IRA and lower the distributions you ultimately will have to take.

If you have a 401(k) from a previous employer, you can roll it into an IRA and then convert the IRA. But if you only have your 401(k) from your current employer, in-service withdrawals will probably not be allowed.

3. You have sufficient assets to pay the tax from your nonretirement accounts. You lose many of the benefits of a Roth conversion if you withhold taxes from your IRA account rather than paying the tax from your taxable assets. Having sizable taxable savings allows you to be able to take advantage of tax planning. This is one reason we recommend putting 5% of your take-home pay toward taxable investments.

4. You would like to reduce the value of your gross estate and leave a tax-free asset to your heirs. Converting your IRA to a Roth and then leaving it to grandchildren could produce an after-tax benefit twice as large as leaving them the traditional IRA and the taxable amount that could have been used to pay the conversion tax.

5. You are willing to pay estimated taxes and incur increased tax preparation fees. The conversion slightly complicates your tax preparation, which is why we recommend you engage competent financial advice.