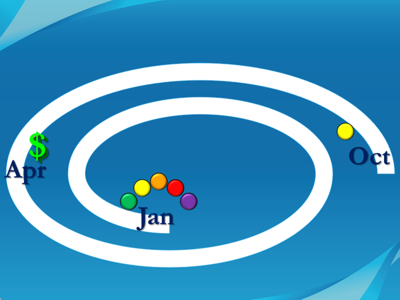 “Every adviser who does comprehensive tax management should realize they can potentially save clients tens of thousands of dollars” using conversion and re-characterization strategies, said David John Marotta, president of Marotta Wealth Management. “It is part of our annual tax management strategy.”

In 2010, Mr. Marotta said he converted five times more money than participating clients had intended to keep in their Roth IRAs with the intention of undoing all but the top-performing 20%. In the weeks leading up to this year’s Oct. 17 deadline, he will evaluate the investments and choose which to keep. He will repeat the process next year.

Mr. Marotta segregates the IRA conversions into five separate accounts, each devoted to one asset class. Each asset class must clear two hurdles to become “keepers,” he said.

First, the account value must be higher than the amount originally converted; next, it must not push the account holder into a higher tax bracket, although the second hurdle can be waived if results are outstanding, he said.

Acknowledging that taxes could rise if Bush-era tax cuts are allowed to expire in 2013, Mr. Marotta sets the hurdle a little lower than he would if tax rates were sure to remain as they are. But for accounts down significantly since the day of the original conversion, he called it a no-brainer to reconvert the funds back to an IRA and restart the whole process when rules allow — at least 30 days later or Jan. 1 of the year following the year of the original conversion.

One of the most interesting comments came from David Peterson, founder and president of Peak Capital Investment Services:

Mr. Peterson believes that some fee-based advisers have shied away from Roth conversions because the tax bill on the converted assets lowers assets under management.

“You lose money as an adviser by telling your client to do the right thing,” he said, noting that some advisers are reluctant to suggest reconversions, attributing that to “laziness.”

Remember that there is a huge difference between fee-only advisors and fee-based advisors who accept commissions and sell product.

Yet another reason to find yourself a fee-only advisor today.