If you are looking for more information about how to manage your required minimum distribution (RMD) in the year you are also doing a Roth conversion, we recommend reading “Roth Conversion: Take Your Required Minimum Distribution Out First.” 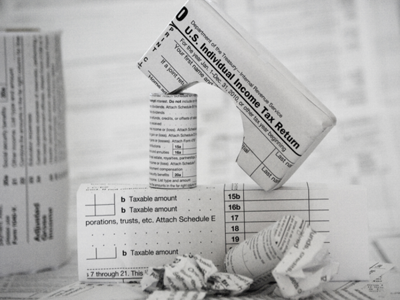 There are three IRA tax requirements and saving techniques which collided recently for a client. I present them here because I found a solution we can use in future years which may be helpful for others.

(2) Each year the IRS requires those over 70 1/2 to take a minimum withdrawal from their IRA account. This is called a “Required Minimum Distribution” or “RMD”. IRS rules require that the first dollars taken out of an account for any reason be the RMD. You must take the RMD before you do any transfers to a new account or do a Roth conversion. The amount required differs depending on your age. For example at age 80 the divisor is 18.7, so you must take 1/18.7 of the value of the portfolio on 12/31/2011 out during 2012.

(3) For the past two years, Congress allowed people the ability to donate to a charity directly from your IRA without any tax penalty. They allowed up to $100,000 to be gifted and this gift could count toward their RMD. This is a small benefit, and only useful for a small number of people. Most people save more in taxes if they go ahead and take their required minimum distribution (RMD) and then gift appreciated stock to their charities. We only have a couple of clients for whom gifting directly from their IRA in order to satisfy their RMD was the right choice. One year Congress passed a law late in the year which allowed this. However, anyone who had already taken their RMD was not able to participate. For 2012 this option has expired, but there is a chance that Congress will change the law and allow it late in the year.

An 80 year old client with an IRA account of $1M would like to do a Roth conversion of about $100,000 early in 2012 to capture the full year of gains in the Roth where the gains are not taxable. They would also like to do charitable giving of $100,000 from their IRA if Congress extends the law for 2012 and only take out their RMD if Congress does not.

Unfortunately IRS rules require the RMD before any money can be taken out for the Roth conversion.

This leaves the bulk of the $1M portfolio untouched. It can wait to see if Congress allows gifting from an IRA or the RMD must be withdrawn from it as well.

The amount to transfer into a separate account is calculated as follows:

or in our case:

Understanding these tax management techniques is a critical (perhaps one of the most critical) components of comprehensive wealth management. Consider using an advisor with tax planning experience who does more than just investment management.