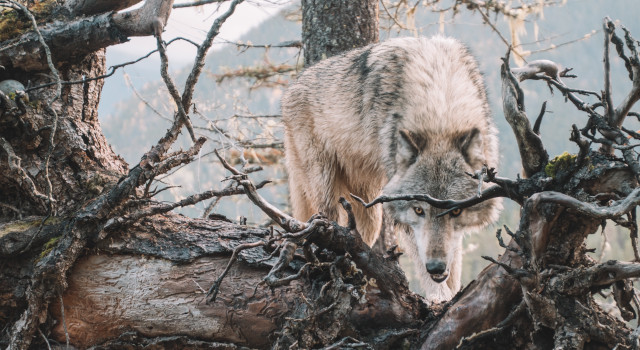 Lynnley Browning has a great article in Financial Planning magazine entitled, “With 212 possible designations, what exactly is a financial planner? ” In the article, Browning covers the history of the professional designations and which ones are more impressive. The most interesting section was under the heading “The history behind the titles” which read:

‘Financial planner’ and ‘wealth advisor’ are generic terms. Nobody knows how many there are. The Bureau of Labor Statistics counts more than 218,000 people working as “personal financial advisors,” up from nearly 162,000 a decade ago. Cerulli Associates counts north of 311,000 “financial advisors,” only half of them providing actual planning advice. At worst, the appellations can mean a huckster who hangs out a shingle shilling money advice, like a “lawyer” without a JD.

So there are 311,000 financial advisors, only half of which are actually offering any planning advice. The article continues:

Most advisors work at a broker-dealer (those include Merrill Lynch, Edward Jones, Raymond James, Ameriprise, Schwab and Fidelity, or at independent firms like LPL Financial). Known also as brokers or registered representatives, they’re paid to sell their firm’s proprietary products, from ETFs to life insurance, and earn commissions. They hold a Series 7 license to trade securities and are overseen by the SEC, a government agency, and by FINRA, a nongovernmental “self-regulator.” Brokers aren’t held to a fiduciary standard to put client interests above their own. Instead, they hew to a lower “best interest” standard.

Introduced by the SEC in 2020, Reg BI requires brokers only to disclose conflicts of interests, like commissions for selling a specific fund, and doesn’t ban such conflicts — leaving investors to untangle whether they’re being milked. FINRA counts nearly 329,000 brokers.

I appreciate the clear way Browning says, “Brokers aren’t held to a fiduciary standard to put client interests above their own” and “such conflicts leave investors to untangle whether they’re being milked.”

If you work with a broker-dealer, you probably are being milked, at least by the culture within which your advisor is working. What’s worse is that your financial advisor probably doesn’t even know how much the commission-based environment is costing you.

A small clutch of advisors are investment advisor representatives (IAR) and work at a Registered Investment Advisor (RIA), also overseen by the SEC and FINRA. They hold a Series 65 license to provide investment advisory services. Agnostic about selling specific investments, they earn fees, typically around 1 percent of a client’s assets, or a flat fee. These advisors are held to the higher fiduciary standard. FINRA tallies just over 65,000 investment advisors — 20% of Cerrulli’s advice-giving group.

Being an investment advisor representative (IAR) of a Registered Investment Advisor (RIA) you are at least held to a higher fiduciary standard. This eliminates 80% of the so-called financial advisors who are actually broker-dealers (BDs).

But there is a major problem with the distinction between RIAs and Broker-Dealers and Browning covers it, saying:

Here’s where it gets tricky. Some financial planners wear two hats. They’re both a representative of a BD, held to the lower standard, and an advisor at an RIA, held to the higher standard. They earn commissions by selling a BD’s proprietary products, and fees for financial planning advice rendered through their RIA.

Consumers don’t understand that distinction very well. Many people feel more comfortable with Merrill Lynch, Edward Jones, Raymond James, Ameriprise, Wells Fargo, Transamerica, Alliance, Schwab, Fidelity, UBS, LPL Financial, or any other broker-dealer posing as an investment advisor. They believe that there is some safety having their advisor be part of a larger firm. We believe they are mistaken. When a large firm puts incentives in place for their advisors and then has a compliance department to make sure those very same advisors don’t step too far, the fiduciary level of care has been compromised. Incentives trump culture.

Take Schwab, for example. We recommend Schwab as one of the lowest cost custodians, but we do not recommend Schwab to serve as your financial advisor. Working directly with a broker-dealer whose company also benefits from your investment choices, violates “Safeguard #1: Do Not Allow Your Advisor to Have Custody of Your Investments.”

Consumers are often recommended to find an advisor who has a CFP® designation.

The CFP Board isn’t a panacea, and Browning covers this as well, writing:

So what happens when that hybrid advisor is a CFP? Last year, the CFP Board began requiring anybody using the CFP label to follow the higher fiduciary standard. But hybrid advisors aren’t required to do that by their BD employers, and the board can’t force BDs to make them transparent. Because the new rule allows advisors to avoid written disclosures of conflicts, they can effectively pinky-promise that all is above board.

The CFP credential (it’s not a license) is held by more than 88,600 advisors who have passed the CFP exam. It’s granted by one organization — the powerful CFP Board, a nonprofit trade group and lobby. Candidates must have a bachelor’s degree and take an accredited course, through one of 155 US colleges and universities ranging from traditional schools to specialized entities like the non-profit American College of Financial Services, known as the American College, based in King of Prussia, Pennsylvania, and the College for Financial Planning (CFFP), which is owned by for-profit Kaplan. In many states, including California, New Jersey and Ohio, those latter two organizations are the only options. Candidates must also have 4,000 to 6,000 hours of professional experience in the field. Holders of a CPA, CFA, ChFC or CLU, all rigorous credentials, can bypass the CFP full course and do a shorter one instead. Only 23% of advisors — barely one in four — hold the CFP title. …

At the same time, some advisors say the gold-standard CFP label isn’t all roses. Last year, the board made it tougher for consumers to see on its website how a given CFP is compensated — by flat fees, commissions or both. With CFPs who are brokers earning commissions held to the less-rigorous Reg BI standard, the move sparked criticism from advisors that the board had “bowed to the monied interests out there,” allowing “those folks who, really, are simply salespeople to use the [CFP] credential,” says Lane Mullinax, a CFP and CRPS (chartered retirement plans specialist).

So 23% of advisors hold the CFP® designation, and the CFP Board recently removed the ability both to search and even to view compensation method.

The CFP Board has reprinted an article on their website from Bob Veres which hypothesizes in part that outrage over how a fee-only advisor charges (assets under management (AUM) verses a flat fee) was responsible for the change. Then he suggested this thought experiment:

To address the outrage directly, let’s imagine that you live in a world where many – perhaps most – brokers working for wirehouse firms have moved their revenue model from selling products to managing assets in return for AUM fees. Let’s further imagine that the brokerage attorneys have been in dialogue with the CFP Board and have argued (with some justification) that these brokers are in fact “fee-only” by the definitions most of us understand – even though we know that they’re selling their brokerage firm’s platform with separately-managed accounts that have under-the-table shelf space payments. They are asset-gatherers, in the terminology of the brokerage world, yet their compensation is purely asset management fees.

But I reject that analysis at the start. The Securities and Exchange Commission (SEC) is very clear that if any related party to who you refer business accepts commissions then you are a commission-based advisor. There is no justification to suggest that because someone has made this legally spurious argument that the CFP Board needed to change anything about their website. Veres goes on to suggest:

Consumers are then encouraged to ask question 7, and engage in some probing dialogue about compensation models. They would not be instantly misled into thinking that brokerage firm reps are “fee-only.”

Except that brokerage firms are not fee-only. They work for an organization which collects and benefits from the commissions it charges clients.

This suggestion pushes the burden of making a distinction back on the client. However, if the CFP Board doesn’t feel qualified to make the distinction, I doubt that a consumer will be able to clarify things.

Instead of using the CFP Board’s search tool, I recommend that consumers use the NAPFA search tool. In addition to all being CFP® designees, National Association of Personal Financial Advisors (NAPFA) advisors are also all fee-only financial planners who offer comprehensive wealth management.

I recommend the NAPFA search tool and suggest you avoid the CFP Board’s search tool until they change how they do their searches.

Photo by Brianna R. on Unsplash