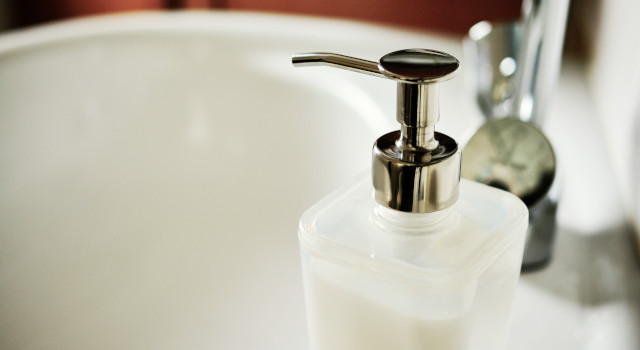 One day when I was a very young child, I remember going to wash my hands and finding the soap container empty. This was the first time the soap had ever been empty for me. How does it get filled? I thought for the first time. I wandered out into the living room and found my mother. I said with a tone of awe, “Mom, the soap dispenser is empty.”

“Oh, yes, I’ve been meaning to refill that one,” she replied.

I obviously had a very privileged childhood for a long-term memory to have formed around this moment, but I also think there are several important lessons in this mundane memory.

The Value of Stability

For every task, either someone needs to do it or it doesn’t need to be done. Someone will need to ensure your bathroom is stocked with supplies, the house has food, the family has clothes, the bills are paid, the children learn, the pets are fed, and the list goes on and on. Hopefully, the list includes some aspects of life that are enjoyable to you.

When I was a child, my mom refilled all of our soap dispensers. It meant that my brother and I got to grow up not worrying about whether there would be soap in the bathroom for us. She also stocked our house with food, so we never worried if we would have another meal. She kept our house clean, so we weren’t getting sick from filth. This everyday service that she provided for our family likely had the largest impact on my brother and my future success.

There is a very famous 1960s study that most of us have heard of called the Marshmallow Experiment. We’ve written about it before here on our website. In the experiment, children are given one marshmallow and told, “You can eat this treat now or get rewarded with another one if you wait for fifteen minutes without eating it.” Only one third of the children delayed gratification and waited for the second treat. Some children delayed a while but caved before the 15 minutes were up. Others ate the marshmallow immediately.

The experimenters then followed up with the children over the decades in their life to see how they were doing and concluded that the longer a child waited during the marshmallow experiment as a three- to five-year-old, the more they succeeded in life as an adult. Even 40 years later , the same people who had poor impulse control as children still experienced poor impulse control as adults.

The findings of this study have long been described as the merits of cultivating impulse control and delaying gratification. The children who ate the marshmallow simply need to cultivate more self-control over their lives, the argument goes.

However in 2018, a group of NYU researchers finally published the results to their 1990s repeat of the marshmallow experiment. They found that children who were privileged such as having food stability were willing to wait for the second marshmallow. However, those children who grew up with instability — food in the pantry today didn’t necessarily mean there would be food in the pantry tomorrow — were less willing to wait. As The Atlantic reports:

There is a risk that comes with waiting. And even if their parents promise to buy more of a certain food, sometimes that promise gets broken out of financial necessity.

Meanwhile, for kids who come from households headed by parents who are better educated and earn more money, it’s typically easier to delay gratification: Experience tends to tell them that adults have the resources and financial stability to keep the pantry well stocked. And even if these children don’t delay gratification, they can trust that things will all work out in the end—that even if they don’t get the second marshmallow, they can probably count on their parents to take them out for ice cream instead.

There’s plenty of other research that sheds further light on the class dimension of the marshmallow test. The Harvard economist Sendhil Mullainathan and the Princeton behavioral scientist Eldar Shafir wrote a book in 2013, Scarcity: Why Having Too Little Means So Much, that detailed how poverty can lead people to opt for short-term rather than long-term rewards; the state of not having enough can change the way people think about what’s available now. In other words, a second marshmallow seems irrelevant when a child has reason to believe that the first one might vanish.

The Value of Outsourcing

When I got older, my parents first employed a house cleaner. She came once a week and cleaned the house top to bottom. She even topped off the soap dispensers when she saw they were running low.

To frugal families, like my own, this sounds decadent. I remember the decision did not come easy to my parents. However, it is still a life-bringing expense for them. In fact, an international study found people are happier when they spend their money to outsource tasks to others. They call this the “route from wealth to well-being: spending money to buy free time.”

Buying time is hard for frugal people. On the one hand, it is an unnecessary expense to pay for house cleaning, lawn mowing, tax preparation, and other services when you really are capable enough to do it yourself. On the other hand, you are the only you there is. There is someone out there who gets great joy in life from mowing lawns. If that person is not you, consider paying this joyful lawn mower to do your lawn so you can have the time to do what you love. In doing so, you are supporting both of your life goals.

In truth, effective time management involves taking each task and making the decision to do it, delegate it, or dump it. Wisdom in life lies in finding those activities where our time is the most effective, and then structuring our life around those activities. For everything else, we might want to have the goal of either delegating or dumping it.

Your future self might ask you to delegate a task you don’t enjoy and get it off your to-do list forever. He or she might ask you to take up a fulfilling project. He or she will almost certainly want you to spend more quality time with loved ones, get more exercise and sacrifice the stuff that doesn’t matter, which have become a big part of the lives of too many Americans.

In areas of life that are unimportant to your goals, be frugal to the point of being miserly. You might take your lunch in a brown paper bag, enjoy activities that are free, clip grocery coupons, fly the red-eye stand-by, don’t flush every time, buy a used car, live in a modest house, or even repair your shoes with duct tape.

However, when it comes to what is important to you, be willing to spend money on your life goals. Buy the board game. Fill the bookcase. Plant the tree. Take the vacation. Hire the housekeeper. This is life planning. What is the money for? Know the answer and you can live a full, happy life.

The Value of Duplication

By default in most partnerships, responsibilities are delegated to one individual and ignored by the others. I have a memory of the first time I found out soap dispensers got refilled because of this fact. However, involving more people in the process can build confidence, give you a backup, and free up your time.

After finding out that soap dispensers empty and get refilled, my mom taught me how to refill the dispenser. I remember lifting the heavy jug of bulk soap as a very young child and sloshing it in the general direction of the dispenser, spilling some but generally succeeding.

In hindsight, I know I made that chore take longer for my mom. She had to clean soap off the counter, likely also off the sides of the dispenser. The chore got done at the speed of a preschooler rather than that of a 30-something adult. However, a few years later and I was helping out, refilling soap dispensers when they were running low.

Teaching your children or new employees how to do a new task is work in and of itself. Explaining, answering questions, slowly demonstrating, and supervising the first tentative attempts are challenging.

However, once the training is done, you can finally see the rewards of your efforts.

The Value of Gratitude

Someone refills your soap dispenser. Take a minute to appreciate that person, and people like him or her who are quietly making life easier for you. Also, try to be that person to other people.

She rises up as morning breaks
She moves among these rooms alone
Before we wake
And her heart is so full; it overflows
She waters us with love and the children grow

The loving service you do today is planting the trees which will bless someone in the future.

Even the darkest days have moments worthy of appreciation and gratitude. Finding something in each day is another important part of the process.

I think of these four lessons when I refill my soap dispenser.

Photo by Pixabay on Pexels