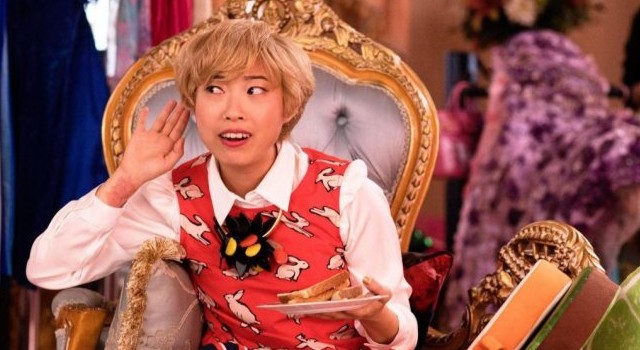 Kevin Kwan’s Crazy Rich Asians trilogy of books is a fun introduction and exposure to another culture. Full of comical footnotes and over-the-top lifestyles, the series follows million, billion, and trillionaires through their day-to-day lives and interactions. Although the movie zooms its focus in on the romance of Nicholas Young who is so wealthy he is like Singapore royalty and Rachel Chu of humble means from America, the book takes a wider focus, thoroughly developing plot lines for many other family members.

So far, I’ve only finished the first book and am reading the second book, China Rich Girlfriend. Near the end of the book, Rachel and her best friend from college, Peik Lin, are chatting at a spa weekend. The conversation turns to the exorbitant spending that Rachel has just witnessed and they converse as follows (pg.395 of paperback):

“Look, I get it. I come from an immigrant family that’s done well, and I married a guy who’s well off. But I feel that there’s a certain limit I would never go over when it comes to shopping,” Rachel said. “I mean, when you’re spending more money on a couture dress than it takes to vaccinate a thousand children against measles or provide clean water to an entire town, that’s just unconscionable.”

Peik Lin gave Rachel a thoughtful look. “Isn’t it all relative though? To someone living in a mud hut somewhere, isn’t the $200 you paid for those Rag & Bone jeans you’re wearing considered obscene? The woman buying that couture dress could argue it took a team of twelve seamstresses three months to create the garment, and they are all supporting their families by doing this. My mother wanted an exact re-creation on her bedroom ceiling of a Baroque fresco she saw at some palace in Germany. It cost her half a million dollars, but two artists from the Czech Republic worked on it every day for three months. One guy was able to buy and furnish a new house in Prague, while the other one sent his kid to Penn State. We all choose to spend our money in different ways, but at least we get to make that choice. Just think — twenty years ago, these girls you went to Paris with would only have two choices: Do you want your Mao jacket in brown or gray?”

In the movie, Peik Lin is portrayed almost as a Shakespearean clown. She is the comic relief of many scenes, often at her own expense. However, in the book, she is savvy, intelligent, and very straight forward about her wealth. She is not over the top but instead a refreshingly honest wealthy individual.

This scene is an example of that. She’s honest with Rachel about her family’s spending, like her mom’s five-hundred-thousand-dollar ceiling decor in her already gold-trimmed house. However, she is also a person and sees the recipients of her family’s spending the same way, as people.

Twelfth-century Jewish philosopher Maimonides developed an eight-step ladder of “tzedakah” (the willingness to give). At the top of the ladder, he praised giving someone a job so the person could be self-sufficient as the highest form of charity, more charitable than simply giving your money away. This type of charity is renewable as the next person employs another.

Putting a cap on individual spending or calling it “unconscionable” or “obscene” in order to try and stop it is destructive to all. Property rights are fundamental. The litmus test for the presence of property rights, in the words of Supreme Court justice Oliver Wendell Holmes, is whether a property owner has the right “to use and dispose of his property as he sees fit” even if that means he is being “irrational, arbitrary, capricious, even unjust.”

When both the buyer and the seller are voluntarily exchanging, there is no wrong way to use your money. Buying investments, purchasing goods and services, storing it in the bank, and even hiding it in your sock drawer all help the economy in a different way. Free choice in a free market allows each of us to pursue happiness and voluntary trade benefits both sides.

Furthermore, Peik Lin is wise to point out the relativity of your economic perspective. Almost no matter how much money you make each year, there is someone spending every penny of a salary five times as great and someone saving more than you on a salary half as much. It takes diligence to keep spending low and saving high.

People who are not acquainted with wealth think that living with wealth is just one string of being able to buy what you want after another. But that is like riding the pony without cleaning the stall. Anyone who has learned to build real wealth will tell you that the more money you have the more work and responsibility you have stewarding that money.

You can either live rich or you can be rich. I think the Crazy Rich Asians series does a good job of representing both sides of that truism.