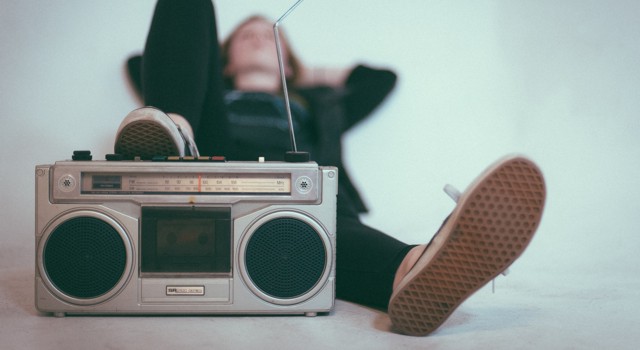 The thesis of the piece was that “some businesses are starting to miss the regulation that shielded them from risk.” NPR’s Washington correspondent Kimberly Adams combines three soundbites to try and prove this piece.

The first is from Justin Cox who is trying to bring his spring seasonal beer to market but cannot because the government won’t review his label due to the shutdown.

The second is a brief summary from a regulatory think-tank of all the industries that are stalled waiting on government approval that is not coming during the shutdown.

The third is a brief summary of the label approval process from a former FDA employee where he admits that there are strong incentives for people to keep food safe by themselves without government input.

However between and around these clips, Kimberly Adams tries to tell the story that there is “a longing if you will for a little good old fashioned government bureaucracy.”

In reality the opposite is true for both most businesses and even those that are interviewed in the piece. It is tough to get things done because of government.

I reached out to the first interview subject, Justin Cox the C.E.O. of Atlas Brew Works and he wrote back:

Our law suit is not about whether label approval is appropriate or about the role of regulation in general, it is about our right to free speech via the First Amendment. Free speech can’t be shutdown just because the speech approval office is closed.

Amen! I would suggest that businesses should not be forced to get governmental permission just to put a truthful label on bottle of beer or a package of meat regardless of whether the government is open or closed. That there is a “speech approval office” of the government is a chilling thought in and of itself.

No. FDA does not have the resources or authority under the law for pre-market approval of cosmetic product labeling. It is the manufacturer’s and/or distributor’s responsibility to ensure that products are labeled properly. Failure to comply with labeling requirements may result in a misbranded product.

For the cosmetic industry, they tell businesses to take personal responsibility over their labeling. That is a much more sensible approach than the over-reach of a “Mother-May-I” style of governmental control.

In fact, Colin Fristoe of the Cato Institute argues in “Health, Sustainability, and the Political Economy of Food Labeling ” that food labeling is yet one more example where government regulation is used by some of the largest companies to protect their industry from competition.

Kimberly Adams’ reporting often includes her own commentary directly favoring progressive government intervention and criticizing free market capitalism. She seems able to spin even the most libertarian supporting data into a marketing piece for increased government control. Had Adams stopped to consider the alternatives her sources were trying to communicate to her she would have edited the same content into a very different piece. Adams’ interview subjects, I believe, would not have supported her wistful love of government regulation.

As Bridget Dooling of the Regulatory Studies Center suggested in the NPR piece itself, “it’s hard enough to run a small business but when you’re waiting for someone else to make a decision those are hours and days and maybe even weeks when you’re not able to proceed.” This sentence is true even when the government is open.

Richard Williams, also featured in the NPR story, assisted in the creation of the original label. In “Forget Nutrition Labels — When Will Real Obesity Solutions Emerge? ,” he says the labeling laws were not able to change consumers’ eating habits as was originally intended. In “Helping Small Businesses Comply with Federal Regulations ,” Williams talks about the burden of regulation, writing:

All people who have ever dreamed of being their own bosses, opening their own businesses, or creating new kinds of businesses but who haven’t yet acted on those dreams are potential small business owners. But because these businesses do not yet exist, their owners don’t belong to any recognizable group. There is no guardian ad litem who protects their opportunities to be their own bosses.

…Incumbent small businesses are responsible for following the 2,500–4,500 federal regulations produced each year. They must take time to read proposed regulations, determine whether their businesses are affected, and, if so, understand the regulations’ likely effects and comment on them to have any say in the future of the proposed regulation. Many business owners do not have expertise on the federal regulatory process and, even if they have the time to make informed comments on the regulation, may not be sure whether their comments will make any difference. Furthermore, business owners sometimes fear that commenting negatively on a regulation will prompt regulators to single them out.

…Just as Senator McGovern was unable to understand how deeply small businesses were restricted by regulation before he actually owned one, regulators may also be similarly blinded. While the Regulatory Flexibility Act and the Small Business Enforcement and Fairness Act have helped, small businesses still usually play David to the federal Goliath.

If you are interested, you can either listen to the NPR piece or read the transcript here:

Kai Ryssdal: In Los Angeles I’m Kai Ryssdal. It is Wednesday the sixteenth of January. Good as always to have you along everybody. Day twenty six is where we find ourselves no signs of relief in the offing and so as happens when you go without something for a while a certain wistfulness has come over some parts of corporate America – a longing if you will for a little good old fashioned government bureaucracy. Because while it may slow things down, without it it is tough to get anything done. From Washington market place’s Kimberly Adams gets us going:

Kimberly Adams: Justin Cox is suing the federal government because he can’t sell his beer.

Justin Cox: Specifically our spring seasonal beer, The Precious One which is an apricot IPA.

Kimberly Adams: Cox is C.E.O. of Atlas Brew Works a craft brewery here in DC. The company is stuck in a holding pattern because the agency that would approve the new label for The Precious One is shut down.

Justin Cox: We’re in this precarious position now: We have beer sitting in our tank that we don’t have a place to put it into the market without this label.

Bridget Dooling: I mean it’s hard enough to run a small business but when you’re waiting for someone else to make a decision those are hours and days and maybe even weeks when you’re not able to proceed.

Kimberly Adams: She says lots of industries could use a little more government decision making right now. Drug makers can’t bring new products to market. Auto makers are waiting for emissions sign offs and that label issue comes up for the meat industry too.

Richard Williams: In order to make a label change at Meat and Poultry you have to go to USDA and actually have that label change approved.

Kimberly Adams: Many federal food inspections aren’t happening but Richard Williams who spent almost three decades in food safety at the FDA says we shouldn’t worry too much.

Richard Williams: The incentives for food manufacturers to keep this food safe a pretty strong in this country. No one wants to be at the receiving end of a recall.

Kimberly Adams: Even if the recall happens after the shutdown is over – whenever that might be. In Washington, I’m Kimberly Adams for Market Place.

Photo by Eric Nopanen on Unsplash