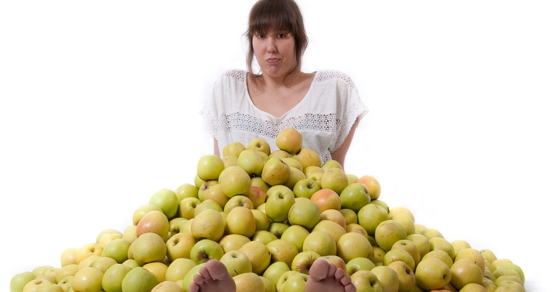 The day after Republicans took control of the Senate, they demonstrated how out of touch they are with the voters who put them there.

Mitch McConnell, the incoming Senate majority leader, promised, “There will be no government shutdown or default on the national debt.” In the primaries, he set his goal to crush Tea Party challengers and their ideas. His goal is to be a “right-of-center governing majority,” a moderate by definition.

The problem with these promises and this stance is that some of the government needs to be shut down. We need a smaller government with less waste, fraud and special interests. We need less drag on the economy. We need fewer meddlesome agencies and more of what government should be doing.

The next budget proposal from the Obama administration will be another bloated expansion of federal spending. Once again so-called spending cuts will merely slow the rate of growth. No agency will be left behind.

Unless McConnell is willing to risk a government shutdown, he will ultimately have to acquiesce to Obama’s wishes. It won’t matter if Republicans have control of the Senate until 2016.

As we suggested last year, the legislature should pass the budget one line item at a time. Liberal opponents often describe this as “passing the budget piecemeal.”

Legislators would start this process by voting on the size of the federal budget. That way, they would set boundaries for spending before determining where it will be spent. This is how to design any solvent budget. Only after settling the debt ceiling discussion would they determine how to divide the limited pie.

Vast portions of the budget could be funded without controversy. Portions supported by either no one or only by niche legislators could also be easily eliminated simply by first funding spending measures where there is agreement. When the budgeted amount has been allocated, further budgetary legislation would cease.

Over the years, we have attempted to create a complete overview of the federal budget agency by agency. If you believe all of government should be funded, try this exercise sometime.

Inertia, laziness and habit are powerful forces when it comes to the federal government. This is why we need creative, noncompliant legislators to challenge the current system.

Who really supports federal tax money for agencies like the Administration for Native Americans (an $8 million budget to promote self-sufficiency in Native Americans) or the Bureau of International Labor Affairs (a $161 billion budget to conduct research on foreign labor policies)? A line-by-line budget would easily eliminate or trim these concealed and wasteful offices.

The Cato Institute has a project designed to help policymakers downsize the federal government. It “judges policies and program by their intentions rather than their results.”

As the institute suggests, “The federal government is running huge budget deficits, spending too much, and heading toward a financial crisis. Without a change of direction in Washington, average working families will be faced with large tax increases and a lower standard of living.”

For example, the Department of Agriculture (USDA) is an outdated and largely unnecessary federal expenditure. Established in 1862, many of its programs were put in place during the Great Depression and are no longer needed. In 1900, the USDA employed one person for every 3.8 million people working on farms. Today, there is one USDA employee for every 22 people employed on a farm. The USDA spends $1,300 per American family.

Most USDA programs transfer wealth from the American people to specific constituencies. This industry-specific corporate welfare should be eliminated.

More than 90% of subsidies support the production of wheat, corn, soybeans, rice and cotton. Four of these are foodstuffs that holistic nutritionists suggest we are overeating.

Over 70% of the calories American consume come from wheat, corn, soybeans and dairy. Nutritionists call this plant deficiency syndrome. It contributes to obesity, food allergies and general nutritional deficiencies. Why are we putting economic incentives in place to support the production of these kinds of foods?

The USDA also establishes many barriers to free trade both within and outside the United States. The department supports dairy and sugar cartels. The U.S. price for sugar is currently 157% of the world sugar price, despite no difference between the commodities. This is estimated to cost U.S. consumers an additional $2.3 billion annually.

Such large-scale manipulation of the agricultural economy has ramifications on all levels of the market. Joel Salatin is the local owner of Polyface Farms and sometimes called the most influential farmer. His book “Everything I Want to Do Is Illegal: War Stories from the Local Food Front” explains how “bureaucrats provide themselves sole discretion over what food is available in the local marketplace.” As a result, “Americans do not have the freedom to choose the food they purchase and eat.”

Inefficiencies such as these exist in many other government programs. Cato’s site includes proposals for reductions in the departments of education, energy, labor and health and human resources as well as agriculture.

We’ve tried cutting the size and scope of government with a scalpel for the past six years and it has failed. It is time to try the hatchet.