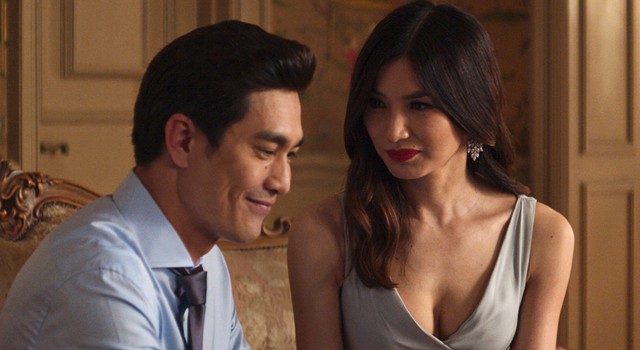 Kevin Kwan’s Crazy Rich Asians trilogy of books is a fun introduction and exposure to another culture. Full of comical footnotes and over-the-top lifestyles, the series follows million, billion, and trillionaires through their day-to-day lives and interactions. Although the movie zooms its focus in on the romance of Nicholas Young who is so wealthy he is like Singapore royalty and Rachel Chu of humble means from America, the book takes a wider focus, thoroughly developing plot lines for many other family members.

So far, I’ve only finished the first book and am reading the second, but Astrid Leong has quickly become one of my favorite characters to read about. She is simultaneously one of the wealthiest characters and, even though she has a massively large standard of living, one of the thriftiest.

My favorite scene of hers so far is in the first chapter of China Rich Girlfriend, the second book in the series.

The chapter opens with the revelation that a 1693 set of hanging scroll paintings called The Palace of Eighteen Perfections has been found. A few pages later, the work is presented at auction. Multiple characters have sent proxies to bid on the piece for them at the auction. Each hired hand or cousin is sent with specific budgets or bidding limits.

However, the bidding begins to reach insanely expensive levels, so one-by-one we readers eavesdrop on the proxies calling the bidders to ask if they want to continue. The last one to be called is Astrid Leong. Here’s how that conversation goes (pg. 34 of the paperback):

Astrid Leong was at the supermarket when her phone rang. She was trying to cobble together a meal for the cook’s night off tomorrow, and her five-year-old son, Cassian, was standing in the front section of the cart, doing his best impression of Leonardo DiCaprio on the prow of the Titanic. As always, Astrid was a little mortified to use her phone in a public place, but seeing that it was her cousin Oliver T’sien calling from Hong Kong, it couldn’t be helped. She steered the cart toward the frozen vegetables section and took the call.

“You’re missing all the fun at the auction of the year,” Oliver reported gleefully.

“It’s still going! You’re not going to believe this, but Kitty Pong made quite the entrance and has been bidding up the painting like there’s no tomorrow.”

“Yes, in a Madame X cocktail dress with two borzois on diamond leashes. It’s quite the spectacle.”

“When did she become an art collector? Is Bernard there? I didn’t think he spent his money on anything but drugs and boats.”

“Bernard is nowhere to be seen. But if Kitty succeeds in acquiring this painting, they will immediately be considered the top collectors of Asian art in the world.”

“Hmm—I am missing out on all the fun.”

“So it’s down to Kitty, Araminta Lee, some Mainland couple that Corinna Ko-Tung is bidding for, and the Getty Museum. We’re up to ninety-four million on the painting. I know you didn’t set a limit, but I just want to be sure you want to keep going.”

“The Mainlanders have finally dropped out—poor things, they look like they’ve just lost their firstborn child. We’re at one hundred and five.”

“Cassian, I don’t care how much you beg, I’m not letting you eat microwavable mini sliders. Think of all the preservatives in that beef—put them back!”

“This is Guinness book territory here, Astrid. No one has ever paid this much for a Chinese painting. One ten. One fifteen. It’s Araminta against Kitty. Keep going?”

Cassian was trapped inside the ice-cream freezer. Astrid stared at her child in exasperation. “I have to go. Just get it. As you said, this is something the museum ought to have, so I don’t really care what I have to pay.”

Ten minutes later, as Astrid stood in line at the checkout counter, her phone rang again. She smiled apologetically at the cashier as she took the call.

“Sorry to bother you again, but we’re at a hundred and ninety-five million now—your bid,” Oliver said, sounding a bit frazzled.

“Really?” Astrid said, as she snatched away the Mars bar that Cassian was trying to hand to the cashier.

“Yes, the Getty dropped out at one fifty, and Araminta at one eighty. It’s just you against Kitty, and it looks like she’s hell-bent on having it. At this point, I can’t in good conscience recommend it. I know Chor Ling at the museum would be horrified to find out you paid this much.”

“Even so. Astrid, I know it’s not about the money, but at this price, we’re in idiot territory.”

“How annoying. You’re right—one hundred and ninety-five million is just silly. Let Kitty Pong have it if she wants it that badly,” Astrid said. She fished a stack of super-saver coupons out of her purse and presented them to the cashier.

Thirty seconds later, the gavel went down on The Palace of Eighteen Perfections. At one hundred and ninety-five million, it was the most expensive Chinese work of art ever sold at auction. The glittering crowd burst into deafening applause as Kitty Pong preened for the cameras, the flashes going off like IEDs in downtown Kabul. One of the Russian wolfhounds started to bark. Now the whole world would know that Kitty Pong—or Mrs. Bernard Tai, as she now insisted on being called—had indeed arrived.

I love that image. One of the wealthiest women in Singapore shopping for groceries at the super market with super-saver coupons while trying to purchase art for over a hundred million dollars. This is a small picture of the dual lives of the wealthy. On the one hand, they can afford almost anything. On the other hand, wealth is what you save, not what you spend.

In areas of life that are unimportant to their goals, the rich are frugal to the point of being miserly in their spending. They might take their lunch in a brown paper bag, enjoy activities that are free, clip grocery coupons, fly the red-eye stand-by, not flush every time, buy a used car, live in a modest house, or even repair their shoes with duct tape.

However, when it comes to what is important to them, they are willing to spend money. They are willing to take financial risks. They invest their wealth in the markets, their businesses, and themselves, and they spend their money on their life goals.

For Astrid Leong, that is art, including fashion, jewelry, and paintings, but not groceries, She clips coupons, enjoys activities that are free, lives in a modest house, and purchases earrings that cost millions.

This is life planning. What is the money for? Know the answer and you can live as happily as the Crazy Rich Asians… or perhaps even happier, as hopefully your life can have less drama than the movies.