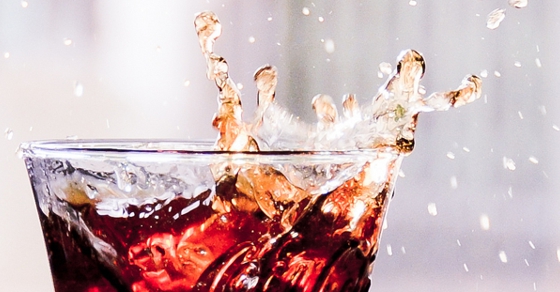 Ensuring that you have a comfortable retirement isn’t all about making lots of money during your peak earning years or finding financial loopholes. Both of those certainly help, but small lifestyle changes maintained over a long period of time can have surprising effects on your retirement.

One such change is considering, if you drink sodas, where you consume them. When you’re at a restaurant, it’s easy to order a drink instead of water without thinking twice. But even though most people know that sodas at amusement parks are extraordinarily expensive because of the captive-audience dynamics, restaurant sodas aren’t much cheaper.

You can expect to pay $2.50 for a soda at a restaurant. If you ordered water instead and bought a case of soda cans at the grocery store to drink with home-cooked meals, you’d probably pay $5 for 12 cans. That’s 42 cents per soda. At a restaurant, you’d get about one can’s worth of soda for six times the cost. Next time you order a soda while you’re out, remember that you’re drinking one soda and being charged for half a case.

There are two ways to attempt to get your money’s worth at a restaurant, but neither works well. Refills are usually free, but you’d have to drink six glasses to break even with grocery store prices and waiters are often too busy to refill your glass five times. Splitting a soda with a spouse seems like it would help, but only if you would have each gotten a separate soda and even splitting the drink, it would be cheaper yet to split the same number of sodas at home.

It would be easy to ignore this cost discrepancy, and continue buying sodas at restaurants because they complement your meals, you don’t get them often, and they only cost a couple extra dollars. That may be true for now, but let’s look at how compound interest changes the equation.

If those savings were kept invested in a diversified portfolio, they should gain, on average, 6.5% over inflation per year. If you keep the habit of drinking sodas at home instead of out, these savings would repeat and compound every year. After ten years, changing this one habit would make you $1,416.91 richer. Over twenty years, the compound interest you earn would itself compound, bringing instead $4,076.64. The savings increase if you keep the habit longer or drink soda at restaurants more often than once per week.

Put another way, if you make $35 per hour, the $105 in yearly savings from switching to drinking sodas at home translates to three hours of time. Is it worth working for three extra hours just to drink the same drink in a different location?

$1,416.91 is a small step towards a more comfortable retirement. But it’s an easy one to make with a reward much greater than its cost. After all, this is not from giving up soda, just from changing where you drink it. (Giving up soda saves another $25 per year, which is an extra $337.36 over ten years and $970.63 over twenty).

Changing where you drink soda is a small step. But enough small steps can make a huge difference in your savings.