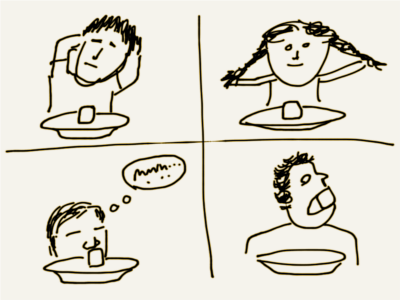 Much can be learned from a marshmallow snack. Research shows that children who learn the power of delayed gratification are more likely to be successful in school and in their careers. The ability to restrain instant gratification in pursuit of far-off rewards is also a core characteristic of a disciplined investment plan, which is why this study is important for both parents and investors.

In the late 1960s, a five-year-old named Craig Weisz was presented with a tempting offer. Walter Mischel, a research professor from Stanford University, gave him a marshmallow and said that he (Mischel) needed to go out of the room for a few minutes. If Craig did not eat the marshmallow during that time, he would be rewarded with a second marshmallow. Those who have years of practicing impulse control may have a hard time imagining the agony this proposition would cause a young child.

This study has been reproduced many times over, and the videos of the children participating, one of which can be accessed here, are quite entertaining. Some stare closely at their target; others try to distract themselves by singing. One child hits his head on the table, and another pulls his hair while waiting. Some start off by licking the marshmallow, and others take tiny bites before consuming the rest.

Michel continued to track the behavior of all these students through adulthood. The results of his research showed an overwhelming connection between the power to delay and high academic and professional achievement. The delayers also displayed lower levels of obesity and were less likely to use narcotics. They had developed a strong future time perspective.

I was especially interested in the fact that the children who came from poorer backgrounds were more likely to eat the marshmallow immediately. This makes intuitive sense because these children are more likely to have experienced insecurity at home. I would guess that some may have endured a time when there was no food in the house at all. Others may have suffered when money they had saved was taken by another family member to pay for groceries or some less essential purchase.

My point is that you need to have a basic level of trust in the security of a system before you will delay. If there is great risk to saving part of your allowance, you learn quickly that it’s better spent than saved. The ability to delay is probably due in part to our specific genetic makeup (Craig ate his marshmallow but his sister did not), but it is also highly dependent on the environment in which we have been nurtured.

Researchers are now looking for ways to teach delayed-gratification. Mental distraction is one such tool when tempted with instant gratification. The children who took to singing were exercising this strategy. Mischel also taught children to pretend the marshmallow was only a picture surrounded by an imaginary frame. By mentally shifting the marshmallow from the plate in front of them to a pretend place, children who were barely able to wait 60 seconds learned to delay for the entire 15 minutes.

Like the marshmallow study, investing requires putting something smaller at risk with the expectation that it will double over time. Disciplined investors have exercised these muscles of delayed gratification for many years. And like the marshmallow study, investment discipline also requires trust. No one will invest if they believe they may not be treated fairly or if they think the result too unpredictable. To encourage risk taking, investors need to have a reasonable expectation that they will receive their capital back with appreciation.

Parents can encourage these traits of delayed gratification in their children by teaching them mental tricks to cope with hot impulses. Assuming you have a robust investment strategy, disciplined investors also need to nurture mental games that encourage delay. Learning to avoid these hot impulses can be particularly challenging for investors because the financial media is more likely to capture your attention by inflaming the very emotions you wish to control. And while the children sang and played mental games to redirect their attention for a time, adult investors will need to develop their own coping mechanisms. For many, this will involve seeking counsel in a trusted financial adviser.