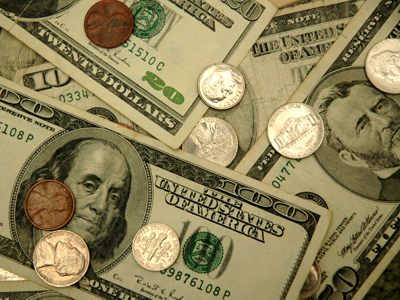 Lavonne Kuykendall’s recent article in Investment News, “Advisers’ two toughest words: ‘Save more’” was about how “even the wealthy aren’t setting aside enough, but changing behavior is a struggle.”

It is no secret that many middle-class Americans aren’t saving enough for retirement, but according to financial advisers, a surprising number of their higher-income clients are in the same predicament and need help to turn things around.

“I see people making $600,000 a year who won’t be able to maintain their lifestyle in retirement,” said Susan C. Elser, president of Elser Financial Planning Inc.

“People tend to make decisions for immediate gratification, because they are treating their future self as a stranger,” said Mr. Ersner-Hershfield, whose research uses age-morphing video technology to show people how they will look when older. “The more similar people felt to their self in the future, the more assets they wanted to save.”

Sometimes the hardest part of getting clients to save more is getting them to take the first step, and not everyone comes around, said Mr. Hinojosa and other advisers.

I heard famed psychologist Philip Zimbardo lecture on his book, “The Time Paradox.” He explained how the default is to make decisions for immediate gratification, that is to live in the present. We all live in the present and the future is an abstract concept of imagined reality. For those who are not well-versed in future oriented thinking, age-morphing video technology may help train people to be more future oriented. After Professor Zimbardo’s lecture I corresponded with him and wrote a column on “Financial Time Perspective” in which I noted:

People who live in the future are by far the most successful. Western civilization rose and prospered because of our future-oriented culture. Unlike present hedonists who live in their bodies, Zimbardo writes, “Futures live in their minds, envisioning other selves, scenarios, rewards, and successes.”

He explains that you can test for future thinking as early as age four by giving children one marshmallow and telling them if they wait until you get back to eat the marshmallow, you will give them another one. Interestingly, children who have learned to delay gratification at age four score an average of 250 points higher on their Scholastic Aptitude Test (SAT) 14 years later. It isn’t that time orientation is determined by age four. In fact, Zimbardo argues we are all born as present hedonists, seeking pleasure and sustenance while avoiding pain and bitter tastes. But by age four it is already apparent that some children live in an environment that encourages a future orientation.

Futures make money. They earn more. They get more education. They get better jobs. But most importantly, they save more and spend less. They discuss finances with their children and model future-oriented choices every day for the next generation.

Comprehensive wealth management is based on the idea that small behavioral changes can make large financial differences over long periods of time. Probably the easiest way to change is to order the routing of your paycheck in order to be an automatic millionaire by simply paying yourself first. The Investment News article continued:

Some people “need to hit bottom” before they change, Ms. Elser said.

Don’t hit bottom before you structure your investments to grow rich.