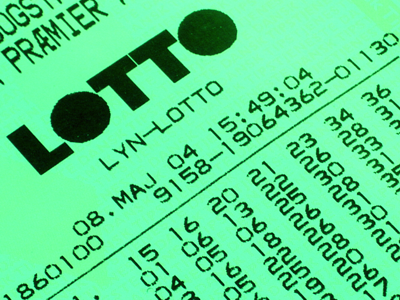 Surprisingly, studies show that onetime windfalls can actually impoverish you. They make you feel rich, which inevitably leads to overspending. But wealth is what you save, not what you spend.

Either of these scenarios will make you poorer. One goal of wealth management is to increase the amount you can spend each year rather than adopting a lavish lifestyle followed by thrift and austerity. A lifestyle is defined here as everything you can do with money, including generous donations to the charities of your choice. The goal of an ever-increasing lifestyle is not to consume more each year but rather not to allow your choices to outpace what you can continue to maintain. A year of living extravagantly is foolish if it isn’t sustainable.

Consider this extreme example to see why spending even 40% of a onetime windfall breaks this principle. Imagine that instead of an annual salary you receive all your lifetime earnings in one $2 million lump sum at age 20. Spending 40% the first year is neither maintainable nor advisable. After blowing $800,000 the first year, you have reduced your potential standard of living by 40% for the rest of your life. Getting $1.2 million at age 21 is barely half as good as the original deal. Not only is your future spending severely diminished, but your expectations after a year of an $800,000 lifestyle are extremely inflated. You will struggle not to spend at least $400,000 the next year and may still feel slighted.

It is easy to expand your lifestyle and spending but very difficult to contract. Even if you give most of the $800,000 to charity, the organizations will want those funds again the following year. Prudent spending, even charitable giving, often involves continuous annual spending over a long period of time.

If your windfall is a once-in-a-lifetime event, only spend a very small percentage of it. If you are young, 3% would be reasonable and sustainable indefinitely. Saved and invested in a diversified portfolio, you should be able to earn at least 3% more than inflation.

The second year you can again spend 3% of the increased $2,100,000 amount, or $63,000. This will offer you the same lifestyle because prices are now 5% higher. As your portfolio increases 8% each year, you spend 3%. The other 5% simply keeps up with inflation.

Most people believe they are doing well when they save 60% of a windfall and contain their celebration to only 40%. Don’t be fooled. It’s like saying because it is OK to have a glass of wine every night why not just have 150 in one night and then not drink for the rest of the year. Moderation matters. You can’t restrain your lifestyle and still spend 40% of a large windfall.

If you don’t adjust your lifestyle spending, you will jeopardize your retirement plan. Progress toward retirement is measured by how many multiples of your standard of living you have saved. At age 40 you should have about 10 times your annual spending saved. If you spend about $60,000, you should have $600,000 saved.

You might think a windfall of $400,000 could only help your retirement plan. Now you have $1 million! Surely you should be able to spend more now that you are a millionaire.

You are better off, that’s true, but only if you don’t spend any of the windfall. If you do, you will have increased your lifestyle. That translates to increasing the amount you should have saved by age 40 as well as the amount you need to save each year to stay on track toward retirement.

Increasing your retirement goal also means increasing your annual saving toward that goal. You should be saving an additional 15% of your lifestyle each year. At $60,000, saving 15% meant saving $9,000 a year. But with your lifestyle now at $100,000, you ought to save $15,000 a year. Sustaining that increased level of savings will mean a lower standard of living in future years.

Escalating your lifestyle anything more than slightly can ruin your retirement plan. You can increase your spending each year by just 3% of any windfall. There are really few exceptions to that rule. Only a small number of families are sufficiently disciplined to rein in their celebration and save 97% of a windfall. Be one of those few. Build real wealth by saving and investing. In the end, your investments will be a dynamic engine of wealth creation and you’ll enjoy financial peace of mind.