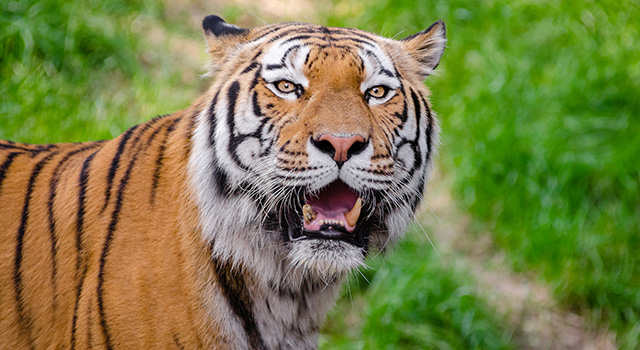 Many consumers feel safer at a big-name brokerage house. They should not.

I’ve written about the hidden fees of commission-based firms and how they obfuscate the way they get paid by calling themselves “fee-based” rather than “fee-and-commission based.”

More recently I wrote about how Securities America overcharged their clients $1.54 million which the Securities and Exchange Commission (SEC) only discovered when the company self-reported their gouging to FINRA.

And I also wrote about how Ameriprise has dedicated about 400 people (at an expense of $11 million in just six months) on how to comply with the letter of the new Department of Justice ruling and still keep collecting those hidden fees.

Yet, all of this compliance expense does nothing to curb wayward advisors.

Few or none of the 10,000 Ameriprise advisers are among the 400 lawyers wrestling with compliance issues and what it means to act in a fiduciary capacity. It is relatively easy for an adviser who has a 400-lawyer compliance department to endure some annual compliance continuing education and yet never understand what attitudes and behaviors need to be changed. And it is difficult for any organization to oversee 10,000 advisers who have incentives for bad behavior in the form of commissions.

At smaller firms there is no compliance department, and that can benefit their clients.

In small firms one advisor wears the Chief Compliance Officer (CCO) hat. The CCO is tasked with a host of evolving duties which include reviewing the firm’s trading practices, reviewing the firm’s marketing, training staff on compliance, and overseeing the culture of compliance. The latest edict from the SEC also adds overseeing firm continuity and cyber security. I have served as both CEO and CCO of our firm since its inception.

Since smaller firms have neither 400 people nor $11 million to help them comply with the explosion of compliance regulations, in her InvestmentNews article , Liz Skinner suggests that “unless firms can spend $200,000-plus a year they shouldn’t keep most compliance functions in-house.”

We took a different path.

In 2005 I wrote about our training at the Center for Fiduciary Studies:

The Foundation for Fiduciary Studies has taken the existing legislation from the Employee Retirement Income Security Act (ERISA), Uniform Prudent Investor Act (UPIA), and the proposed Uniform Management of Public Employees Retirement Systems Act (MPERS) and created twenty-seven practices representing the breadth and scope of a fiduciary’s investment duties and responsibilities. Each practice is substantiated with a reference to one of these laws, and when applicable is supported by case law and/or regulatory opinion letters. Prudent Investment Practices, the published handbook that describes these practices, was co-produced by the Center and the American Institute of Certified Public Accountants (AICPA). The legal review of this handbook was completed by the law firm of Reish Luftman Reicher and Cohen.

AIF Designees have passed a comprehensive examination on the 27 Prudent Investment Practices that formed the basis of their training. Designees are also required to strictly adhere to continuing professional education requirements which keep them abreast of recent events in the industry that are affecting every fiduciary.

After our training, we worked to determine how to best implement each of the 27 Prudent Investment Practices.

In 2009, I wrote a series of articles which became our Safeguarding Your Money series, explaining why we do not think it prudent to engage in certain investment strategies. Two years later, we summarized those principles into our Ten Questions to Ask a Financial Advisor, an article which was a finalist in the Center for Fiduciary Studies article competition.

We also wrote much of our manual as principles rather than rules. A values- or principles-based set of goals results in a very different culture and behaviors. For example, our compliance manual reads in part:

All client correspondence, advertisements, publications, distributed materials, or other marketing documents should aim to be as truthful, representative, complete and not misleading as possible.

Among other things, such content should show the risks of investing along with the potential for appreciation.

A rules-based manual would have a set of guidelines for how untruthful, incomplete or misleading you can be without violating the rules. Or there would be a set of standard disclaimers to include, such as small text claiming “past performance is no guarantee of future results” alongside a phenomenal five-year performance of some lucky fund which has little chance of being repeated.

Compliance has been changing recently with the Department of Labor’s new fiduciary ruling.  They set rules in the same way that the USDA sets rules for how much industrial solvent, irradiation, or genetic engineering can be used and still call a food “certified organic.” It makes a mockery of the principle of striving to be as naturally organic as possible. In the same way, by making a set of rules that allow big brokerage firms to continue their conflicts of interest, the Department of Labor has weakened the fiduciary standard. We are heading toward “certified fiduciary”. As we see most frequently in politics, complying with the rules is not always ethical.

Consumers would do best to seek a firm where the values and principles of a fiduciary standard permeate the entire culture of the firm rather than one where compliance is simply a set of rules.