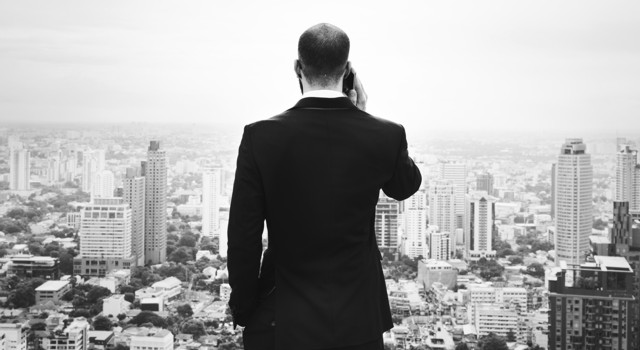 Consumers often presume that an advisor associated with a large commission-based brokerage firm will have a team of managers supervising their advisor. This is a misconception.

At large firms, compliance is often done by a team of lawyers at corporate headquarters, while the individual advisor at a large brokerage firm may have no more compliance, ethics training, or oversight than whatever seminar attendance is required every two years.

One of the most common Securities and Exchange Commission violations found at large firms is failure to provide adequate supervision and monitoring of what their commission-based advisors were doing, often in order to generate the largest possible commissions. Incentives matter. With the wrong incentives in place, it can be difficult for even well-intentioned advisors to overcome the subconscious temptation to rationalize their actions.

I recently read Bruce Kelly’s article for InvestmentNews which showed how Ameriprise was fined $4.5 million for failing to appropriately supervise representatives who were stealing client funds. Kelly reports:

Brokers forging client signatures and creating phony wire transfers were at the heart of the frauds revealed Wednesday when the Securities and Exchange Commission said that Ameriprise Financial Services will pay $4.5 million to settle charges that it failed to safeguard retail investor assets from theft by its representatives.

Obviously only a small number of Ameriprise representatives stole client assets, but the fact that they did shows that Ameriprise failed to adopt and implement policies and procedures “reasonably designed to safeguard investor assets against misappropriation by its representatives.”

The litany of theft which was allowed shows being part of “a large firm” does not mean that there is anyone watching out for your best interests, let alone protecting you from outright theft.

One mother and daughter Ameriprise team in Minnesota “forged client signatures on dozens of Ameriprise forms, including those to change the address of a client, to disburse funds via check, and to transfer funds by wire,” according to the SEC’s order. The two stole $1 million in client money.

For instance, on at least two occasions, the two brokers separately or together changed the addresses of two clients to the broker’s office address as well as the home address, according to the SEC. Both addresses were known to Ameriprise to be associated with and controlled by the brokers. The compliance and supervisory policies failed to detect the unauthorized address changes, according to the SEC.

Another Ameriprise broker from Virginia stole $200,000, wiring money from a client account, according to the SEC, using an outside business known to the firm as the destination for the client’s money.

“Even though it should have been apparent that [the adviser] was attempting to wire money from a client account to an external party under his control, Ameriprise approved the transfer,” according to the SEC.

Another broker in Ohio stole $373,000 from Ameriprise accounts. His fraud was discovered in 2013 “when an office employee found evidence in a trash can that [the broker] had been attempting to copy the signature of a family member from whom he was attempting to steal funds,” according to the SEC.

Compliance is best done by developing a culture of compliance through a larger fiduciary responsibility. It is best implemented in firms that eliminate the conflicts of interest inherent in a commission-based system of pay.

If you are with a commission-based broker, consider switching to a fee-only fiduciary.