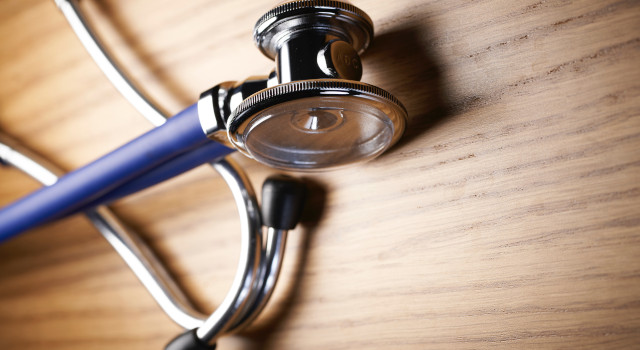 Although Epstein makes it clear that there is more going on than just doctor’s compensation, he also concedes, “It is, of course, hard to get people in any profession to do the right thing when they’re paid to do the wrong thing.”

He tells one story of John Christoforetti, a prominent orthopedic surgeon in Pittsburgh. Christoforetti knows that many patients have a meniscal tear on an MRI but should not have surgery as initial treatment. However, many patients want the surgery. Educating patients that surgery isn’t the right first step can be challenging. As Epstein writes:

Still, the surgery—like some others meant for narrower uses—is common even for patients who don’t need it. And patients themselves are part of the problem. According to interviews with surgeons, many patients they see want, or even demand, to be operated upon and will simply shop around until they find a willing doctor. Christoforetti recalls one patient who traveled a long way to see him but was “absolutely not a candidate for an operation.” Despite the financial incentive to operate, he explained to the patient and her husband that the surgery would not help. “She left with a smile on her face,” Christoforetti says, “but literally as they’re checking out, we got a ding that someone had rated us [on a website], and it’s her husband. He’s been typing on his phone during the visit, and it’s a one-star rating that I’m this insensitive guy he wouldn’t let operate on his dog. They’d been online, and they firmly believed she needed this one operation and I was the guy to do it.”

Having a professional who does not benefit from the advice they give helps remove this “whatever you want” mentality. A parrot, although agreeable, is a bad advisor. Good advisors are disagreeable. Sometimes the best advice is when a competent advisor tells you that you are wrong. When they protect you from “The Big Mistake” and stand as strong opposition in the face of pressure.

Separating compensation from advice means that at least your advisor will be upset if you do the wrong thing.

It is lame to drive all the way to a talented surgeon only to be told that surgery is not the solution. Epstein has a “good for Christoforetti” vibe in his writing about the story for overcoming monetary incentive and giving the right advice. But what might have happened if that surgeon was not paid by the appointment? Do you think he would have asked the family to drive the long way to come into his office? Or might he have started with a phone consultation, email questionnaire, or survey? Incentives matter.

What your professional is paid for will inevitably change what kind of service they offer.

For these reasons, there are no incentives for doctors to keep up to date on the latest medical recommendation or to advance the field of medicine in any way. As Epstein writes:

Brown, the Washington University cardiologist, says that once doctors get out of training, “it’s a job, and they’re trying to earn money, and they don’t necessarily keep up. So really major changes have to be generational.”

Medical school professors have an incentive to be seen as working on the latest developments of their specialty. For this reason, they are incentivized to keep their knowledge up to date and advance the field. They teach the medical students of tomorrow. However, those medical students, after they leave the academic setting, have much less incentive to advance themselves or their field. Their knowledge goes stale and their advice progresses from maybe helpful to known to be dangerous without them ever knowing it.

Is there a solution for the medical field? Not an easy one.

A 2011 survey found that 47% of surveyed investors prefer paying commissions compared to a fee based on assets, retainer fees, or hourly fees. Commissions are hidden out of sight, bundled into a higher expense ratio or slid away from an investment as it is purchased. You can forget that you’re even paying the professional at all and delude yourself into thinking that they are giving you this service as a gift of love alone.

Alas, we believe the commission-based world is both more costly and provides a lower quality service than a fee-only model. Most if not all fee-and-commission based advisors have convinced themselves that they are putting their client’s interests first despite the inherent conflicts of interest in the compensation methods of their companies. They sleep at night with an ignorant but clear conscience, many not even knowing how much their clients actually pay.

Photo by Bill Oxford on Unsplash