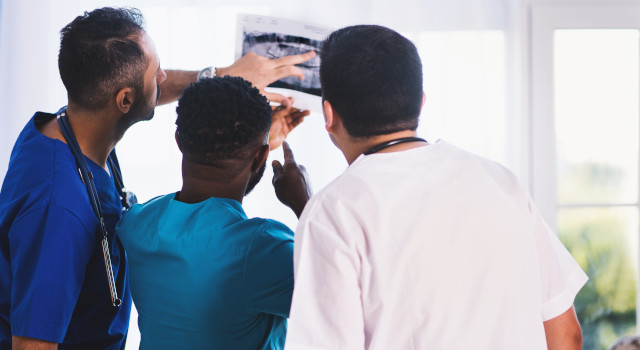 Lesson 2: “Doing Something” is Often Worse

On the topic of stents, Epstein writes:

Almost to a person, the cardiologists, including those whose incomes were not tied to tests and procedures, gave the same answers: They said that they were aware of the data but would still send the patient for a stent. The rationalizations in each focus group followed four themes:

(1) Cardiologists recalled stories of people dying suddenly—including the highly publicized case of jogging guru Jim Fixx—and feared they would regret it if a patient did not get a stent and then dropped dead. The study authors concluded that cardiologists were being influenced by the “availability heuristic,” a term coined by Nobel laureate psychologists Amos Tversky and Daniel Kahneman for the human instinct to base an important decision on an easily recalled, dramatic example, even if that example is irrelevant or incredibly rare.

(2) Cardiologists believed that a stent would relieve patient anxiety.

(3) Cardiologists felt they could better defend themselves in a lawsuit if a patient did get a stent and then died, rather than if they didn’t get a stent and died. “In California,” one said, “if this person had an event within two years, the doctor who didn’t [intervene] would be successfully sued.”

And there was one more powerful and ubiquitous reason: (4) Despite the data, cardiologists couldn’t believe that stents did not help: Stenting just made so much sense. A patient has chest pain, a doctor sees a blockage, how can opening the blockage not make a difference?

Chances are, you or someone in your family has taken medication or undergone a procedure that is bio-plausible but does not work.

Even if all four of these sentimental or pragmatic justifications are true, doing the wrong thing is still worse than doing nothing.

You are hiring a professional because you don’t know as much as that professional about the service. This makes you vulnerable to abuse.

Healthcare providers want to be seen “doing something,” and they are paid more the more invasive the care that they recommend. Thus, the temptation and confirmation bias errs on the side of doing too much. This could mean unnecessary cost, harm, and even death.

Commission-based brokers want to be seen “doing something,” and they are paid more the more costly the products are that they recommend. Thus, the temptation and confirmation bias errs on the side of wasting your money. This could mean unnecessary cost, loss of your financial freedom, or even bankruptcy.

However, fee-only financial planners who charge based on assets under management receive more compensation only if you have more money. It is like a doctor being paid more only if you are healthier each year. When you couple this compensation model with an advisor who strives to offer comprehensive wealth management, you are receiving one of the best levels of care in the industry.

Comprehensive wealth management is a nearly infinite service. It ranges from something as important as calculating a safe withdrawal rate for retirement or designing a customized Roth conversion plan to something as small as computing the taxable interest paid by mutual funds, exchange-traded funds, and money market funds which hold U.S. debt obligations for a deduction on your state income tax return.

For many financial planning services, a commission-based advisor may have little or no incentive to offer quality service since there is no product paying a commission. However, for a fee-only comprehensive wealth manager, the primary offer is comprehensive wealth management itself which provides the incentive to offer quality analysis.

Photo by EVG photos from Pexels