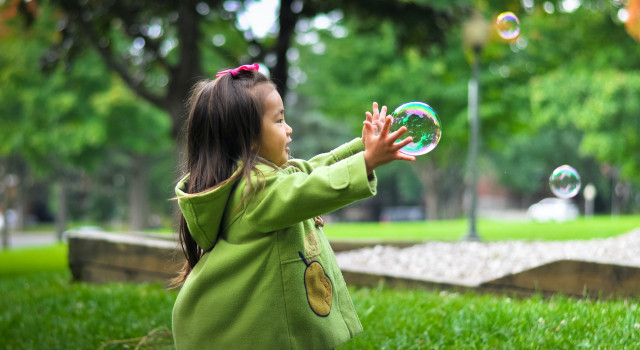 It is not a mistake to have invested in something that goes down. There is a big distinction between unfortunate market movements and a mistake in purchasing something. Short-term market movements can be upsetting but should not shake a well-crafted investment strategy.

Some investors have the philosophy that they will never sell a position for a loss. Unfortunately, the source of this strategy comes from the mental fallacy of loss aversion. Those who fall prey to it say, “I know how to never lose money: never sell what is down.” Although this may be appropriate in illiquid assets, it is not the best strategy for the stock market. You can lose money waiting for a holding to recover.

In rebalancing, the most common action after having a sector go down in value is buying more of it. That being said, even though a holding has gone down, there can be several advantages to selling it anyway.

Here are six reasons you may want to sell for a loss.

A few years ago though, Franklin Templeton created the new funds Franklin FTSE Australia ETF (FLAU) and Franklin FTSE Switzerland ETF (FLSW). Each of these funds have an lower expense ratio of 0.09% as well as several other attractive features.

If you refused to sell the iShares funds while they were down, that would mean that you would lose a minimum 0.38% (the difference in expense ratios) annually.

In contrast, selling the iShares fund to buy the equivalent Franklin Templeton fund is unlikely to significantly change your gains while guaranteeing to save you money on the expense ratio.

Some investors believe that the job of an investment professional is to analyze those individual stocks for the best return in the near future. Under this view, each year’s investing is like laying bets on a horse race. The financial advisor acts as a bookie with the power to lay bets for their customers. And you trust your advisor only to the extent that you believe your bookie has researched each horse’s bloodlines, who their trainer has been, what jockey is riding them, who they are competing against, what type of field they will be running on, and how fast they have been running in their practice races.

We do not recommend that you buy individual stocks.

The lifetime return of many individual stocks is -100% as they ultimately go out of business. Long-term studies find that only 50.9% of stocks generated a positive return over 90-years. The most important statistics: only 3.8% of individual stocks produced a return greater than the value-weighted market and only 1.2% beat the equal-weighted market.

Selling an individual stock while it is down in order to diversify into a fund that meets the same goal in your investment strategy is a strategic move. There will exist lottery winners you would have made more money to stay with, but historical data suggests that in general more diversification gains a greater, more stable long-term return.

In addition to regularly rebalancing client portfolios, we analyze future price-to-earnings ratios (called “forward P/E ratios”) monthly to overweight sectors where earnings appear cheap and underweight those where earnings appear expensive based on historical valuations. This strategy of tilting towards cheaper funds and away from expensive ones is called Dynamic Tilt.

Forward P/E ratio is calculated by dividing the current price per share by the future expected earnings per share.

If the expected earnings stays the same, then when the price of a fund goes down, the P/E ratio would go down as well. A small forward P/E ratio compared to historical averages suggests that the fund is undervalued, meaning you can buy a large amount of expected earnings for a small price. This is like the fund being on sale and the dynamic tilt would suggest tilting towards the sector.

Tilting away from a sector that has gone down sometimes means that the new target lowers to meet the fund at its current percentage of the portfolio. This would be equivalent to holding the security without buying more. Other times, you might buy more but just not as much as your previous allocation would have suggested. Still other times, tilting away might actually mean selling some of your holdings to arrive at the new target allocation.

This last possibility would mean selling the sector for a loss in order to buy a different sector your strategy suggests tilting towards.

Valuations based on forward P/E ratios are suggestive not predictive. We believe that this dynamic tilt adds another layer of contrarian rebalancing to help boost returns which is why we adjust the tilt of target sector allocations monthly.

Holding onto a sector because it has a loss even though it appears to be overvalued might mean that you miss out on the higher expected returns that an undervalued sector is more likely to experience.

In this way, there is an opportunity cost to ignoring the dynamic tilt.

4. Rebalance during down markets.

Even the most brilliantly crafted investment plan has to be given time to work. The markets are inherently volatile but also inherently profitable. When you start investing in the markets, you are very likely to see many highs and lows as the market gyrates before you see permanent gains.

Because asset allocation involves crafting a portfolio out of many sectors which have low correlation, one component of your portfolio certainly will experience an early loss. Diversification means you will always have something to complain about.

Perhaps the most important part of implementing an investment plan is the wisdom to know when one category doing poorly means you should do something and when it means nothing.

We don’t want to be the foolish investor who sells at the bottom only to reinvest at the top of the next bubble.

That being said, the primary question to help you discriminate between a brilliant investing strategy and a mistake is: Do you have sufficient data to justify the long-term mean returns you want?

Large institutional changes that redefine an industry, realizing that long-term historical data no longer justifies your allocation, or realizing that overweighting a specific country or industry no longer makes sense might all be reasons to change your investment strategy.

Changing your investment strategy while the markets are down can be scary, but failing to make the change might mean missing out on superior historical-predicted returns elsewhere.

Capital losses are extremely valuable even though they represent an investment that has lost money. Obviously, no one purchases investments hoping that they will go down in value. However, the markets are inherently volatile. Investments often go down in value, up again, down again, up and down a few more times, and then eventually stay up.

Tax-loss harvesting is the strategy of selling something during one of those down movements to save money on taxes. Unfortunately, if all you do is sell the holding, you might miss the investment’s recovery when it gains value again.

For this reason, in addition to selling the holding for a loss, we usually want to buy something else in order to remain invested in the market category.

Our biological predisposition to loss aversion hurts many investment strategies. It drives some to flat-line, selling to cash and locking in losses in market downturns. Others fall prey to the fear of realizing a loss, refusing to diversify, harvest losses, or rebalance. Others still move more and more into bonds out of fear, impoverishing their futures in an attempt to prevent downturns.

Fighting against loss aversion is a struggle, even for the most seasoned among us. It does well though to remind us again and again that it is just a mental trick.

Design an investment strategy where you have the historical data to justify the return you expect. Then, give yourself the freedom to do what your investment strategy suggests. This gives you the best chance of meeting your goals over the long haul.

Photo by Leo Rivas on Unsplash