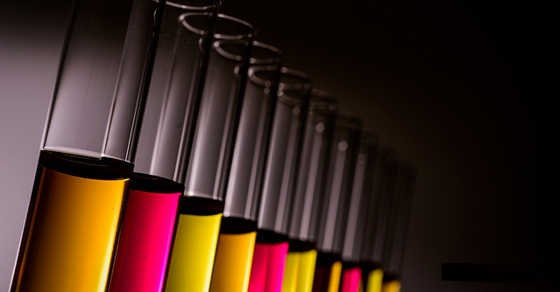 Rebalancing is the process of buying and selling assets in order to move your portfolio in alignment with its original target allocation.

The extra 2.25% return comes from rebalancing.

The portfolio experiences a 15% return during the first year and then is rebalanced. Half of the profits from investment A are sold and put into investment B where they appreciate the next year and receive a compounded return. This is an example of rebalancing both reducing the volatility and boosting returns. Rebalancing smoothed the returns to a consistent 15% each year and compounded returns adding a 2.25% bonus.

Yes, it would be wonderful to invest everything in A the first year and every in B the second year. If you had the precognition to do this, you would have earned 69%.

But this type of return is atypical. We are much more likely to chase returns than anticipate them. The worst scenario of this would be investing everything in investment B the first year. Then, enticed by the returns of investment A, selling B and investing everything in A the next year. In our example, this strategy of chasing returns would result in no return at all.

This strategy is sadly common because people wrongly believe that an investment is going up (present tense) just because it went up (past tense). Although some people talk about “the momentum of the markets,” the stock markets are more volatile than such simplistic language.

The rebalancing bonus becomes clear when looking at many decades of historical data. For any one decade, one of the investment choices will randomly have better returns and, with perfect hindsight, it will appear that you should have put everything in that winner. But none of us have precognition. Instead, investing in non-correlated asset categories and then rebalancing to that asset allocation has the best chance of seeing the gains of one asset class compound in a different class the next year.

There is a complex formula by which you can compute the bonus produced by the discipline of regularly rebalancing your portfolio. The bonus is increased when the correlation between the two investments is low and the volatility of each of the assets is high, as in our simple example.

Consider the example of three investments which each year have annual returns of -16%, 7%, and 30% but rotate which year each investment has each return. If you invest equally in each and rebalance every year, you would receive an average return of 7%. But if you start invested equally and don’t rebalance your return drops to 5.33%.

This is because if you don’t rebalance after a fund grows by 30%, then more money will experience the -16% return in subsequent years. In the same way, not rebalancing the money that experiences a -16% drop will mean that less money receives the upcoming 30% return.

When an asset class has just dropped significantly, it is difficult to sell some of the best performing asset class and buy more of your worst performing category. However, the greater the difference between asset class returns the higher the rebalancing bonus.

The markets are inherently volatile. They experience what is called “lumpy tails” which means there are more returns outside of the normal bell curve. The stock market’s normal volatility (18.9% standard deviation) suggests that there would be a rebalancing bonus of about 1.6% .

If the market were more stable, the rebalancing bonus would drop. At a 5% standard deviation for example, the bonus might only be 0.12%.

Rebalancing from stocks into bonds reduces your returns on average since bonds have a lower average return. There are several articles suggesting that rebalancing does not boost returns, but these are about rebalancing out of stocks and into bonds.

Moving into bonds may be a part of rebalancing, but the goal of such movement is not to boost returns. Bond allocations are useful to support portfolio withdrawals and limit risk.

Rebalancing can increase returns because market volatility makes it difficult, if not impossible, to predict which asset class will perform well in the future. The asset which recently went down may be the next to go up while the last to go up may be the next to go down. Thus, systematically rebalancing back to your asset allocation gives you the best chance of compounding and therefore boosting returns.