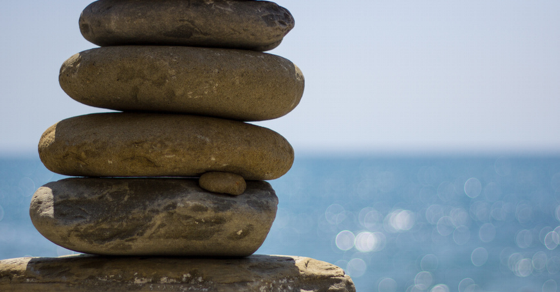 Last year I was given an article which reached this conclusion:

So is rebalancing necessary? Even though the media and Vanguard may have you think so, when you look at the evidence – even after a topsy-turvy stretch as 2008-2010 – there is little benefit when you think about risk.

It is unusual to see an article challenging the benefits gained from rebalancing. Here are a few of the articles on how regular rebalancing boosts returns and maximizes the long-term success of your retirement planning:

This particular article was published in the a special expanded 16-page issue of “The Independent Adviser for Vanguard Investors” newsletter, a paid subscription ($129/year) publication of Fund Family Shareholder Association which is edited by Daniel P. Wiener.

Wiener’s analysis consisted of looking “at the impact of time-dependent rebalancing on a 50/50 stock/bond portfolio using 500 Index and Total Bond Market as my proxies going all the way back to Total Bond Market’s inception in Dec. 1986.” He tried rebalancing every six months, every year, and every third year along with not rebalancing at all.

This is a flawed analysis of rebalancing.

Rebalancing bonus between stocks and bonds is not for the purpose of boosting returns. Stocks on average earn 6.5% over inflation. Bonds on average earn 3.0% over inflation. The more a portfolio allocates to stocks, the greater its average return should be. And if you start with a 50/50 portfolio, letting the stock side continue to grow out of balance should continually boost returns. Thus I would expect in Wiener’s case study the “not rebalancing at all” case to do the best. Oddly enough that is not what he found.

His statistics showed that the best strategy was annual rebalancing which had both the greatest return as well as the second lowest volatility. The amount was small. From this he concluded that “rebalancing’s benefits are minimal.”

Weiner went on in the article to try other methods of rebalancing, but he never returned to challenge the flaw in his initial set up of what it was he was rebalancing.