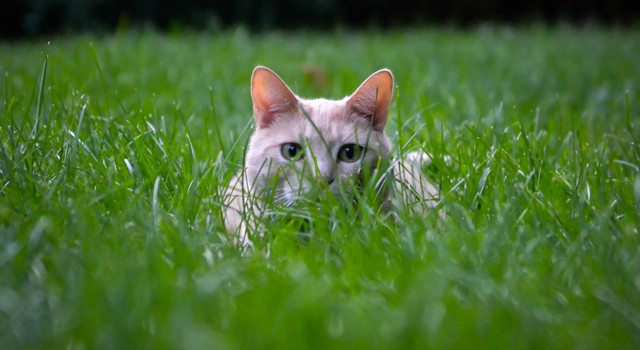 Helicopter parenting was a concept first mentioned in 1969 as the baby boomers reached elementary school and was later widely circulated in the 2000s as Millennials started college. Helicopter parenting is characterized by such a high level of parental involvement that the parents intercede (or interfere) on the child’s behalf at moments of conflict, discomfort, or uncertainty.

What if I make a mistake? They are always watching! Fear keeps some children in line.

I don’t need to bother trying. My mother will handle it. Dependence guides the actions of others.

What would my father want me to do? Instead of aspirations, some children have a need to please.

Helicopter parenting is comparable to what if, instead of kicking baby birds out of the nest to encourage that they fly, mother birds insisted that the babies ride on their backs and scolded them if they touched the ground by themselves. Some babies may learn to fly despite their mother. Others will get used to reclining on their mother and become completely dependent.

Antagonistic government surveillance is always on. We realize every type of technology could be watching us. And with all this knowledge, proponents of helicopter governments believe that they know what right for society as a whole. And if they believe that something is right for society, they will use the threat of governmental violence to force their idea on everyone else.

The progressive agenda asks the government to intercede (or interfere) on the public’s behalf at many moments of conflict, discomfort, or uncertainty.

Many parts of life require responsible decisions. Failure to do so creates predictable negative consequence. To save the public from those consequences, progressives ask the helicopter government to intercede for our behalf.

They call for universal health insurance in Obamacare and Medicare, universal retirement pensions in Social Security, and universal schools in the public school system. They call for hundreds of welfare programs to protect us from bad financial consequences.

What is more, sometimes it is our own decisions that are bad for us. Then, the helicopter government has to turn to control. If they won’t freely choose this, we’ll just have to force them. They propose a ban on sugary drinks, make biking without a helmet illegal, and place a punitive tax on tobacco.

But dependence is not good for our achievements, our psyche, or our health. Zoo animals eat free, don’t have to work, sit around, and die young .

The best zoos can prolong the lives of the animals by creating ways for them to work for their food. They introduce stress into their lives to keep them healthy. At the San Francisco Zoo, for example, the zookeepers hide the gorillas’ food all around their enclosure, scattering it across the ground, trees, and bushes, making the apes spend the whole afternoon hunting for it.

You could argue the welfare system does the same thing, expect that it is less beneficial to our health. Instead of just cutting a check to those on welfare, the helicopter government gives out mostly benefits that aren’t cash and requires beneficiaries to hunt throughout the whole bureaucracy to find them. Benefits include food stamps (SNAP, $6,312), supplemental food (WIC and TEFAP, $1,086), subsidized utilities (LIHEAP, $178), health insurance (Medicaid, $8,640) and subsidized housing (average annual housing assistance, $9,663) and then Temporary Assistance for Needy Families (TANF), the only cash benefit and an average of $4,668 in Virginia.

We normally recommend saving 15% of your income. However, if people on welfare applied this principle, they would have to save $4,582, essentially all of their cash benefit, and have little to nothing left to buy anything other than their food and shelter benefits.

That is why the lottery is the all-or-nothing savings fantasy of those on welfare. The old-fashioned slow-and-steady method of saving actually hurts their family financially as it endangers their eligibility for welfare benefits. But if they could just catch a windfall, perhaps they could escape their helicopter governmental zookeeper and acquire more freedom.

I used to be charitable about the government and took a “they know not what they do” stance on this issue. But on September 15, 2015, the Obama administration released an executive order titled “Using Behavioral Science Insights to Better Serve the American People” which created “The Social and Behavioral Sciences Team” to advise all other areas of government on how to nudge public behavior.

In the field of behavioral economics, bureaucrats try to guess what they believe to be citizens’ personal mistakes—decisions individuals would regret if only they were as rational and enlightened as government officials. But, not only are government officials subject to the same psychological errors as everyone else, they are also constantly nudged into decisions by political factors, such as firms seeking favors from government or logrolling, whereby one politician supports another’s bad decision in order to get his or her support in the future. This makes it unlikely that the government is actually looking after our best interests. What began as a benign effort may evolve into something truly scary.

How can a bureaucrat in Washington, D.C., determine what’s right for you when your needs are different from everyone else’s? Behavioral economics and “nudge” theories suggest that if you provide people with the right information through the right channels, they will be empowered to make choices that help them achieve their own goals. Sure, businesses already do this through marketing to consumers, but they do it in a competitive setting. The problem here is that government, in contrast, can act as a monopoly, making blanket decisions for a range of citizens. What’s worse, because government has coercive power, bureaucrats are equipped not just to influence people’s choices, but also to enact regulation to force choices. In the government’s hands, the nudge becomes a shove.

Behavioral economists have identified  hundreds of personal decision-making errors—that purport to show that we often act in ways we think are in our best interest but actually aren’t. But if we begin to recognize the correction of these errors as a legitimate function of government—with no constitutional constraints—there is absolutely no area of our personal lives that bureaucrats cannot try to shape. We the unwitting children in this scenario, along with our personal liberties and consumer preferences, will take a back seat to the preferences of the supercilious bureaucrats and special interests behind the wheel—who may ultimately drive us down a very slippery slope.

Both helicopter parenting and helicopter government are detrimental to individuals. We need autonomy. We need to be able to make our own decisions. We need the right to life, liberty, property, and the pursuit of happiness.

It is hard to escape a helicopter authority’s oppressive regime, whether it is parent or government. The powerful overlord needs to release its manipulative domineering hold before you can easily stand on your own. At best, it is a crutch holding you up. At worst, it is a ball and chain holding you down.

Photo by Ethan Weil on Unsplash