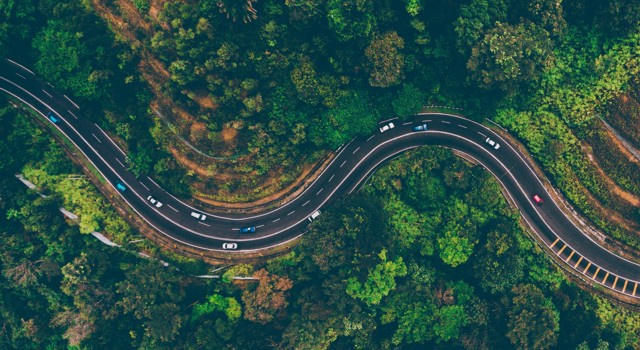 In 2017 as he approached retirement, James B. Cloonan , the founder and chairman of the American Associate of Individual Investors (AAII), wrote an article for the AAII Journal in which he reflected on the financial services industry and his career in running a financial education non-profit.

At the end of the article , he mentioned some of his regrets, writing:

Perhaps my greatest regret is not being able to convince as many investors as possible of what I feel is the most important lesson I have learned over the years: Real risk is the likelihood of not having the assets saved when you need them. Phantom risk is volatility that has little impact on the long-term investor. In fact, the long-term investor should love short-term volatility because the fear of it by most investors is what leads to the 10% annual returns that cannot be justified by risk alone.

On the other hand, money that is needed in the short term (less than three to five years) should be concerned with volatility and should not be in the stock market. Concerns with phantom risk lead to long-term portfolios with bond and cash allocations of 30% to 50%. This is a sure way to reduce your retirement nest egg from X to ½X. That is real risk.

The real risk of not having the assets saved when you need them is more devastating and more common than the daily market noise the news reports on.

Over long periods of time, cash is usually one of the riskiest investments and inflation one of the greatest dangers. Meanwhile so called, risk-free investments generally barely keep up with inflation.

It is a common and devastating mistake to forget about inflation. For investors who began working in 1970 and retired 45 years later in 2015, cash lost 83.83% of its purchasing power. It is as easy to lose half the value of your savings trying to keep your money safe as it is keeping you money fully invested.

Meeting your retirement spending depends on the rate at which your assets are expected to grow once you have retired.

At age 65, the safe withdrawal rate from a portfolio is 4.36% assuming that you have a well balanced portfolio of about 75% stocks (appreciation) and 25% bonds (stability). If you don’t have an appropriate asset allocation, then adjustments must be made in your safe spending rates. For a 65-year-old retiree who is invested primarily in bonds which are only just keeping up with inflation, we would reduce the safe withdrawal rate to 2.78%. If an investor decided to keep their money primarily in cash that does not even keep up with inflation, we would reduce their safe withdrawal rate to a mere 1.04% of their portfolio value. Investing mostly in bonds or cash results in a lower lifestyle in retirement.

Cloonan’s statement that “Phantom risk is volatility that has little impact on the long-term investor” is so wise.

Investors worry about investing in stocks because of their volatility, but the longer stocks are held, the lower the standard deviation of the average annual real returns. This is how the portfolio with the lowest volatility for a 30-year portfolio is 68% stocks and 32% bonds. The highest return is, of course, 100% stocks. Analysts often use a 1-year risk-return curve to analyze the volatility of an investment portfolio, but using a 1-year time horizon is probably not optimal. Using a 6- or 7-year risk-return curve would probably produce a more accurate efficient frontier of investing.

Given the lower mean return of bonds or cash, the only way for them to produce better returns is to actively switch to them during major market downturns. We believe the ability to time the markets in this way is very unlikely, so unlikely that it happens by statistical accident. Yes, there are people who publicly predict market down turns and then the market goes down. But there are even more people who predict dire market downturns and the market goes up instead. Asset allocation and regular rebalancing produces more consistent returns than a market timing strategy.

That being said, even bad market timing is better than not investing.

Our rule is that you should have the 5 to 7 years of the withdrawals you are taking in stable investments such as bonds and cash. We set this time period because at a seven-year holding period the bottom of one standard deviation in the S&P 500 Price movements is finally positive at +0.02% annualized. An investor with six years of spending in stable investments could weather market volatility and not be forced to withdraw from their portfolio during most bear markets.

Cloonan summaries the drawback of having 30% to 50% in cash or bonds by explaining, “This is a sure way to reduce your retirement nest egg from X to ½X. That is real risk.”

You should invest even when you are afraid. There are always dozens of reasons to be afraid of the markets. The stock market is inherently volatile, but it is also inherently profitable. Everyone would want to have invested as much as possible 30 years ago, even knowing all the so-called crises such as the stock market crash of 1987, the 1990 Correction, the Dot-Com Bubble bursting in 2000-2002, and the Financial Crisis and Crash of 2008.

Photo by Deva Darshan on Unsplash