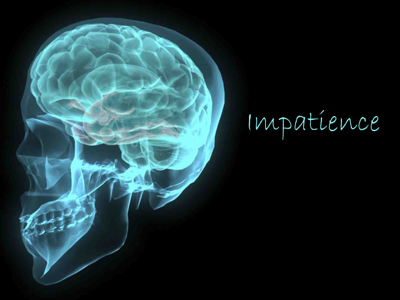 To process financial information, our minds often attempt unwise shortcuts. By understanding behavioral finance, we can limit the information we use and keep our decisions balanced and on track.

Financial information on the Internet is excessive and changes daily. This overload leads to excessive trading, which in turn results in lower returns. Studies suggest that analysts who depend on all this overwhelming advice make poorer decisions even though they feel more confident about them.

Another reaction to information overload is paralysis. When investors have one attractive option, they tend to invest. When they have two or more appealing choices, they may fail to act because they are afraid of making a wrong decision and looking stupid. This regret aversion motivates them to go with the status quo, which is often more costly than either of the promising alternatives.

Over the long term, the U.S. stock markets go up an average of 11% annually, beating inflation by about 6.5%. But to earn this great typical return, studies in behavioral finance indicate that we must be able to tolerate the year-to-year volatility.

In each of the last five years, the stock markets were up. The three years before that (2000 to 2002), the markets were down. Many people worry about the timing of getting into or out of the markets: Will 2008 be an up year? What about 2009?

If you are an investor, the odds are in your favor. But not everyone who buys and sells stocks is an investor. Some people play the markets looking for short-term gains and follow hot tips or quickly timed movements. These people are speculators, not investors.

Compare an investor with an orchard manager who goes to a nursery to buy some peach trees. He buys the trees because he understands about growing and selling fruit. He knows how to care for the trees, harvest the peaches, and deliver them to market. He understands what is involved across the whole spectrum of his business: from nurturing the natural juicy fruit to savoring it baked in a delicious peach cobbler.

Speculators buy some peach trees when they see the nursery’s supplies are dwindling. Then they stand in the parking lot hoping to resell the trees at a profit. Speculators do not care what they are buying or selling so long as the price moves quickly. So they never really buy peach trees. Speculators purchase snow blowers when the blizzard is forecast or generators as the hurricane gathers strength, or whatever else they think might show a short-term spike in price.

If the blizzard misses or the hurricane fizzles, speculators lose money. The possibility of more demand raises prices appropriately. If the likelihood increases, prices go up even higher. If the likelihood decreases, so do prices.

As soon as it is feasible, speculators sell quickly because they believe the spike is short lived and temporary. This tendency led to the investment truism “Buy on rumor and sell on news.”

In other words, even if speculators are right, their profits depend on being faster to buy and faster to sell. For the speculator, speed is everything. Not so for investors.

Investors, like farmers, substitute seasons of patient labor and care for speed and market timing. They make their money off the gradual growth in the value of their investments. In contrast, salespeople must keep their merchandise moving because their product isn’t getting any more valuable. They make their money off commissions on the transaction itself. For them, what is important is the speed and number of transactions. Brokers and those who sell “loaded funds” are salespeople, not peach farmers. Their livelihood depends on the number and rate of trades in an account. These incentives for speed can lead to abuses.

Frequent trading in an account for the purpose of gaining commissions is called “churning,” measured by the turnover rate in an investment portfolio. Turnover is the percentage of an investment account’s asset that are bought or sold during a year. Churning can be defined as a turnover rate of over 300%, meaning the entire portfolio value is bought or sold every four months.

An important criteria we use for equity mutual fund selection is a turnover ratio of under 50%. We advise you to be patient and try to ignore the market’s ups and downs.

Studies show that mutual funds with a lower turnover rate perform better. Short-term trading has a cost and usually reduces performance. To make money, speculators usually must guess the highs and lows in the stock market within six weeks.

This investment philosophy does not depend on what the markets did in the last four months or what they will do in the next four months. We can’t imagine a peach tree that would look good to buy and hold for only four months. Investing is like planting a peach tree: You have to wait for the fruits of your labor.

So don’t worry too much about the timing of getting in and out of the market. Focus instead on having a diversified enough portfolio to weather any market–up or down. Once you have a brilliant investment strategy, a successful investor’s greatest virtue is patience. As scientist and mathematician Georges-Louis Leclerc said, “Patience is genius”–and it is often the best defense against short-term noise that can ruin your long-term results.