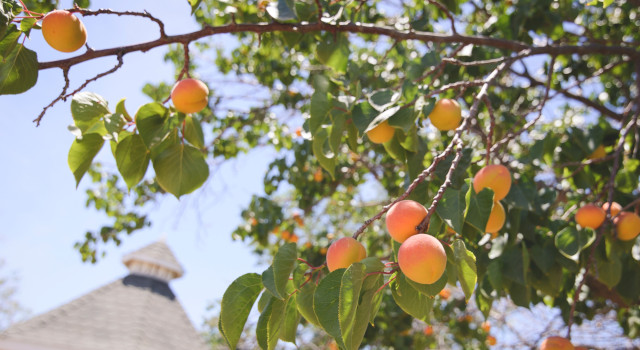 Last year the stock markets were up. The three years before that (2000-2002) the markets were down. Many people worry about the timing of getting in or out of the markets: Will 2004 be an up year? What about 2005?

Over the long-term, the U.S. stock markets yield a return of about 11%. If you are an investor, the odds are in your favor. But not everyone who buys and sells stocks is an investor. Some people play the markets looking for short-term gains and following hot tips or quickly timed movements. These people are speculators, not investors.

An investor is like an orchard farmer who goes to the store to buy some peach trees. He buys the peach trees because he understands about growing and selling peaches. He knows the business of caring for peach trees, harvesting peaches, and delivering them to market. He understands the fruit of his labor in everything from the natural juicy fruit to being baked into peach cobbler.

A speculator buys some peach trees because he sees that the store is running out, and then stands in the parking lot hoping to resell at a profit. A speculator does not care what he is buying or selling so long as the price moves quickly. Therefore a speculator never buys peach trees. He buys snow blowers as the blizzard approaches, or generators as the hurricane gathers strength, or whatever else he thinks might have a short-term spike in price.

As soon as the reality of his speculation arrives, the speculator sells quickly because he believes that the spike is short lived and temporary. That has lead to the investment saying, “Buy on rumor, and sell on news.”

That means even if the speculator is right, his profits depend on being faster to buy and faster to sell. For the speculator, speed is everything. Not so, for the investor.

Investors, like farmers, substitute seasons of labor for speed and market timing. They make their money off of the gradual growth in the value of their investment. Salespeople have to keep their merchandise moving because their product isn’t getting any more valuable. Salespeople makes their money off of commissions on the transaction itself. For the salesman, what is important is the speed and number of transactions. Brokers and those who sell “loaded funds” are salesman not peach farmers. Their livelihood depends on the number and rate of trades in an account. These speed incentives can lead to abuses.

Frequent trading in an account for the purpose of gaining commissions is called “churning” and is measured by the turnover rate in an investment portfolio.

Turnover is the percentage of an investment account’s assets that are bought or sold during a year. Churning has been defined as a turnover rate of over 300%, meaning that the entire portfolio value is bought or sold every four months. Trading a portfolio’s value in a four-month period is churning.

Studies have shown that mutual funds with a lower turnover rate perform better. Short term trading has a cost and it usually reduces performance. Speculators usually have to guess within six weeks the highs and lows in the stock market in order to make money.

Trading every six-weeks would result in a turnover rate of 867%. With a more reasonable 3-5 year investment horizon your portfolio turnover would be around 25%. An important criteria we use for mutual fund selection is a turnover ratio of under 50%.

Our investment philosophy does not depend on what the markets did in the last four months or what they will do in the next four months. We can’t imagine a peach tree that looks good to buy and hold for only four months. Investing is like planting a peach tree: you have to wait for the fruit of your labor.

So don’t worry too much about the timing of getting in and out of the market. Worry instead about having a portfolio that is diversified enough to weather any market – up or down.

Photo by Steve Harvey on Unsplash