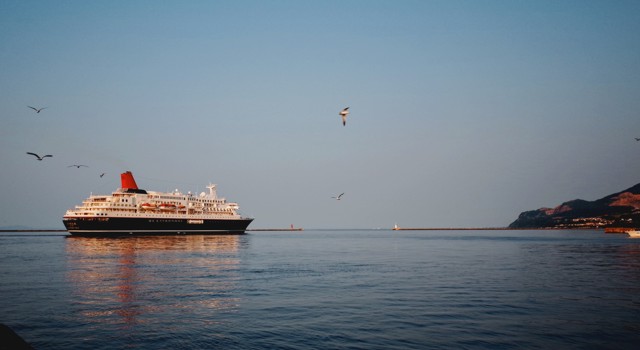 It is worth acknowledging that there is no such thing as a risk-free investment. Everything has risks, even cash.

What is generally used as a proxy for the return of a risk-free, guaranteed investment is the current return of the 3-Month (90 or 91 day) Treasury Bill.

The reason why it is important to factor out the return of a risk-free, guaranteed investment before computing a sharp ratio is because otherwise the current rate of inflation would skew the Sharpe Ratio and make it even less useful than it is.

In this case the the return of a risk-free, guaranteed investment helps to factor out inflation and produce a measure of the real return (return minus inflation) per unit of risk.

Here are some lessons which we can learn from the return of a so-called risk-free guaranteed investment such as the 3-Month Treasury Bill.

1. In the long run, the return of the 3-Month Treasury Bill has been a good proxy for factoring out inflation.

2. The real return of a so-called risk-free guaranteed investment has been -0.006%.

Had you invested in the 3-Month Treasury Bill since 1934 your annualized real return would have been negative.

3. In the short run, the return of the 3-Month Treasury Bill has varied significantly from inflation.

While the rolling 12-month averages of the 3-Month Treasury Bill and Consumer Price Index (CPI) have been nearly identical, the short term variation has been significant. The 12-month rolling averages have differed by 2.44% on average. 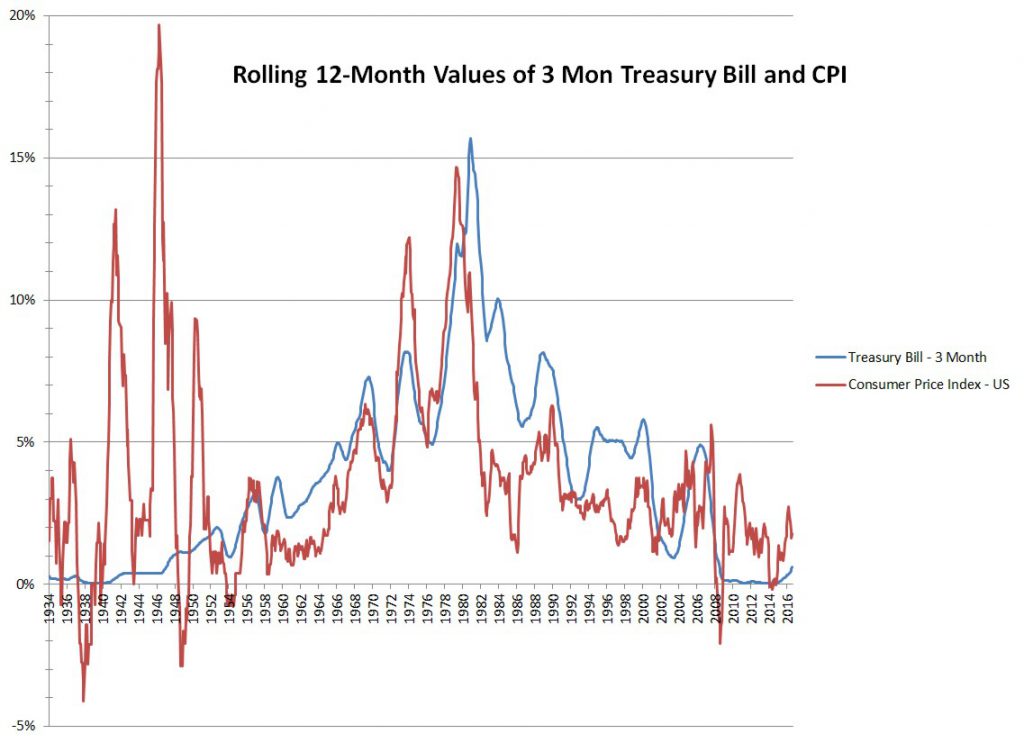 4. Officially inflation has been low since the government changed the way it is calculated, but we should not count on low inflation.

I’ve written about how the government changed the method of calculating inflation in the mid-1990s, lowering the reported measures of inflation. After getting inflation under control in the early 1980s, inflation from 1986 through 1996 averaged 5.62%. From 1997 to present inflation has averaged 2.16%. Although official inflation measures are low, that doesn’t mean that inflation has been low. For some expenditures important to retirees even the official inflation numbers have been steep. Healthcare costs were rising even before government measures caused them to rise even faster. Education costs have risen so high that without grandparent’s help it is difficult for students to graduate debt free. Housing costs have also risen sharply , again as a result of government failed efforts to give everyone low cost housing.

Even if official inflation measures are low, it is safer to assume that inflation will average between 4.1% and 5.0%.

5. Finally and most importantly, the risk-free rate does not help you achieve your long term goals.

The risk free rate aims to minimize short term volatility. But in fact, it does not even minimize long term volatility. The financial industry has arbitrarily picked 1 year as the measure for volatility used to make decisions for investors with a 30-year time horizon. This doesn’t make any sense. Long term real returns favor holding stocks.

Photo by Yolanda Sun on Unsplash