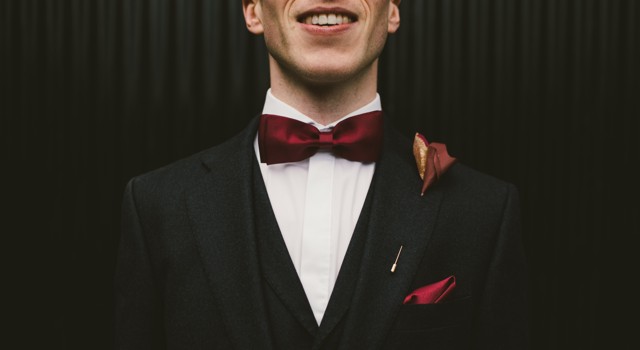 The Sharpe Ratio is the expected excess return of an investment divided by the standard deviation of that investment.

For example, if you expect an investment or a portfolio to have a mean return of 9% and a standard deviation of 12% in an environment where a so-called risk-free, guaranteed investment has a return of 3%, that investment or portfolio’s Sharpe Ratio would be 0.5. The calculation is simply (9% – 3%) / 12%.

The Sharpe ratio is a quick measure that tries to answer the question, “Am I getting enough extra return for my extra risk?”

Unfortunately it is too simplistic a measure to answer that question accurately.

Here is a larger graph of the efficient frontier calculation: 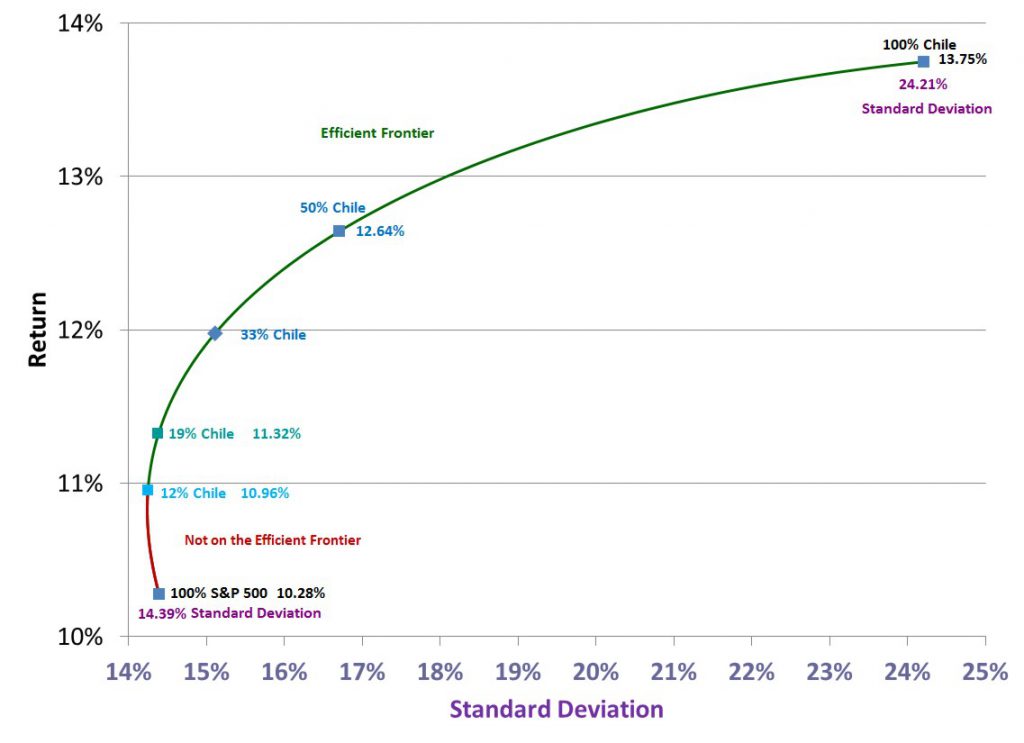 By itself Chile is volatile. But in a well-crafted portfolio it can both reduce volatility and increase returns.

This is easier to see when computing an efficient frontier such as the two dimensional graph above. It is much more difficult when trying to use a one dimensional measure such as the Sharpe Ratio. 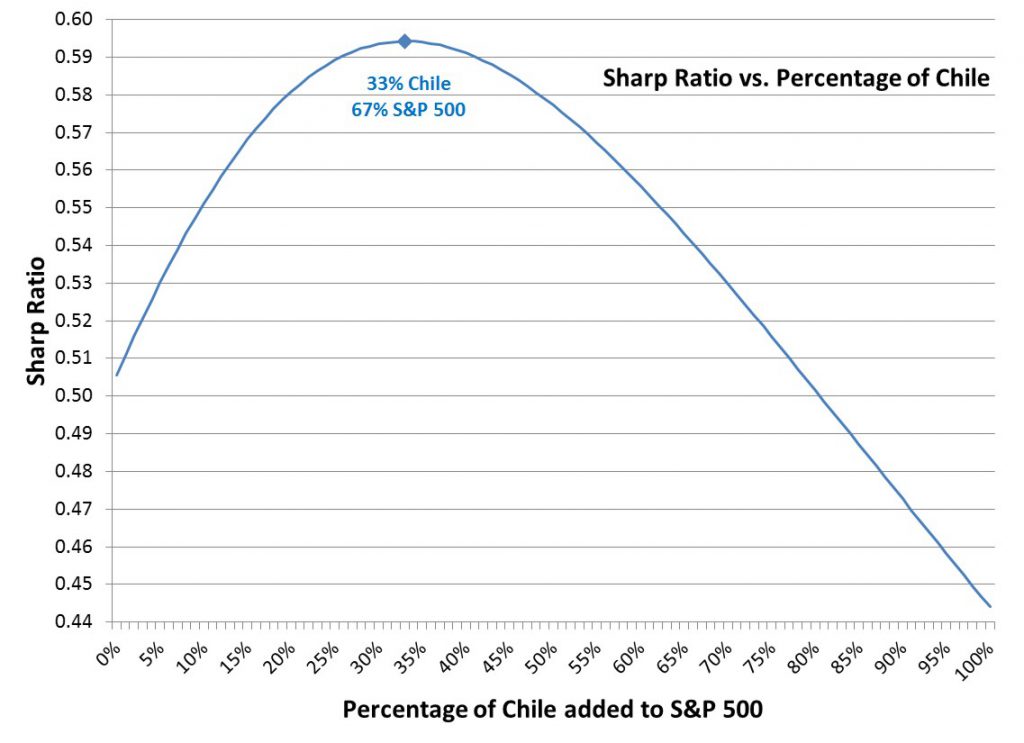 In our first graph, any portfolio between 12% Chile and 100% Chile was on the efficient frontier.

The Sharpe Ratio, however, implies that 33% Chile and 67% S&P 500 is the optimum portfolio and every other choice on the efficient frontier is sub-optimal. That is simply not the case. 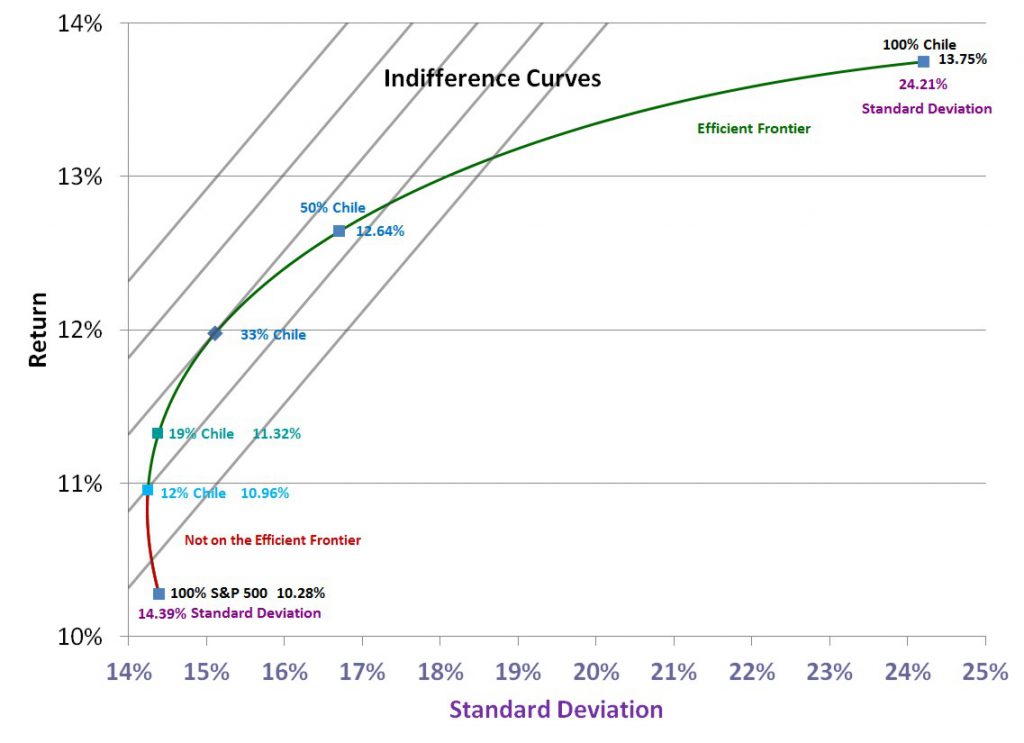 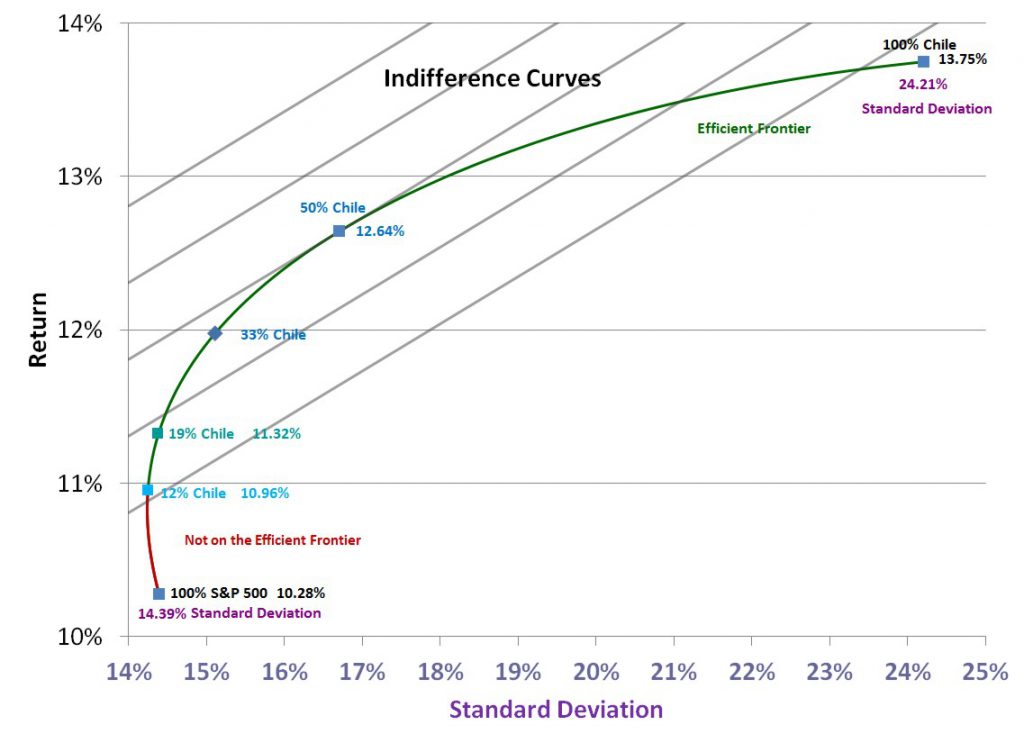 And just to be clear, in reality, most indifference curves are curved as an investor has both less tolerance and less benefit for risk the higher the standard deviation of that risk.

Uses of the Sharpe Ratio are fraught with problems. Here are four basic ones: