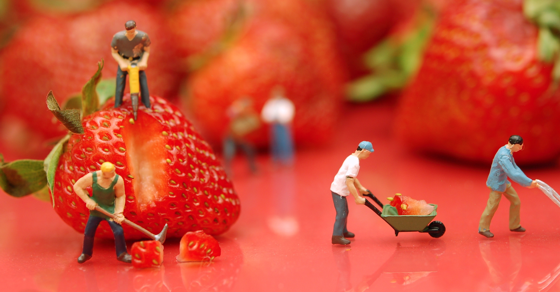 In 1776, Adam Smith in “The Wealth of Nations” theorized that “When institutions protect the liberty of individuals, greater prosperity results for all.” Institutions are significant national practices, rules or organizations that frame the environment in which goods are produced. Institutions help determine acceptable behavior and establish the incentives that stimulate or prevent economic growth. Ideally institutions protect freedom, creating growth-inducing incentives that lead to technological innovation as well as capital and labor investment. Together these effects then generate national economic growth.

Economic growth depends on investment. Money and labor must be sacrificed today so product may be created later. Economic growth comes from such investments. Dreamy entrepreneurs must sacrifice their wages to buy land, materials and staff to open a business and provide goods for the world. Those idealistic entrepreneurs act of their own free will, but the actions they take are good for the entire country. The entrepreneurs’ environment, also known as their country’s institutions, helped create the necessary incentives to encourage them to make that investment. If the environment had been different, they wouldn’t have bothered to make the sacrifice.

For example, what if there was a high level of corruption and materials bought today might be stolen before they could be turned into goods? Or imagine that tax rates are so high or threatening to rise so much that there is no guarantee any of your profits will be safely yours? In both cases, the expected return on investment is diminished by institutional structures. With fewer taxes or stronger control over corruption, those entrepreneurs would have aided their entire nation, but since their investment doesn’t feel safe, no incentives are in place to encourage them to make that beneficial choice.

Until 1995, this was simply Adam Smith’s theory. Then the Heritage Foundation developed the Index of Economic Freedom to test Smith’s theory. They developed 10 different measures grouped into four different types of freedom. Then they evaluated all the countries of the world based on them and looked for correlations between these measures and economic growth.

They consistently found that countries with more economic freedom statistically and significantly outperformed those with less not only in gross domestic product (GDP) per capita, but also in “per capita incomes, health care, education, protection of the environment, and reduction of poverty.”

Libertarians and economists both recognize that countries with more economic freedom experience higher growth of GDP. That growth translates into higher stock returns for investors savvy enough to seek national restraint rather than government stimulus.

Since 1994, the Heritage Foundation Index of Economic Freedom has used a systematic empirical measurement of economic freedom to evaluate countries worldwide. Their conclusions clearly show that economic freedom and higher rates of long-term economic growth go together. Investors can use the study to select countries for their foreign stock allocations.

A country’s economic freedom score is based on 50 measurements. They fall under these 10 categories: trade policy, fiscal burden of government, government intervention in the economy, monetary policy, capital flows and foreign investment, banking and finance, wages and prices, property rights, regulation and informal market activity.

It is remarkable that more investors don’t use economic freedom to help them decide which countries to overweight. That South Korea offer a better prospect for investment than North Korea should not be in doubt. That Northern Europe is better than the PIIGS (Portugal, Ireland, Italy, Greece and Spain) is only slightly less obvious.

The United States ranked 12th this year with the designation of “mostly free” and had an annualized return of 7.78% over the past decade.

For a practical example, imagine you invested $1 million in each country group: the EAFE’s developed foreign countries, the S&P 500 of the United States and each of the six free countries and waited 10 years.

Many investors assume the United States is beating all foreign investments as our indexes set new highs. However, the returns of the six economically free countries are averaging 8.23% year to date compared to the S&P 500’s 7.14%.

We believe this is one of the times when your asset allocation should tilt foreign and overweight the handful of countries with high economic freedom.

You should also tilt libertarian and vote for politicians who will support economic freedom in their public policy. The last time the United States had the designation “free” was 2009 when we squeaked into the category with a score of 80.7. Now we sit at “mostly free” with a score of 75.5.

We need politicians who are dedicated to getting the United States into the “free” designation from which we’ve been steadily sliding.