We have been writing about Freedom Investing over a decade now.

Recently we did an analysis of the returns of the MSCI Country Specific Indexes along with the MSCI EAFE Foreign Index and the S&P 500 Index from 2000 through June 30th, 2014. These years include the correction starting in 2000.  Here is a summary of the results:

We’ve color coded the countries with the most economic freedom in blue (Hong Kong, Singapore, Australia, Switzerland, New Zealand, and Canada). We’ve color coded a second tier of mostly free countries of northern Europe in sea green (Austria, Sweden, Germany and the Netherlands). And we’ve colored the MSCI EAFE Index in dark yellow along with the S&P 500. All the returns are in US dollars and include the gross reinvestment of dividends. (Every index has several different versions that can be used and they should all be the same version for comparison.)

It is helpful to view each year’s returns to see how the countries which are higher in economic freedom compare with the EAFE and S&P 500 Indexes. Here is 2000 through 2004: 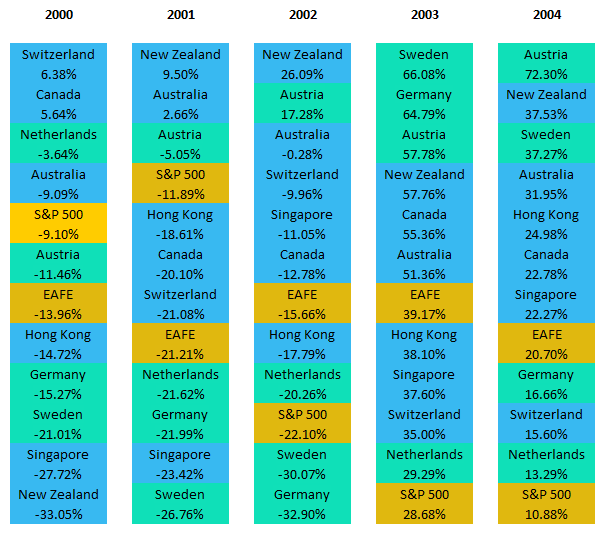 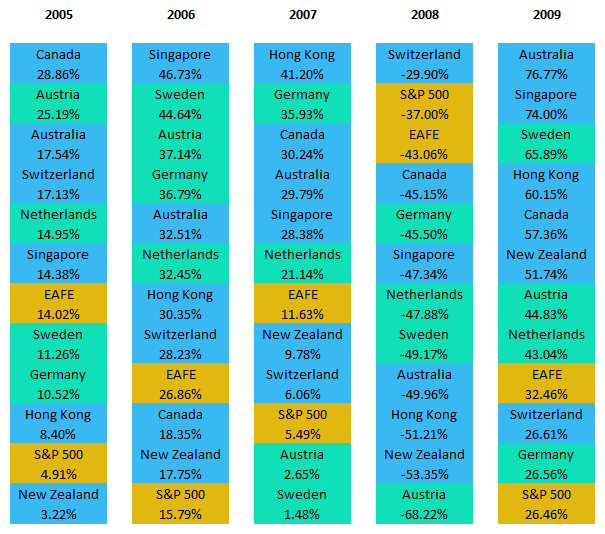 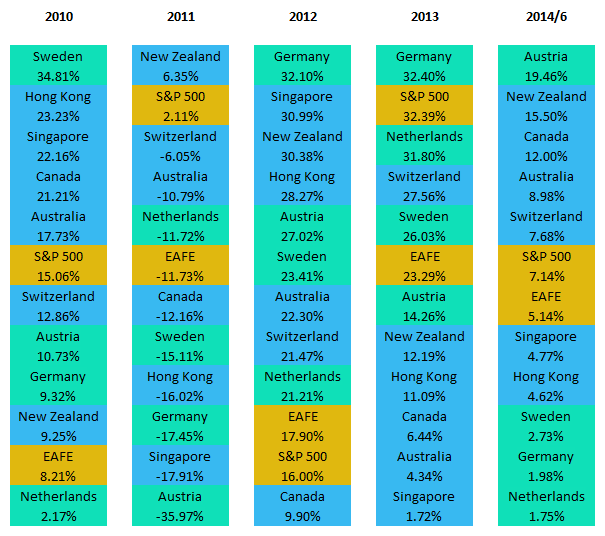 Because of recency bias, many investors are convinced that the United States is the “place to be.” But as you can see, the S&P 500 returns have not been particularly stellar in the even years.

Finally, here is the entire series in a single image. The color coding helps to see the trend. Click on the image to see the full version: