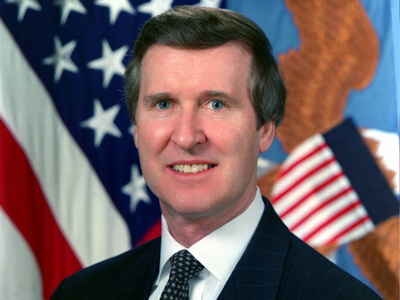 Now that the election cycle is long behind us and we’ve been writing a series of articles on free trade, comparative advantage,  “Buy American”, wage issues, and other protectionism, I’d like to share an article written by William S. Cohen entitled “Obama and the Politics of Outsourcing” in which he wrote:

Most people treat outsourcing as a zero-sum game—one foreign worker replaces one American worker. But this is not how the dynamic global economy works. In 2007, Matthew Slaughter, an economist at Dartmouth’s Tuck School of Business, published a comprehensive study of the hiring practices of 2,500 U.S.-based multinational companies.

He found that when U.S. firms hired lower-cost labor at foreign subsidiaries overseas, their parent companies hired even more people in the U.S. to support expanded operations. Between 1991 and 2001, employment at foreign subsidiaries of U.S. multinationals rose by 2.8 million jobs; during that same period, employment at their parent firms in the U.S. rose by 5.5 million jobs. For every job “outsourced” to India and other foreign countries, nearly two new jobs were generated here in the U.S.

Those new U.S. jobs were higher-skilled and better-paying—filled by scientists, engineers, marketing professionals and others hired to meet the new demand created by their foreign subsidiaries. Todd, the American call center manager transferred to India in “Outsourced,” keeps a framed picture of an executive suite back home on his desk—a reminder of the more prestigious job he is working towards. That job is more likely to be created because of the call center in India.

Putting up protectionist barriers against outsourcing also risks retaliation by foreign trading partners, whose businesses also hire workers abroad—including here in the U.S. A 2004 study by Prof. Slaughter titled “Insourcing: The Often Overlooked Aspect of Globalization” found that the number of American jobs created by the subsidiaries of foreign-based multinationals has more than doubled over the past generation.

In 2002 those subsidiaries employed over 5.4 million American workers, nearly 5% of total private-sector employment. They also paid American workers 31% more than their American nonsubsidiary competitors—an average of $56,667 per year. If Congress enacts legislation to stop American companies from outsourcing, foreign governments could do the same—and that could put at risk millions of high-paying jobs in the U.S.

During difficult economic periods, people are tempted to seek refuge in the false promise of protectionism. This is true of both America and India. Today, India maintains protectionist limits on foreign direct investment in such areas of its economy as infrastructure, insurance, retail and defense. And Indian politicians continue to put up obstacles to foreign investment in nuclear power. If India wants the U.S. Congress to resist protectionism, New Delhi has a responsibility to remove barriers against American investment.

Politicians are not above exploiting an issue by appealing to popular sentiment even when that sentiment is belied by economic reality. President Obama has succumbed to this temptation, warning that we should not tell U.S. companies that they will be treated the same “if you create a job in Bangalore, than if you create one in Buffalo.”

That may play well in Buffalo. But the fact is that for every job outsourced to Bangalore, nearly two jobs are created in Buffalo and other American cities. That’s a good deal for America—and something our president, and even Todd from “Outsourced,” should understand.

Would that voters understood these economic issues better.