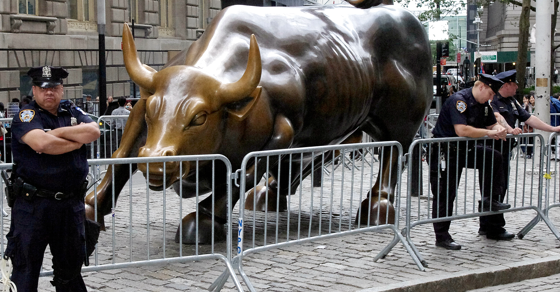 The Heritage Foundation recently released its 2014 Index of Economic Freedom. For 20 years, the foundation has used a consistent empirical measurement to evaluate countries worldwide. The results have clearly shown a correlation between economic freedom and higher rates of long-term economic growth. Investors would be wise to base their foreign stock allocation on this study.

Heritage defines economic freedom as “the absence of government coercion or constraint on the production, distribution, or consumption of goods and services beyond the extent necessary for citizens to protect and maintain liberty itself. In other words, people are free to work, produce, consume, and invest in the ways they feel are most productive.”

A country’s economic freedom score is based on 50 measurements divided across 10 categories: property rights, freedom from corruption, fiscal freedom, government spending, business freedom, labor freedom, monetary freedom, trade freedom, investment freedom and financial freedom. A score of 100 is the most free; 0 is the least free.

In 2014, the top six countries are Hong Kong, Singapore, Australia, Switzerland, New Zealand and Canada. These six scored above 80 to merit the description “free.” Canada’s economic freedom returned to “free” this year, having been only “mostly free” for the past two years.

Changes in the U.S. score are more discouraging. The United States is the only nation to have declined in economic freedom for each of the past seven years, dropping nearly 6 points to this year’s score of 75.5. In 2010, the United States lost its ranking “free” and fell into the “mostly free” category. Although we still rank twelfth, regulation and taxation have needlessly restricted our economic abilities.

In contrast, the global average economic freedom score improved 0.7 points this year to 60.3, the highest average in the index’s 20-year history.

If you don’t believe economic freedom matters, just ask yourself which Korea you would rather invest in, North or South. North Korea, at a score of 1.0, is the worst country that received a ranking. It was followed by Cuba, Zimbabwe and Venezuela, all scoring in the 25 to 40 range as the most economically repressed countries stable enough to warrant a rating. South Korea is “mostly free” with a score only 4.3 lower than the United States.

To see this correlation in action, we can look at the returns of real investments. We use the iShares exchange-traded funds (ETFs) for country-specific investing because of their relatively low expense ratio. However, these funds usually underperform their corresponding theoretical index because of their real-world expenses.

Although New Zealand showed some of the best performance for the past three years, the ETF has not been available for longer than that. The other five countries with the most economic freedom have outperformed the EAFE Index, the foreign developed countries index, by an average of 5.47% annually for the past 12 years. That represents a significant boost to performance over such a long time period. Every country in the free category has outperformed the EAFE over the past 12 years.

In contrast, the United States has underperformed the EAFE Index by an average of negative 1.56% over the past 12 years. It did have better returns in the past three years.

While touting social choices, the Obama administration has taken away a host of economic choices. Unelected bureaucrats put into effect over 80,000 pages of regulations in 2013. Among them, Obamacare’s implementation requires a specific type of insurance from limited providers at higher than needed costs.

Yet the United States still remains one of the freest countries in the world. This is especially true in the realm of technology, even though in the financial, health care and energy sectors a host of expensive regulations benefit cronies and stifle innovation. We currently don’t regulate what cookies software is allowed on your computer, require a list of features that devices must support or require the use of specific products. There is a constant congressional push to meddle. But so far, relative freedom in this sector has prevailed.

Thus we still recommend investment in the United States. It performed very well in 2013 and did not drop as much as the global markets in 2011. But part of diversification means not putting all of your investments in one country. Although our largest stock holdings are in the United States, we recommend a significant allocation in other countries as well.

Perhaps the United States will have another year like 2013 and continue to catch up to the countries with more economic freedom. But more likely, it is better to invest in more than one country.

This is one of those times when your asset allocation should tilt foreign and overweight the handful of countries with high economic freedom. Although many economists acknowledge that freedom matters, few investment strategies take advantage of this fact.

Our Marotta 2014 Gone-Fishing Portfolio Calculator recommends that the typical 40-year-old put 31.6% in U.S. stock and 35.8% in foreign stocks. Foreign investments would be divided among the five developed countries with the most economic freedom plus the emerging markets. No foreign country would represent more than 5.4% of the total portfolio.

More sophisticated investors might consider a set of countries that are better than average and, like the United States, rank mostly free. These include Chile, Ireland, Denmark, the Netherlands, German, Sweden, Austria and Norway. Adding this second tier reduces the investment in any one country outside the United States to less than 3.5%.

Economic freedom matters. It enriches society, lifts the poor out of poverty and respects the agency and dignity of human choice. Not only do economics suggest we should favor liberty, morality insists on it. And only when society recognizes the harm done by curtailing economic liberty will democracy be a force for moral good rather than fatal conceit.

Disclaimer: Both the authors and the clients we manage invest in the investments mentioned in this article. To learn more about freedom investing, visit our website at http://www.marottaonmoney.com/category/free-markets/freedom-investing/.