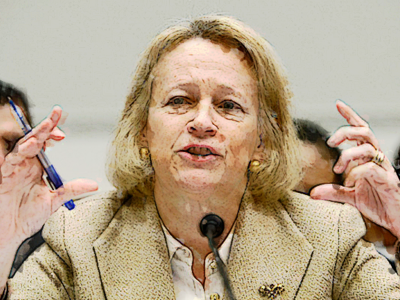 When is enough regulation enough for regulators?

I read with interst the AdvisorOne article by Melanie Waddel entitled, “SEC’s Schapiro: Money-Market Funds’ Stable NAV Is a ‘Fiction’” in which it was reported that:

Securities and Exchange Commission Chairwoman Mary Schapiro reiterated to senators Thursday her view that further reforms to money-market funds are necessary, saying the funds still “pose a significant risk” to the nation’s economy.

Despite the fact that the SEC reformed money-market funds after the Reserve Fund “broke the buck” during the financial crisis of 2008, Schapiro said members of both political parties as well as the Financial Stability Oversight Council (FSOC) had “raised concerns” about the funds.

The 2010 reforms have not been enough, “and that’s why we’re here today,” Schapiro told the Senate Banking Committee.

I wrote in 2010 after the Dodd-Frank bill was passed that “the bill creates a Financial Stability Oversight Council”. The ten regulators in this group have the task of monitoring any systemwide risks in our financial system. They have also been given nearly unlimited power to address these risks by forcing financial firms to sell assets or close a portion of their business.

“The utopian hubris of believing such a group will do more good than harm is unfounded by human history and experience. And the assumption that such a council will be untouched by self-interest is naive beyond belief.”

The article went on to show the assumption that additional regulation is always worth the cost is based on the false idea that it will actually avoid (rather than help to cause) catastrophes:

Schapiro replied that she believes the costs of any of the proposed changes “would be far, far outweighed by the benefits of forestalling another devastating run” on money-market funds. She added that any additional reforms proposed by the agency would be released for a public comment period.

Really? Far far outweighed? What is the total amount of money ever lost in the history of the financial markets by money market’s breaking the dollar? Not that much. And Schapiro claims that the cost of regulation for the next 50 years will be far far  less than this amount?

And don’t expect your money market to pay you significant interest after all these regulatory costs. That isn’t part of the regulator’s concerns.