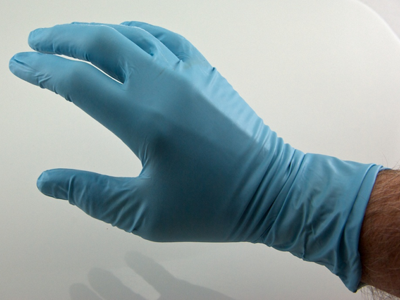 The Transportation Security Administration (TSA) was formed on November 19, 2001, in response to the 9/11 attacks. However, for the cost of the TSA’s budget, we could replace four World Trade Center buildings each year. Even with an annual budget of almost $8 billion, the agency is notorious for receiving additional onetime earmarked allocations.

For example, in late February just before the 2013 sequester, the TSA was awarded $50 million to purchase new uniforms. With 50,000 security employees, that means the uniforms cost $1,000 per employee. The same company made their old uniforms just three years earlier for $98 million.

The U.S. Government Accountability Office (GAO) investigates how federal revenue is spent. When the staff assessed the TSA’s 2012 revenue, they cited the “passenger security fees” and “air carrier fees” collected as offsetting, on average, less than 30% of the TSA’s burden on taxpayers.

The passenger security fee is a so-called enplanement fee of $2.50, an additional cost built into the ticket price. So if your round trip has two layovers, you must pay an extra $10 for the privilege of the TSA’s services. At the end of 2012, the TSA asked to double this passenger fee.

Not counted in this revenue are the literally thousands of dollars in loose coins that passengers forget to take with them after being required to empty their pockets. In 2010 alone, the TSA pocketed $409,085.56 of change left behind.

The TSA blog features the writings of Blogger Bob, an apologist for departmental misconduct, oftentimes, in the words of Reason Magazine, by “mock[ing] people harassed by the TSA.” Perhaps his most common post is a weekly photo of the knives, guns and grenades confiscated from passengers trying to board planes.

Of course people do not accidentally try to board a plane with a grenade, and yet none of these confiscations result in arrests. Nearly all incidents are military personnel carrying inert replica grenades in their baggage. Thanks to TSA confiscation, this training equipment must be replaced at taxpayer expense.

Many of the live weapons are from military personnel as well who are demolitions experts or carrying their normal equipment with them. Live smoke grenades are used by paintball enthusiasts. Stun guns or mace are given to college students by their mothers and fathers. Grandmothers use knitting needles and scissors. And prop guns are used in film shoots. None of these has ever caused a problem on an airplane.

Every year the TSA takes 750,000 pieces of personal property and sells it at federal surplus stores across the country. However, what we call confiscation, the TSA employees internally call “Voluntary Abandoned Property” because presumably you could have left the security line to give the questionable item to a friend or put it in your car.

The TSA frequently defends their work, reporting they confiscate more than 13 million prohibited items. What they don’t often mention is that “most of these illegal items were lighters.”

Schneier enjoys hosting an annual plot threat contest where his followers have to “invent a horrific and completely ridiculous, but plausible, terrorist plot.” In 2007, Schneier challenged them to create a plot where at least one common item is so essential that “TSA will have no choice but to ban the item once the plot is uncovered.”

The winner was called “Butterflies and Beverages,” a plot so devious that water would have to be banned.

While passengers are groped, scanned and investigated, two “behavior detection officers” (BDOs) are implementing the Screening of Passengers by Observation Techniques (SPOT) to try to determine the threat level by gauging passenger reactions. According to the GAO’s 2010 study of the program, “TSA deployed SPOT nationwide without first validating the scientific basis for identifying suspicious passengers in an airport environment.” They recommended that the program, “costing more than $878 million since its launch in 2007,” be shut down.

In 2012, the SPOT program alone employed 2,800 personnel. Just recently, the TSA defended the program. According to the Washington Post, “During a one-year period ending in September 2012, TSA records show that 37,370 passengers were targeted under the SPOT program, 2,214 were referred to a police officer and 199 were arrested.” At a cost of $4.4 million per arrest, none were threats to the safety of the plane.

Not satisfied with only doing a poor job of screening airline passengers, the TSA’s mission creep expanded in 2005 to include Visible Intermodal Prevention and Response squads known as VIPR teams performing security sweeps at highway weigh stations, train terminals, sporting events and music festivals. In 2012 the TSA spent $100 million on 37 VIPR teams that conducted over 8,800 unannounced checkpoint and search operations outside of airports. Hundred of commuters were detained by federal agents while local law enforcement collected several prostitutes and pot smokers with outstanding warrants.

At least the security screenings performed in the airport are expected by passengers undergoing them. VIPR squad operations at a sports event, in contrast, are more likely to incite panic than prevent it.

The TSA acronyms would be laughable if they didn’t take themselves so seriously. Whenever I (David) fly, I wear my Strategic Homeland Intervention, Enforcement and Logistics Division (SHIELD) Marvel T-shirt with AGENT in large letters on the back in the hopes of outranking them. Ironically, in the TV show “Agents of S.H.I.E.L.D.,” one of the agents is asked what the company name means to him. He responds, “That someone really wanted our initials to spell SHIELD.” TSA programs feel about the same.

Whenever people are given the type of power and control assumed by the TSA, that power will be abused, repeatedly, until either their power or yours is taken away. The psychologist Philip Zimbardo’s famous Stanford Prison Experiment is evidence of that.

No volume of examples of abuse seems sufficient to rouse public opinion. Critics are called antigovernmental extremists engaging in TSA bashing. Meanwhile, the best public dissent is the exercise of your freedom.

In this case, you are free not to fly, free to opt out of the scanners, free to fly out of airports without them, and free to vote for representatives who will abolish the TSA and privatize airport security.