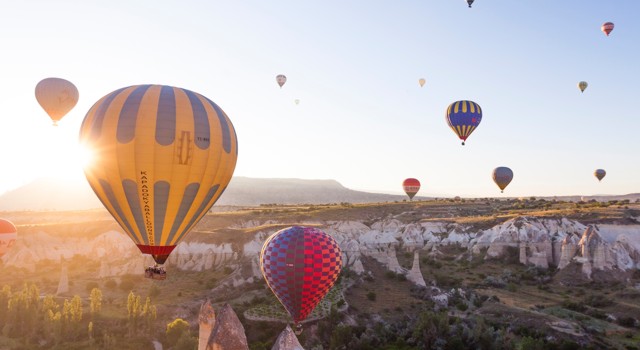 In our article “The Asset Allocation Within Your Asset Allocation,” we explain the strategy of investing in non-correlated sub-sectors which have a higher mean return. As one of our examples we wrote, “Stocks in countries high in economic freedom and low in debt and deficit tend to outperform those in less free countries.”

For any factor suggested to produce above average investment returns investors continually ask if the effectiveness of the factor has been persistent. It is like asking your investment factors, “What have you done for me lately?”

We have been writing about Freedom Investing for many years now. During that time the freedom index of many countries have gradually changed. I combined the 2018 Index of Economic Freedom with the latest 3-years of MSCI country specific index returns.

This is a simplistic demonstration. To craft our country specific investment philosophy, we limit ourselves to those countries ranked as “free” or “mostly free” and then use factors which include the forward P/E ratio in an attempt to over-weight countries whose stock is historically inexpensive and under-weight countries whose stock is expensive. None of this nuance is represented in this equal weight analysis.

To compare to the MSCI EAFE foreign index returns, I have grouped the countries with freedom in three groups:

Each of these groupings performed better than the MSCI EAFE foreign index over the past three years, but not by as wide a margin as some of our analysis in previous years or over longer periods of time. 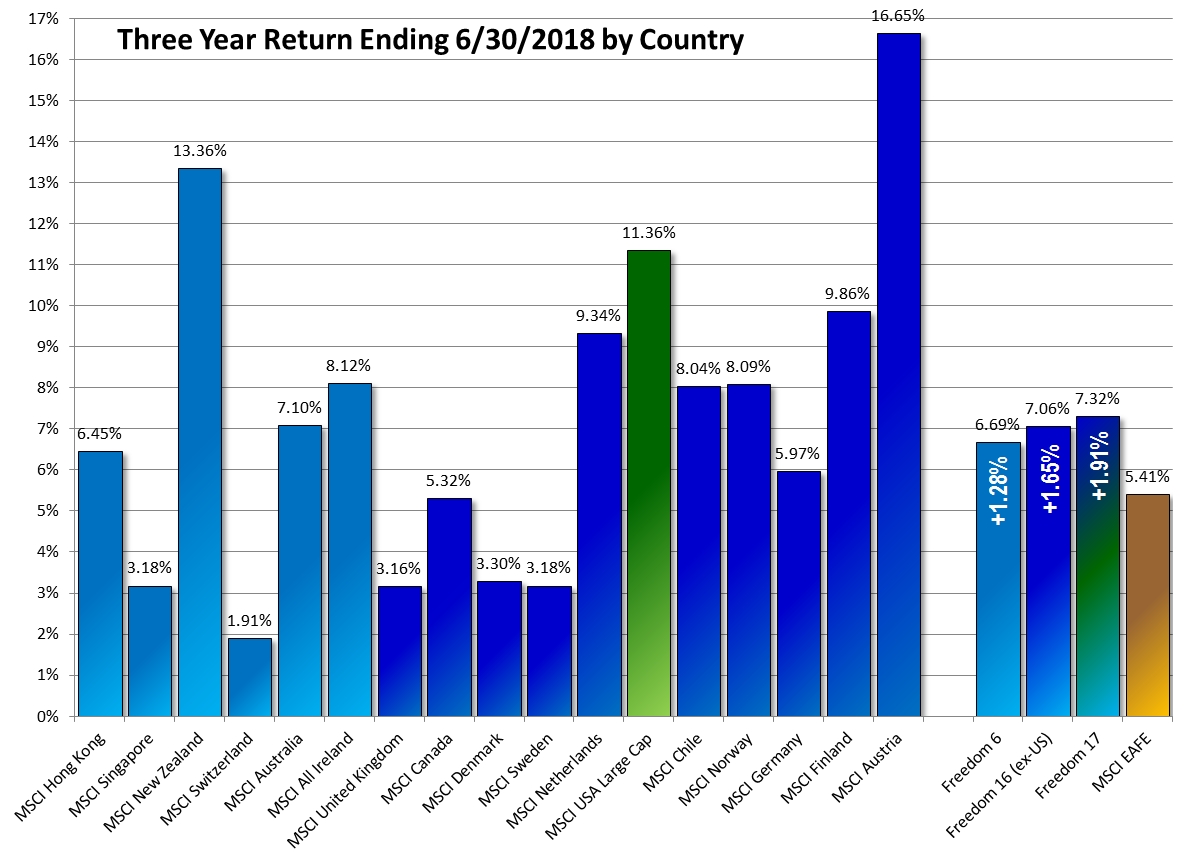 We have written in the past about avoiding countries which are high in debt and deficit. These included the PIIGS (Portugal, Ireland, Italy, Greece and Spain). More recently Ireland has significantly lowered its debt and deficit and returned to the category of economically “free.” Given these economic improvements, we suggest Ireland should no longer be included with the other PIGS. Avoiding the other PIGS for the past three years has been fortunate. The mean MSCI index return of the PIGS was a loss of -1.61% with Portugal at 8.46%, Italy at 2.55%, Greece at -18.77%, and Spain at 1.31%.

The bonus in returns of countries with freedom over and above the MSCI EAFE foreign index ranges from 1.28% to 1.91%. These are significant mean return boosts even if they are not the +4% excess returns that countries with Freedom have experienced in previous years. Economic freedom is a powerful and personal force in the world for the better. We say this honestly and unashamedly even when an appreciation of the free markets is not politically acceptable by either political party.

As Winston Churchill said in an address to the House of Commons, “The inherent vice of capitalism is the unequal sharing of blessings; the inherent virtue of socialism is the equal sharing of miseries.” With today’s easy access to global investment markets, all it takes to share in the blessings of capitalism is living below your means and paying yourself first by investing in the countries with the most economic freedom.

Photo by Mahir Uysal on Unsplash