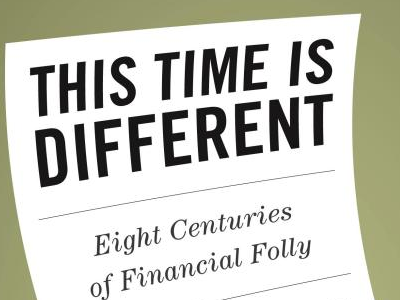 In the face of Greece’s all-but-imminent default, investor confidence in the US slipped lower in recent months. The implications of such a default or debt restructuring (a euphemism for ‘default’) are certainly not good for Europe or for the rest of the world. But growing investor despair that somehow we have entered into a new era in which individual investors can no longer make money in the markets is an overreaction to the headlines.

Since 1800, Greece spent more than 50 years in default, not including the current crisis, according to sovereign debt gurus Carmen Reinhart and Kenneth Rogoff in their book, This Time is Different: Eight Centuries of Financial Folly. The current episode of Greek default does not signal the end of the financial markets as we know them any more than its five previous default episodes did.

History is replete with examples of countries defaulting on external debt (money owed to the outside world) and on domestic public debt (money owed to citizens). Reinhart and Rogoff document more than 250 sovereign external default episodes and 68 cases of default on domestic debt since 1800. In many of these cases, the default of one country led to the instability of a whole region. And yet, here we are. The markets still continue to function.

There’s no denying that the slow-motion train wreck of Greece’s default will be miserable for everyone. The effects have cast doubt on the strength of the European Union and the viability of the Euro as a reserve currency. The IMF has continued to cut its projections for real GDP growth in the Euro zone, which it forecasts to be only 1% next year.  The misery has washed up on our own shores as this means fewer European consumers to buy American goods at a time when our economy is sputtering.

History offers us perspective to better understand our own times. Reinhart and Rogoff warn against the financial follies which contribute to sovereign debt defaults. At the heart of the madness is always the assumption that “This time is different,” which cause investors to overlook the warning signs when things are still looking rosy. But, in the same way it is imprudent to overlook the signs of decay thinking “This time is different,” so too, it is a mistake to despair that “This time is different” in the aftermath of a sovereign default like the one we are witnessing in Greece. The principles of investing have not changed in recent years.

This time is not different.