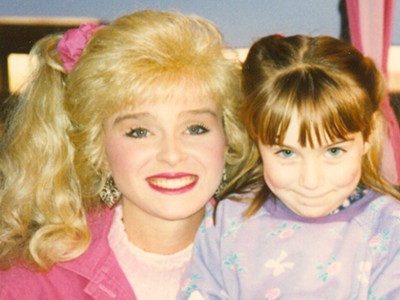 With money in my pocket and impulse in my veins, I used to cherish our weekly trips to Toys ‘R’ Us. With one parent following me and one following my brother, we would split up hurrying to our favorite sections of the store. For me, three places were my classic aisles: Barbie, Littlest Pet Shop, and Marvel Action Figures.

And, given enough time to earn my weekly wages, I could have acquired enough money to buy a lot more toys than I actually did. However, my parents taught me saving and frugality through a simple principle: Wait a week.

Each week we went to Toys ‘R’ Us, my brother and I were to choose one toy that we wanted above all the rest. I had to narrow my voracious desire for Barbie dolls down to one doll, which I announced to my parents… and then we left the store, and I tried my hardest to remember what it was I had chosen. If, a week later when we returned to the store, I still wanted the same toy, I was given permission to buy it.

I still remember walking down the Barbie aisle, hoping I would recognize amid the crowded wall the doll that I had wanted last week, for that was the only way I could go home with a new toy. Most weeks however, I did not remember. Even just seven days later, the toy was not as appealing to me as it impulsively was the week before. However, on those few weeks when I did remember which toy it was, I’d race straight to its placement on the aisle, ripping it from the shelf and clutching it in my arms. “This one!” I would declare, delighted at my parent’s nod of agreement and my acquisition of a new toy which  had proven itself more than just a passing phase.

This principle helps me even in my adulthood. Items where my desire can withstand the trial of a week, I am more likely to treasure for months to come. Nowadays, browsing the Psychology section of a bookstore often brings me back to the Barbie aisle. Every book with a somewhat fascinating claim turns into a book I must own. However, rather than buying them on the spot, I write down their titles and wait a week in order to find out whether my desire can endure the distance.

Teach your children the principle of “Wait a week;” it’ll last them a lifetime.