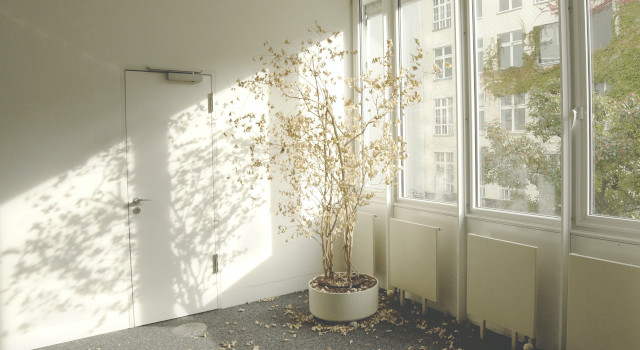 According to the Bureau of Labor Statistics (BLS), in 2019, “workers with wages at or below the federal minimum made up just 1.9 percent of all hourly paid workers.” They continue to report:

Among employed teenagers (ages 16 to 19) paid by the hour, about 6 percent earned the minimum wage or less, compared with about 1 percent of workers age 25 and older.

…The percentage of hourly paid workers with wages at or below the federal minimum differed little among the major race and ethnicity groups.

To understand why minimum wage hurts the most disadvantaged, you must imagine the person who is having trouble getting hired at a job paying $7 per hour or higher. They may not have had a job ever or have had one only in the past year. Their communication skills may not be adequate or they may not be fluent in the language. They may not have finished basic schooling. They may not have learned to follow instructions, show up on time, or diligently complete tasks they don’t like.

It is difficult for the privileged to envision someone without adequate job skills, let alone hire them.

On the opposite end of the spectrum, the privileged have been working odd jobs such as life guarding, babysitting, and dog walking for years before they apply for their first “real job.” They’ve finished two or three decades of education and often have trained specifically in the area of work they are pursuing. This type of person would never settle for a mere minimum wage. They know they can get more than that.

Valuing specific skills, services, or goods in dollars makes sense though. When you hire someone, you are hiring a specific set of skills for a specific job.

I am a highly educated, competent financial planner. Even with those facts being true, there are many jobs where I am not worth minimum wage. For example, even for $7 per hour, no one would hire me as a hair stylist with my current skill set. That doesn’t diminish my self-worth in any way. I simply don’t have the skills necessary in order to command that salary in that job. Perhaps I might be worth a few pennies, but you would have to train me in the job and give me sufficient time and materials to be bad at the job before I might be better.

We all need a forum where we can be bad in order to get better. Alas, the minimum wage robs the underprivileged of those important lessons.

Like playing a sport, working for pay at a specific job is a skill learned by doing. Training a new employee is costly, not just in salary, but also in the time and effort required to train, supervise, correct mistakes, and perhaps suffer a loss of business because of poor service.

Some first-time workers are not worth minimum wage. Their soul is priceless, but their cooking may be inedible. They may need time and training, but without the ability to learn on the job, how can they acquire the important job-related skills?

Doug Schoene wrote the article “An Unspoken National Crisis ” for the Huffington Post on black teenage unemployment. The article features several suggestions, and among them he includes:

Another way we can get black teenagers working is by reducing the minimum wage so that employers will hire more people. Increasing the minimum wage does not move working families out of poverty. On the contrary, it discourages employers who are trying to meet a payroll from keeping low-wage workers employed, and certainly from hiring new ones. A higher minimum wage impacts those with the fewest skills or least experience the most, which often means teenagers looking for entry-level jobs. By lowering the minimum wage, or at least by establishing a teenage or sub-minimum wage, more young people will be hired and have the opportunity to learn how to be in the workforce in America.

I understand that people on the left will howl at the thought of decreasing the minimum wage. But teenagers who are on a ledge, are heading in the wrong direction, or are involved in unproductive or potentially criminal activity just need to be employed. If it takes reducing the minimum wage to get people hired, then we must do it. Practically, the risk to us of social unrest is too horrific to even consider.

Most minimum wage employees get a raise during their first year. They have learned the job skills necessary to command a higher salary and are on their way up. Having more jobs at or even below minimum wage helps to fill the lower rungs of the ladder and enable everyone to climb up.

Setting the minimum wage higher at $15 per hour sets the beginning of the economic ladder 15 feet off the ground. If some teens are unemployable at $7.25 per hour, think how discouraging and frustrating $15 per hour will feel.

Many starter jobs sacrifice some of the pay in order to provide educational opportunities and other benefits. These benefits are often more important than the pay received. Forcing employers to pay a higher wage is sometimes at the expense of the benefits employees want more.

Your order at the McDonald’s drive through can be routed to a call center in India. The worker in India can take your order with wonderfully articulate English skills and training to up sell the latest products. Meanwhile, a team of people cooking burgers can be replaced by a culinary robot and a $15 per hour supervisor. Even for a job at the local McDonald’s, the talent pool can be the entire world.

There is a price at which outsourcing and automation can replace minimum wage workers.

The consensus among economists is that 1% to 2% of entry-level jobs are lost for every 10% increase in the minimum wage. Raising the minimum wage from $7.25 to $15 could mean a reduction in entry level jobs of 11% to 21%. These estimates would suggest between 1.8 and 3.5 million of jobs lost. These jobs won’t show up on unemployment statistics. You need to have had a job before your attempts to find one are counted as being unemployed.

Even the Congressional Budget Office (CBO) estimates that the proposed Raise the Wage Act of 2021 would eliminate the employment of 1.4 million workers while affecting the 17 million workers whose wage would otherwise be below $15 per hour. This estimate puts the reduction in entry level jobs at 8.2% although their estimate ranged from zero to 2.7 million. They also added, “Young, less educated people would account for a disproportionate share of those reductions in employment.”

Estimates are unclear at least partly because we have not had such a large raise in minimum wage. By the time we try, it will be too late.

In the current debate, several Democrat Senators have qualms about the plan. They wonder if we should be raising the minimum wage in the middle of a pandemic. The idea is that life is currently hard for everyone, so a higher minimum wage might make it harder for people. However, life is always hard for someone, and a higher minimum wage makes it harder for them. Laws which systematically, needlessly, and adversely hurt people, even a minority of people, are bad laws, no matter the good intentions that inspired them.

Even if you just earn $11,000 per year, you are still richer than 85 percent of people in the world.  We forget these statistics, but we are all quite well off.

Ryan Young in “What Do Economists Think about the Minimum Wage? ” for the Comparative Enterprise Institute writes:

A new poll of professional economists finds 74 percent of respondents opposing a $15 per hour minimum wage—and nearly a mirror image of non-economist public opinion, which is nearly a mirror opposite. 84 percent believe it would have a negative impact on youth employment levels. 43 percent favor eliminating the minimum wage outright. Only 12 percent of respondents identify as Republicans, which is roughly representative of the profession as a whole, with 35 percent identifying as Democratic and 46 percent as independents.

A subtle point people often overlook is that at a high minimum wage, employers will tend to ignore the least skilled employees. They will require more experience or skills for their minimum-wage jobs at $15 than at lower levels. Economists recognize this, with 83 percent responding that a $15 minimum wage would have exactly this effect.

Finally, if government is going to have a poverty relief program, a minimum wage is a lousy way to do it. There are better options. Rather than messing with the wage system and inviting all sorts of unintended consequences, it is simpler and more efficient to simply give cash. 64 percent of respondents view a $15 minimum wage as “not at all” efficient at addressing low income needs, while 64 percent rated an expanded Earned Income Tax Credit (EITC) as “very” efficient.

This is why conservative thought is to abolish all the government meddling in the economy through such bureaucratic programs and simply give money directly. Studies suggest that when you give money you warp the economics less than when you try to legislate utopian outcomes. This is why, if you are going to help, direct monetary giveaways such as the Earned Income Tax Credit help raise people out of poverty better than raising the minimum wage.

I know many well-intentioned people who believe the minimum wage ought to be raised. However, minimum wage laws are really saying we ought to make it illegal to hire workers whose work skills do not yet justify a higher wage.

We need to go beyond good intentions. The underprivileged among us deserve good results.

Photo by Sam Marx on Unsplash