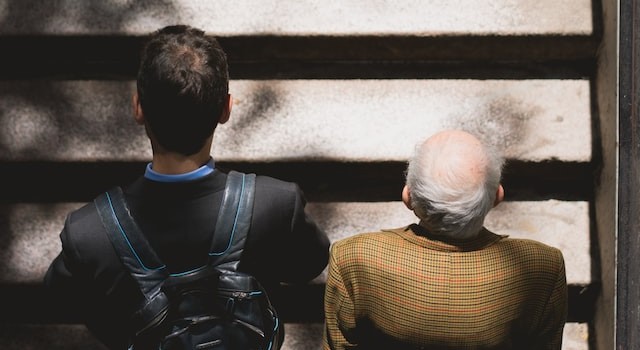 If you receive Social Security benefits, the portion of those benefits which will be taxable depends on your income. The taxable portion is between 0% and 85% of your benefits.

To calculate how much is taxable, you compare your so-called provisional income to two thresholds. Those are:

You can see how if you have any other source of income other than Social Security, it is likely that some of your Social Security benefits will be taxable. However, these thresholds weren’t always quite so restrictive. We can blame inflation for how it works today.

However, when Ronald Regan took office in 1981, Social Security was going to run out of money as early as August of 1983. To address this, he appointed a National Commission on Social Security Reform chaired by Alan Greenspan.

The final effect of this committee was the Social Security Amendments of 1983. It passed with bi-partisan support and created the first 50% threshold. It also gradually increased the full retirement age from 65 to 67 over a 22-year period.

The legislation resolved the short-term financing issues without fixing the underlying problem. The legislation was an immense act of compromise . Even though Alan Greenspan chaired the committee, he was critical of the act, stating, “Do I like the present Social Security system? No. If you asked me whether it would be necessary in the ideal society, I’d say no. Our type of economy is far removed from where I would like to see it, but you have to be careful about moving from one type of society to another.”

Many seniors were upset. They complained, as they do today, that the money was originally removed from their pay as a tax, so it shouldn’t be taxed again when it is paid in benefits.

Because they aren’t inflation adjusted, more and more Social Security benefits have been taxed over time.

Social Security has oscillated between being solvent in the short-term and facing a terminal problems in crisis mode. Because the system is forgotten when it is not in a crisis, congressional representatives have not taken the time to reinvent the system for the long term.

Some seniors complained, but by 1993 the principle that the federal government could tax Social Security had already been made. Now, we were just arguing about how much. What had began as a “tax on the rich” was now increasingly a tax on lower middle income citizens.

Meanwhile without an inflation adjustment, the lower limits had drifted down into the middle class.

There are many different possible solutions to Social Security’s problems. But with an unfunded liability in the trillions of dollars, most amendments depend on either decreasing benefits or raising taxes. Many involve some method of financing the transition from an unfunded benefit to an individually funded benefit.

Alas, legislators are never convinced by a long-term cost-benefit analysis no matter how wonderful the final result would be in twenty years. Because any transition would require a couple of decades, it seems unlikely that we will get any major changes at all.

What is likely is something like an increase in the limit of wages subject to Social Security taxes, or an even higher threshold after which Socials Security is taxed at a 100% rate, or some gradual phasing out of benefits for those in the highest income tax brackets.

Social Security has a number of flaws, to which these static tax brackets can be added:

These issues are not likely to be addressed any time soon.