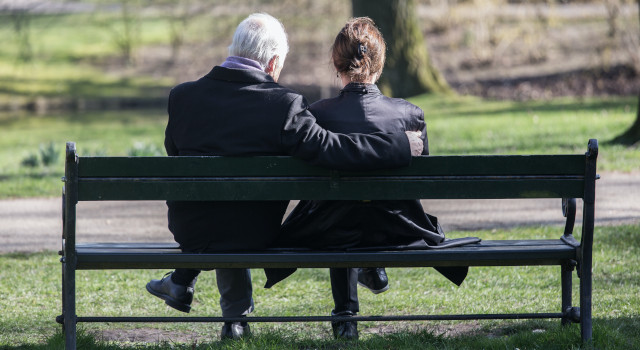 Social Security turns 86 years old this year. Enacted on August 14, 1935 as part of the New Deal under President Franklin Roosevelt, it was intended to solve a 34% nonagricultural unemployment that left older people destitute and unlikely to be hired. The program passed with 2% of the Democrats and 33% of Republicans opposing it.

Lump-sum refunds were provided to the estates of workers who died before age 65 or before receiving at least the equivalent in benefits of their taxes plus interest.

Now, the government collects 12.4% of worker’s wages up to a fairly high maximum, and Social Security benefits not claimed are lost forever.

After being forced to save 12.4% of their wages, seniors who die young are unable to pass any benefit to their heirs. This loss of Social Security benefits at death disadvantages minority workers especially, as they statistically have a shorter life expectancy .

With full retirement age at age 67 for those born in or after 1960 and the CDC reported life expectancy at birth for Black or African American males at just 72.2, you can easily see the predisposition for unequal outcomes.

Forced savings, penalized early filing, and a lack of inheritance all predispose a worse outcome for minorities and contribute to keeping the families of minority workers in poverty. Black or African American families would have more money today if their parents had been allowed to save and invest the 12.4% of lifetime wages rather than lose it to Social Security.

Making things “equal” or “fair” is always difficult. There are no easy solutions. However, when we take someone’s earnings and give them nothing in return if they die young, then we are creating a system predisposed to be unfair.

The most dangerous form of power is coercive governmental power which forces you do something no matter how bad the consequences are to you and your family. When you are empowered with voluntary choices, you have agency to decide for yourself which risks you want to take.

Throughout American history virtually every legislative initiative for progressive reform has been achieved only after bitter struggle by citizens, workers and advocates demanding fundamental rights and protections. In each case, they were met with claims that the proposal will “kill jobs,” generate a stifling government bureaucracy, or curtail economic growth.

They include Social Security as an example of progressive reform met with outcry but which supposedly didn’t end up having bad results. They have a page of quotes regarding Social Security . It presents the quotes as though they aren’t true simply because Social Security passed and the world did not end. Alas though, they have all come true. Here are two from Alf Landon, the 1936 Republican nominee for president:

“There is every probability that the cash they pay in will be used for current deficits and new extravagances. We are going to have trouble enough to carry out an economy program without having the Treasury flush with money drawn from the workers…”

“The actual fact will be, in almost every case, that the whole tax will be borne either by the employee or by the consumer through higher prices. That is the history of all such taxes. This is because the tax is imposed in such a way that, if the employer is to stay in business, he must shift the tax to some one else.”

Initially, Social Security collected just 1% of wages. Currently, the government collects 12.4% of worker’s wages up to a fairly high maximum.

If you look at Social Security as a system of taxation and redistribution, it takes from a single minority male worker and gives to married white women who never contributed.

If you look at Social Security as a forced retirement savings program, it produces such a terrible return we might as well invest in gold.

Neither lofty goal is worth continuing in this current format. Social Security as we know it needs to be abolished and replaced with a better system.

There are many methods for doing so. For example, if liberals were willing to accept privatizing half of the contributions and conservatives were willing to accept using the other half as a safety net for only those retirees with the least resources, then the system could be saved and privatized. I’m not sure if either faction is willing to make that compromise, but it would be in everyone’s best interest.

Every year, the Heritage Foundation evaluates all the world’s countries using their Index of Economic Freedom, and has found that a high score in economic freedom correlates to nearly every positive measure of a country. What is interesting to note is how many of the countries with high economic freedom or lower debt and deficit also have privatized their Social Security systems: Hong Kong, Australia, Switzerland, United Kingdom, Sweden, Netherlands, Denmark, Chile, as well as a host of others.

In those countries with privatized Social Security retirement accounts, the citizens are doing well rather than just barely being lifted out of poverty. Their legislation can be used as a model for compromise in the United States. Here is how we might implement the best of each way of looking at Social Security.

In broad strokes, the employee’s 6.2% contribution would be put in an inheritable private retirement account. There would be both safeguards on the range of risk for investment choices as well as protections for gradual safe withdrawal rates during retirement. More than 30 countries have vetted good models for privatized Social Security.

The other 6.2% provided by the employer would be collected as a tax and used to fund the retirement of anyone with inadequate means from their own contributions. This would ensure a safety net and provide a minimum retirement income. Rather than taking from those who die young and giving to those who live longer, it would redistribute income to low earners and also protect retirees from catastrophic loss.

At first, participants close to retirement age would not have anything in their private accounts. But gradually, nearly everyone with a private account would be retiring with more money than current Social Security benefits.

The biggest challenge is getting from here to there. The transition will take time, and we have lost more than a decade since these changes were first proposed.

During the transition from our current system to private accounts, there is only half the revenue to support those who are retiring using the safety net. The remainder starts to fund the private accounts of the next generation and free up the other half for a better social net. The easiest way to shoulder that burden is to means-test Social Security and deny benefits from the wealthiest half of retirees.

We need a private system. Then, the money you put in it is yours and does not get spent on someone else’s retirement.

It is tough to contemplate, but some generation has to be heroic. Earlier generations had to fight world wars or survive the Great Depression. We must battle the leviathan of Social Security. We are called to make sacrifices to help privatize the system for future generations.

Means testing is unfair, but it is necessary. We’ve been deficit spending for decades. Whenever you have years of living above your means, you have to balance it by years of living below your means. Someone has to take the hit financially.

The price we pay is only worth it if we can end Social Security as we know it and put America on a firmer financial footing.

First, it reduces benefits for the wealthy, which could best satisfy both political parties.

Second, unlike the tax increase, means-testing eliminates benefits for those who already have their wealth, not those who are building it.

For the country’s sake, I would be willing to give up Social Security for the benefit of privatizing retirement. However, as long as Social Security remains a burden on future generations, I plan on filing for my share. After taking the money, I plan on saving it for or gifting it to my grandchildren as I imagine they are going to need it.