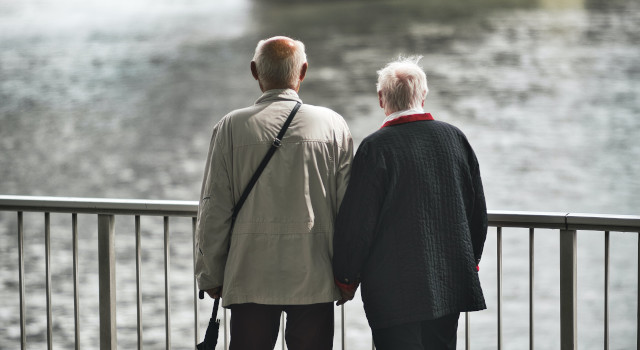 In the past three years I have written an annual Social Security Article focusing on a different aspect of the program. None of the issues have changed, and I recommend reading those articles.

In 2019, I wrote about how the Social Security Trust Fund does not hold any real assets and any shortfalls will have to be “financed by raising taxes, borrowing from the public, or reducing benefits or other expenditures.”

In 2020, I covered the ratio of covered workers to Social Security beneficiaries, which is currently less than three to one.

And in 2021, I wrote about how Social Security is part of the systemic inequality that minorities face in the current American experience, and how any privatization of Social Security would allow minorities to pass their unused benefits to their family.

In 2022, I am focusing on how Social Security fails to keep up with inflation.

Every year, Social Security benefits are increased by a Cost-of-Living Adjustment (COLA). As SocialSecurity.Gov states , “The purpose of the COLA is to ensure that the purchasing power of Social Security and Supplemental Security Income (SSI) benefits is not eroded by inflation.”

Unfortunately, these adjustments are insufficient to protect the value of the benefits.

Social Security’s annual COLA is tied to the percentage increase in the Consumer Price Index for Urban Wage Earners and Clerical Workers (CPI-W) from the third quarter of the previous year. Herein lies the first problem.

1. COLA Happens After The Fact.

Social Security checks are distributed to beneficiaries monthly. Conveniently, the CPI is also reported monthly, showing us how inflation has changed gradually throughout the year.

However, the cost-of-living adjustment (COLA) for Social Security only happens annually. And then the increase is delayed an additional 3 months until the following year.

This means that seniors only get their benefit adjustment after having to endure higher prices, and even then, they only receive those additional benefits one twelfth at a time.

Here, for example, are several years of monthly inflation as reported by the CPI-W (in blue) compared to annual COLA for Social Security (in red). 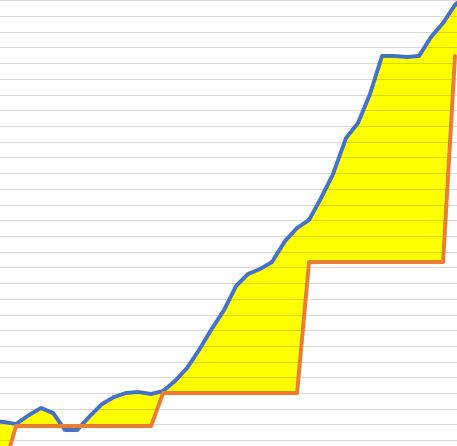 You can see from this visualization how the benefit of retirees is missing everything in yellow. The inflation adjustment fails to cover, on average, less than half of the inflation throughout the year. And in years with high inflation, which are the years when it matters most, seniors are left to fend for themselves.

Unfortunately, the problem is even worse than that because of the second reason.

2. Inflation is Under Reported.

It’s easy to sound like a conspiracy theorist when sharing facts about how the Consumer Price Index works. However, the government is intentionally under reporting inflation every year. Here’s why:

In 1996, a commission of five economists called The Boskin Commission studied the CPI and issued a report stating that the index overstated inflation by at least 1.1%. Because of their findings, the CPI implemented “Quality Adjustments ,” where they estimate what portion of a price increase was due to an increase in quality and discount that portion from CPI reporting.

These quality adjustments are the point of my criticism in “Inflation Part 1: How the Government Lies About Inflation.”

A 1970 car was certainly of lower quality than a new modern car. It wasn’t fuel efficient. It had no airbags, no power windows, no power door locks, no heated seats, no tilted steering wheel, no CD player, no built in GPS, no self-driving safety assistance, no phone integration, and more. However, you also cannot easily buy a 1970 car today. The market for that car no longer exists. Ignoring the modern 1970s car shortage, you still need a car today. The thought experiment of what a newly made 1970s car would cost today if it existed should not make it harder to buy a car today. A 1970s car’s theoretical modern value should not diminish the value of our currency. And yet, that is what these CPI quality adjustments do.

This past summer, I compared the government reported CPI inflation to the actual price increases of The Big Mac Index. This analysis suggests that the amount of under-reported inflation since 1996 has been about 1.23% per year.

This is unsurprising as it is in line with The Boskin Commission’s intended decrease of the CPI.

The cumulative effect of 27 years of lower inflation adjustments has been a 33.21% reduction in Social Security benefits. This leaves seniors living Amish lives in a digital age.

Photo by Sheggeor laker on Unsplash