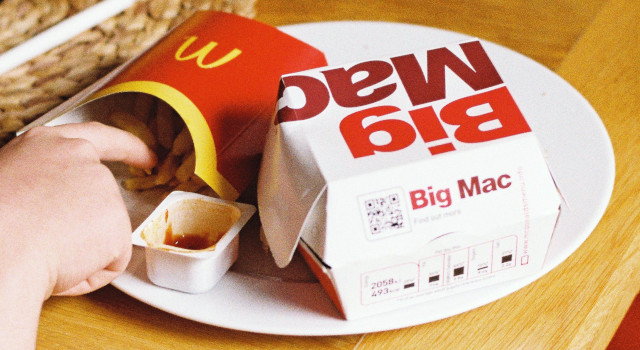 When I talk about inflation, I am often reminded of the 1997 movie “Conspiracy Theory” starring Mel Gibson and Julia Roberts. Before the opening credits have finished rolling, we understand that Gibson’s character is a crackpot cab driver who sees conspiracies everywhere. But our perception changes by the end of the film when we realize for ourselves that some of his theories are true.

The message that the government lies to us about inflation and, as a result, quietly confiscates hundreds of billions of dollars from its citizens isn’t the easiest message to swallow. It only goes down when accompanied by a healthy drought of political cynicism.

I’ve always thought that official CPI under reports inflation by approximately 1% per year. In 2008, I wrote a series of three articles in which I explained why.

In 1996, a commission of five economists called The Boskin Commission studied the CPI and issued a report stating that the index overstated inflation by at least 1.1%. Because of their findings, the CPI implemented “Quality Adjustments,” where they estimate what portion of a price increase was due to an increase in quality and discount that portion from CPI reporting.

These quality adjustments are the point of my criticism in “Inflation Part 1: How the Government Lies About Inflation.”

A 1970 car was certainly of lower quality than a new modern car. It wasn’t fuel efficient. It had no airbags, no power windows, no power door locks, no heated seats, no tilted steering wheel, no CD player, no built in GPS, no self-driving safety assistance, no phone integration, and more.

However, you also cannot buy a 1970 car today. That car no longer exists. Ignoring the modern 1970s car shortage, you still need a car today.

The thought experiment of what a newly made 1970s car would cost today if it existed should not make it harder to buy a car today. A 1970s car’s theoretical modern value should not diminish the value of our currency. And yet, that is what these CPI quality adjustments do.

The Government Benefits from Under Reporting

Many elements of government are indexed to the CPI including Social Security, retirement benefit cost of living adjustments, and entitlement programs. When they quality adjust to create a lower CPI, the government doesn’t have to increase these benefits as quickly. This effectively saves the government money or, another way to think about it, taxes those who are due government money.

Similarly, under reporting CPI quietly raises tax rates. Because tax brackets, personal exemptions, and the standard deduction are all indexed for inflation, the quality adjustments keep these brackets artificially lower.

Furthermore, inflation is some component of capital gains. As your asset values increase by real inflation, this creeps your income into higher and higher brackets.

As I wrote in “Inflation Part 2: The Results of Underreporting Inflation,” “That would mean that seniors living on Social Security have been receiving 1% less of a cost of living increase than they should have since 1996. And that deficit can leave them living Amish lives in a digital age.”

The CPI (Consumer Price Index) is deceptively labeled. The name takes something that government has done to confiscate capital wealth and blames it on businesses. “Oh, it is just rising consumer prices.” But businesses aren’t at fault. If the CPI was accurately named, we would call it “Capital Piracy by Inflation.”

In its simplest form, the government prints money and uses the newly printed currency to fund government spending. The government’s money looks like everyone else’s, so no one feels like they have been taxed. But adding to the money supply debases the value of everyone’s currency.

The Big Mac Index (BMI) was started in 1986 by The Economist. Its intention was to show, in a humorous way, the relative value of foreign currencies. Since then, the BMI has found its way into economic textbooks and academic studies.

In 2013, I wrote “Big Mac Index Shows Official CPI Under Reports Inflation” in which I used the Big Mac Index (BMI) to show that since 1996 the price of a Big Mac has risen higher than the official measure of inflation, the Consumer Price Index (CPI). Now, nearly a decade later, I decided to see if McDonald’s famous burger was still appreciating faster than the CPI.

We can also compare the Big Mac Index (BMI) to the official CPI over this time period.

This should come as no surprise. You will recall that The Boskin Commission who added quality adjustments to the CPI intended to decrease the CPI by 1.1%.

However, you can see how their adjustments have hidden the true loss of purchasing power experienced by holders of U.S. dollars. Twenty seven and a half years of under reporting inflation has had a toll.

In “Inflation Part 3: Protecting Yourself Against Inflation,” I made recommendations for what you can do to help protect yourself. These include:

For recommendations on how to tighten your personal budget, check out our “How To Spend” series or our article “How to Survive High Inflation.”