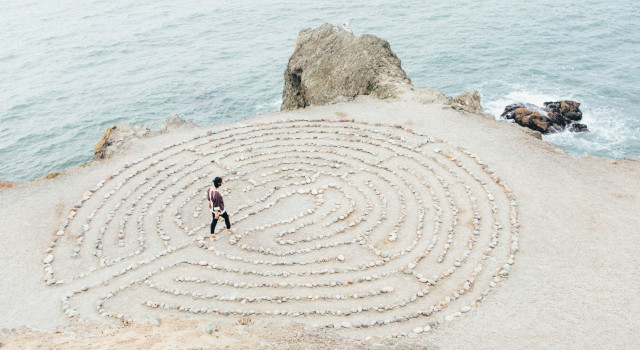 Most seniors enroll in Medicare during a six month window around their 65th birthday. However, seniors who are still employed with an employer who offers qualifying group health insurance can delay enrollment until after the sooner of either the end of the employment or the health coverage.

Instead of these base costs, if your modified adjusted gross income (MAGI) from two years ago is above a certain threshold, then you pay the higher Income Related Monthly Adjustment Amount, abbreviated IRMAA. These plus-sized premiums are incurred on Medicare Part B and Part D premiums.

Recently, I was asked to write an article on tax planning around IRMAA premiums as a guest author for the December 2022 issue of Heather Schreiber’s Social Security Advisor, an Ed Slott paid newsletter currently costing $150 annually.

While they didn’t pay me for it or seek exclusive rights for the article, they have asked that I share the PDF version of the article that includes their branding. So, you can read the PDF of that article here: Read “IRMAA Medicare Premiums Are Costly” by Megan Russell

Below is a summary of the main points.

When should I start caring about IRMAAs?

For IRMAAs, MAGI starts to matter two years before enrollment in Medicare. For most seniors, enrollment will be at age 65 and MAGI will start to matter at age 63.

The SSA has defined seven life-changing events that can change how an IRMAA is calculated. The four most common of those events are getting married, getting divorced, the death of a spouse, and reducing or stopping work hours.

If one of these events affects a Medicare enrollee, he or she can proactively notify the SSA by using a “Medicare Income-Related Monthly Adjustment Amount – Life-Changing Event” form. This form is filled out one per impacted person. So, even if only one spouse experienced the precipitating event, joint filers can each submit an individual life-changing event form.

On this form, the impacted individual reports the type and date of the life-changing event in step 1, the MAGI from the year with the event in step 2, the following year’s lower MAGI in step 3, and evidence of the event.

According to the Code of Federal Regulations, the SSA uses more recent information than the two-year lookback when it’s available. For example, if the SSA has a life-changing event form that reports an estimated 2022 income, that income would be used to calculate new IRMAAs instead of a 2020 or 2021 tax return.

Applicants must be faithful and accurate in MAGI estimates, but they are not required to file a life-changing event form just because they have had a qualifying event. If, for example, a taxpayer expects a higher MAGI after a recent marriage, that taxpayer is not required to tell the SSA right away. Instead, when the SSA finds out via the two-year lookback, the IRMAA will naturally change.

Depending on when this form is filed, it is possible that the SSA could issue reimbursement for already paid IRMAA surcharges. It is also possible, if the estimates on the life-changing event form prove inaccurate, that the SSA can retroactively reissue an IRMAA.

2. Set-up an Appointment with SSA for other income changes.

Unfortunately, there are some times when a Medicare enrollee projects future income to be substantially lower but does not have a qualifying life-changing event. For example, they may have sold an income-producing passive activity property, had an outlier IRA distribution, executed a Roth conversion, or realized capital gains.

The SSA has made it very clear that such one-time income will affect an enrollee’s MAGI for that one year . Despite the SSA’s policy though, we have found that it never hurts to ask for an IRMAA exception.

Although a life-changing event form cannot be filled out for such income changes, Medicare enrollees still can schedule an interview with their local Social Security office to discuss their specific case. As long as the petitioner honestly presents current and future MAGI as well as the reason for the income change, the worst that can happen is the agent says no.

In our experience, many clients who have taken the time to schedule an in-person meeting to describe their one-time income changes have received an IRMAA exception, even when the official SSA position would suggest a denial.

Large retirement bonuses and benefits generally will not trigger IRMAA surcharges as their receipt is typically paired with the life-changing event of work stoppage. However, retirement packages that either continue for a few years after retirement or will not be received until a new tax year may require more specific planning.

With each taxable benefit, the decision is often whether to clump the income into one year or stretch it out across several years. Clumping the income may push the recipient into higher income brackets currently but provide protection from IRMAA surcharges in the future. Meanwhile, stretching the income out could protect a Medicare enrollee from both surcharge and tax bracket levels if the tax thresholds line up just right. Each situation is unique.

At our firm, we are proponents of systematic Roth conversion plans. Roth conversion targets are carefully chosen throughout the taxpayer’s lifetime with the goal of building the highest after-tax net worth. Although prevailing wisdom generally recommends waiting until after retirement to use “lower brackets” to convert, our analysis suggests this wisdom is frequently wrong. After retirement, there are more taxes to consider as Medicare IRMAA thresholds and taxable Social Security breakpoints are added to the existing tax brackets.

Consequently, there is often a great benefit to minimizing taxable income in retirement. In addition, finishing most Roth conversions before enrolling in Medicare or pairing large Roth conversions with years containing life-changing events can help mitigate the cost of the Roth conversions and dampen the effect of future required minimum distributions (RMDs).

Indeed, RMDs can be difficult to plan around. Distribution amounts are fixed, and, if they are large enough to push the taxpayer across an IRMAA threshold line, the associated IRMAA will kick in. This is one reason most people will benefit from a Roth conversion strategy. Converting systematically before retirement can help ensure that RMDs won’t generate undesirable tax situations.

That being said, Medicare enrollees who are burdened with large RMDs still have one planning tool to reduce the effect of those taxable distributions. After age 70-1/2, they can use Qualified Charitable Distributions (QCDs). QCDs are retirement distributions paid directly from an IRA to a qualified charity. QCDs can satisfy RMDs while excluding those donations from AGI. In this way, QCDs can reduce MAGI and help bring enrollees below thresholds for Medicare IRMAAs.

There are two simple strategies for offsetting the effect of this investment income. The first is utilizing asset location to place high-yielding securities into tax-sheltered retirement accounts. These include REITs, because of their high dividend rate, and mutual funds, which can independently spin off capital gains. The second tactic is to monitor realized gains and engage in tax-loss harvesting when possible, pairing taxable losses and gains so they eliminate tax consequences.

Sophisticated tax planning can be effective at any age. However, with great complexity comes great opportunity. Seniors face a more complicated tax landscape as they have more taxes to consider. This complexity means that careful tax planning affords a more potent payoff.

Photo by Ashley Batz on Unsplash