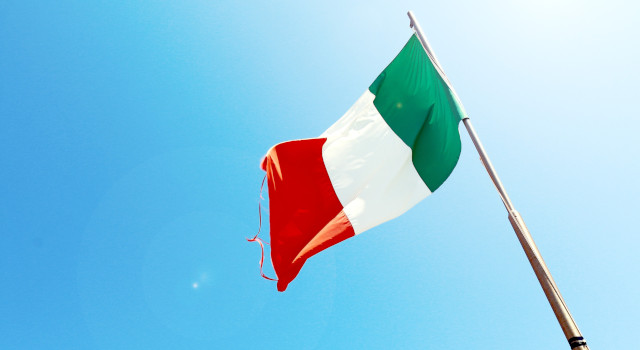 Last month I had the pleasure of traveling with SOCA’s U-14 Girls Express team throughout Europe. We have chronicled the high regulatory burden that Italy puts on its citizens and the way that regulation stifles growth. The other major problem within Italy is the corruption and organized crime throughout the country.

After coming to the United States, my grandfather Giuseppe Marotta returned to Italy in order to marry my grandmother. There he was compelled to serve with the Italian army for two years and helped provide disaster relief from the devastating 1908 Sicilian earthquake. Though they were helping the Sicilians dig out from under the rubble by day they were having their equipment systematically stolen each night.

Excessive regulation isn’t just inefficient, it is corrupting. With more than 40,000 environmental laws to enforce, local authorities can choose to enforce them selectively and interpret them inconsistently. Rather than decreasing crime, the unintended consequences of excessive legislation are a legalized means for organized crime to enforce their extortion racket.

Domestic corruption along with complex and unclear regulations combine to make doing business in southern Italy less attractive than countries with less red tape and a more transparent system. Italy teaches us that although additional laws may make people feel better, they are often counterproductive. Even in the United States, many “feel-good” laws were passed in the wake of recent corporate crises. Italy reminds us that governmental solutions can be worse than private sector problems.

Our guide’s explanation for several difficulties on our trip was simply, “Italians love rules.” Given a culture overburdened by red-tape, sometimes the most effective and productive that society can get is a local official willing to overlook rules. In essence, a benevolent Mafioso who is willing to allow certain individuals to ignore the plethora of rules for the benefit of the community is the method some sectors of the economy in southern Italy use to be productive.

Italian Prime Minister Silvio Berlusconi is often criticized for being both Italy’s richest tycoon controlling most of the newspaper and television stations as well as being the Prime Minster, but this is precisely why he won the election. His words could have come from any Italian Mafia boss, “If I, taking care of everyone’s interests, also take care of my own, you can’t talk about a conflict of interest.”

I am not suggesting that organized crime in Italy is a good thing. But those in America’s public sectors who have rallied to the support of an innovator who is critical of red tape should be able to sympathize with the loyalty people can feel toward the Mafia. We don’t give our department heads the title “Mafioso,” but when department heads have to break a few rules or ruffle a few feathers to get things done, doing so parallels the same problems that exist in Italy.

The real problem of course is not the mafia. The root cause is a society burdened with too many laws.

The Heritage Foundation‘s best score for Italy came in 2000 and 2001 when it received a 2.21 “mostly free” ranking. Anything less than 2.00 is considered “free”. Italy’s latest score has dropped to a 2.28 where it ranks as the 26th freest country.

Berlusconi may indeed be a crook by Italy’s plethora of rules and regulations, but he understood his appeal to voters when he said, “The link between my experience as an entrepreneur and that of a politician is all in one word: freedom.”

Photo by JÉSHOOTS from Pexels