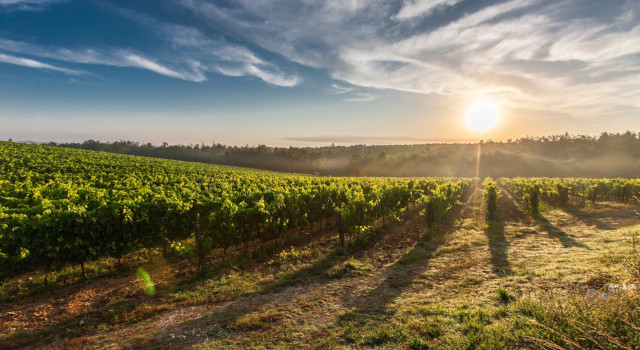 Last month, The Soccer Organization of Charlottesville Albemarle (SOCA) sent its Girls fourteen and under (U-14) team on a three country tour of Europe. As a parent and assistant coach I had the pleasure of seeing first hand three of the twenty six freest economies in the world.

Although the primary purpose of our trip was cultural and athletic, I decided to keep my eyes open for economic and financial lessons as well. My inspiration was Jim Rogers who wrote “Investment Biker” and “Adventure Capitalist” chronicling the economic environment in each of the countries visited on his round-the-world tours.

The first area we visited was northern Italy. We landed in Milan, and traveled by bus to our hotel in Abano, shopped in Venice, and drove across the plains of Veneto to Padua. In Noventa Padovano we played the Veneto Calcio Femminile soccer team winning 4-0.

Italy is a beautiful country and this was my fourth visit in thirty years. My grandfather, Giuseppe Marotta was born in the Volturno Valley outside Naples in Castle Campagnano and came to the United States at the age of 17. After working in the United States for a few years he traveled back to Italy to ask the girl his age from the Fasulo family to marry him just as his older brother had done.

Upon arriving in Italy, Giuseppe discovered that the Italian bureaucracy still considered him a citizen and burdened him with two years of military service. He tried to protest that he was no longer an Italian citizen to no avail. So he had to serve in the Italian army for two years before marrying my grandmother Rosa Fasulo and returning to the United States.

Italy’s top income tax rate was 45.6 percent, and government expenditures were 48.5 percent of the countries GDP. I have written extensively of how high taxes squelch economic incentives and produce a deficit. Italy is no exception. As a result of these high tax rates, public debt is over 100 percent of GDP and unemployment remains high at 8.6 percent compared to 35.9 and 5% in the U.S., respectively.

In a classic example of unintended consequences, Italy’s high unemployment is a direct result of feel-good laws designed to keep unemployment low. Italy’s market has some of the most rigid laws in Western Europe. Large firms are forced to keep workers indefinitely since firing workers is extremely difficult under Italian law.

It is a textbook lesson of what the United States should avoid. When you make your own country’s labor markets inefficient, employment will move somewhere else.

In addition to inflexible labor markets, Italy also tries to set prices on prescription drugs, drinking water, electricity, gas, domestic travel, agriculture, and telephone rates. While the level of socialism imposed by the Interministerial Committee on Economic Programming is small compared to France, it is just as ineffective as their forced employment program.

Hard work can’t always overcome Italian bureaucracy. As a result, Italian culture does not have as much of a work ethic as the United States. While American entrepreneurs are working 60 hour work weeks, their Italian counterparts are purposefully trimming hours from their work week and relaxing more in search of “Vita Bella” – the good life. While American workers grab their lunch on the run while making a cell phone call, Italian culture founded an international movement called “slow food” (see slowfood.com for more details).

While many readers may be thinking that these are positive attributes of Italian society, some of these are the result of a culture in decline, whose height of world influence is behind them.

America’s relative lack of red tape and lower taxes provides the incentive for individuals to innovate and strive to create culture changing products, services, and entertainment. About half of Italy’s cultural influences are directly imported from the United States.

The only subculture in the United States that approaches the difficulty in firing and disincentives to work hard and innovate is our government. For those who have experienced first hand the frustrations of trying to implement productive changes within the bureaucracy of the public sector, imagine putting those shackles on the engine of the whole American economy.

In the latest Heritage Foundation‘s study of economic freedom, these problems may have disqualified Italy from their highest ranking “free” and given it a “mostly free” rank instead, but Italy is still relatively free. Italy is ranked as the 26th most free country out of 156 countries in the study. Italy’s financial stock returns reflect this.

As of the end of June 2005, iShares Italy has outperformed the iShares MSCI EAFE (EFA) which is the international stock index over the past one, three, and five years by 7.5%, 5.4%, and 3.5%, respectively. While this is not as much as the countries with the most economic freedom, it is still a significant boost over the average international investment.

Italian Prime Minister Silvio Berlusconi gave two different reasons to invest in Italy while visiting the New York stock exchange when he said, “Italy is now a great country to invest in. Today we have fewer communists and those who are still there deny having been one. Another reason to invest in Italy is that we have beautiful secretaries… superb girls.”

Italy is a beautiful country, but neither their economic freedom nor their women’s soccer teams can compete with the United States.