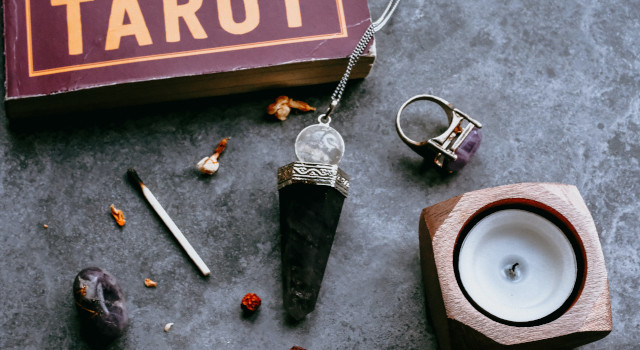 There are many useless articles and fraudulent advertisements on the Internet today. People peddling fear warn of dire market crashes and even professional investment newsletters routinely lie.

You probably already knew this: You can’t believe everything you read on the Internet.

But there is a certain misrepresentation that seems to be more effective at getting our attention, and that is when a so-called expert claims to have successfully predicted a past crisis or bubble and is now suggesting that something similar is looming on the horizon. It is such a common method for gaining attention that I thought it was worth analyzing.

First, let me start by saying that although I have seen dozens of such claims, I have never seen such a claim accompanied by advice actually worth taking. This has been so universal, that I am willing to suggest that when you see click bait such as “[EXPERT] Who Predicted 2008 Crisis Warns…” you should simply avoid reading it.

Here is a list of people who make such claims along with their “expert” descriptions:

Despite this, self-aggrandizing pundits continue to claim that they saw all of this coming. Recently in the Los Angeles Times, Institute for New Economic Thinking senior editor Eric Weiner comically asserted that “some people did foresee the disaster. I was one of them.” No Mr. Weiner, you did not.

Even if they thought something might go awry, they did not understand the cause and effect that actually happened. Nor did they predict the mistaken government interventions that made the crisis worse.

Even if they saw the subprime crisis coming, they still could not have predicted its impact on the stock market. Even I wrote on May 5, 2008 the article “Subprime Lending” explaining the economics of the subprime mortgage meltdown. But none of these market commentators, myself included, accurately predicted when and how far the markets would crash nor did they predict when it would bottom nor how quickly it would recover.

Some of these market commentators are perennial Bears, predicting a crash so frequently that their website is named something like TheBubbleBubble.com and are currently warning about 17 different bubbles. With so many predictions, random normal market movements will always offer something where their prophecies will be fulfilled.

Although the 2008 market crash was precipitous, it was also short lived.  Even if some of these market commentators warned about something, none of these seers saw the recovery nor suggested that investors would benefit from getting back into the markets. Such sage advice would have helped investors benefit from the coming precipitous rise in the markets after bottoming. We, however, did write such an article on December 1, 2008 entitled, “When Will The Markets Stop Dropping?” in which we admonished, “Selling your assets in this market is a foolish move.”

And even if a vague doomsday prediction may have preceded the market decline, many of their predictions before and after that event have been completely wrong. In fact, a study by Jerker Denrell and Christina Fang found:

People whose predictions were most in line with conventional wisdom proved the most accurate overall. But those who made contrarian predictions that paid off big once or twice were viewed as the real market sages—even though their forecasts were incorrect more often than not. Follow-up lab studies confirmed that people who make wild but successful bets are remembered for those hits—but on average are the worst predictors.

In other words, the financial news markets like the story of a contrarian sage who is able to foresee butterfly effects in the future, and this narrative captures the imagination of the reader despite the fact that they do not have a crystal ball. In fact, they are contrarian and often incorrect by nature and correct only by accident.

As Denrell said in an interview about the study :

In the world there are any number of incentives to make bold predictions. TV ratings, for example. Think of sports prognosticators. Being right about the upcoming game is much less important than getting people to tune in to their outrageous predictions.

The financial world is swimming with pundits clamoring for attention. Some of these commentators make their money from referral fees, advertising, and commissions. Others have their own Patreon accounts where supporters can subscribe to receive their predictions and analysis on a regular basis.

In the Old Testament, the test of a prophet was 100% accuracy in what he said. In the fifth book of the Bible, Deuteronomy 18:22 (ESV) reads:

If a prophet’s predictions did not come true, then he or she could not have been speaking for God. The penalty for being a false prophet was death by stoning. Today, many are accepting of prophets who have vaguely correct predictions and are rewarding them with payment and subscription.

Already the COVID-19 predictions have started to come in. Do not be deceived by them. Do not be afraid of them.

Photo by Dan Farrell on Unsplash