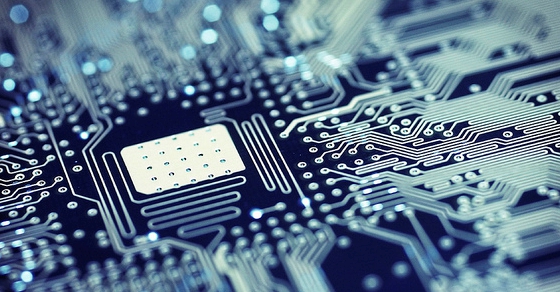 Last year in 2014, healthcare and technology did much better than the S&P 500.

During that same time, VGHAX had a 22.55% annual return. Cumulatively, that investment would have appreciated 176.41%.

I decided to update those studies, looking at which sectors won over the long term as of the end of the first quarter of 2015 to see if over weighting still seems wise. I used the Dow Jones United States Sector Indexes from their inception on Jan 31, 1992 to March 31, 2015, comprising over 23 years of data. Here are the annualized returns for each sector of the economy: 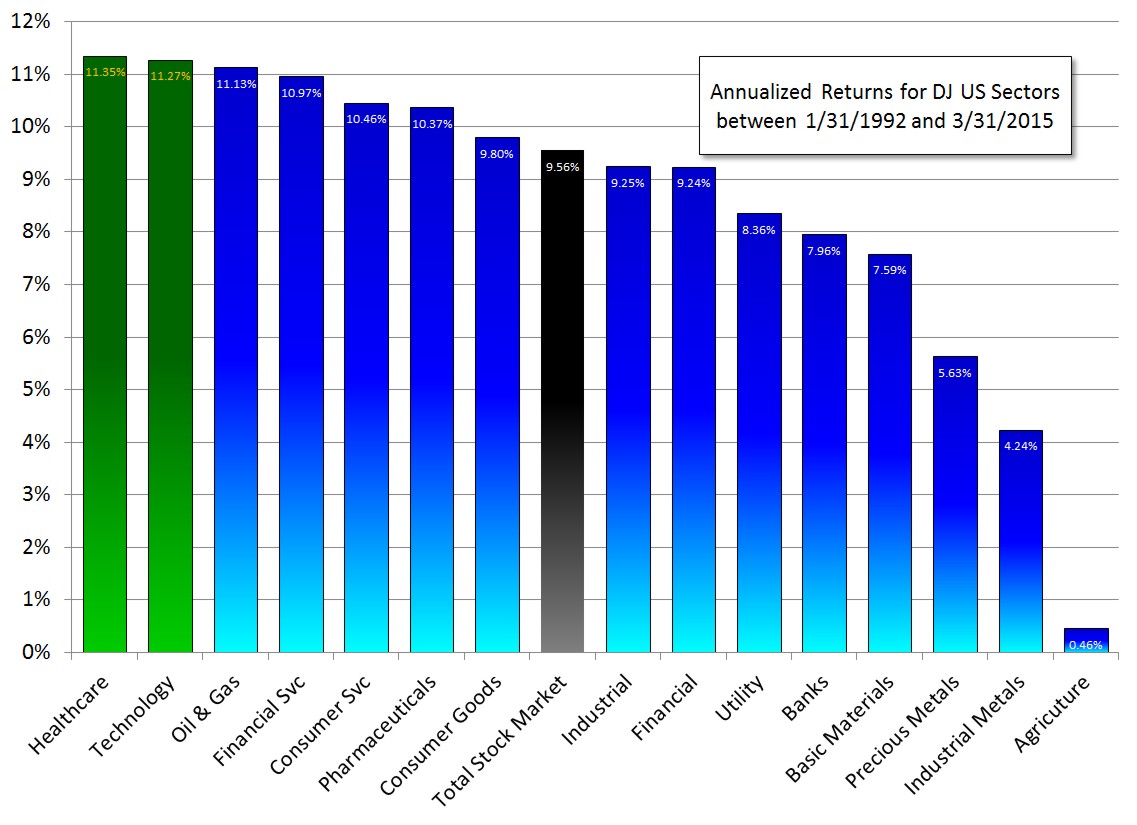 Healthcare and technology have indeed been the best performing U.S. sectors.

Over that time period, the DJ US Healthcare Index and DJ US Technology Index have had the best returns with an annualized return of 11.35% and 11.27% respectively.

Here is the wild ride that you might have had over that time period in each sector: 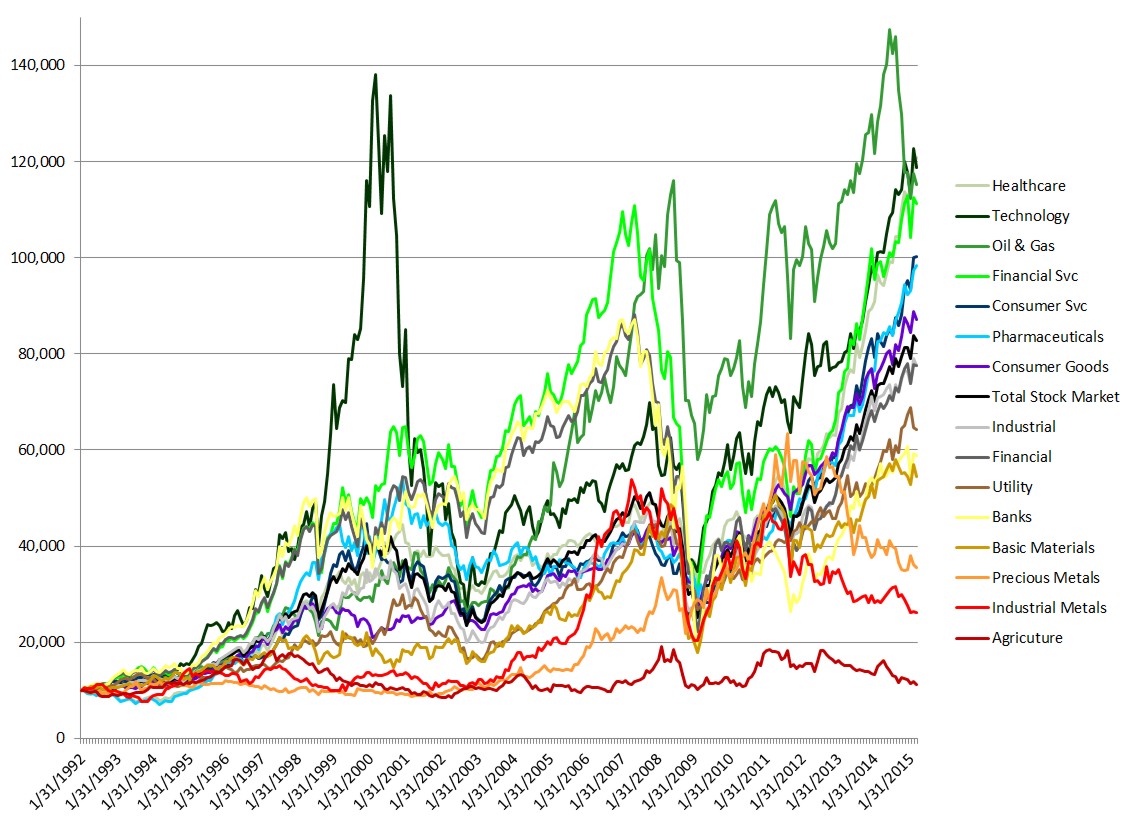 The 31.46% annual standard deviation is visible in the chart above when you look at the technology spike that peaked around 2000. The average investor doesn’t realize how inherently volatile the markets are, especially technology.

There is an optimum asset allocation and, for many people, that includes a hearty mix of healthcare and technology sectors.