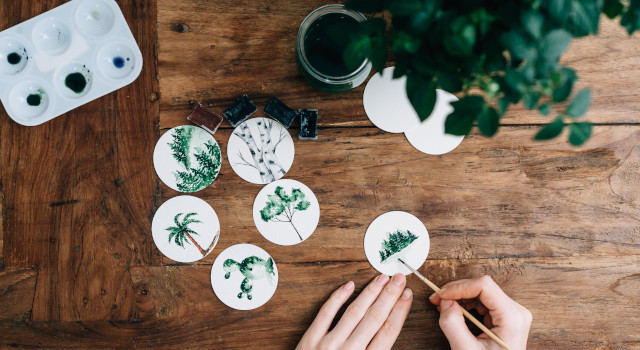 We added the sector of Consumer Staples and the subsector of Biotechnology. We came to this decision after generating several hundred efficient frontier graphs of various United States classifications, industries, and sectors over a variety of time periods.

To be on the efficient frontier, a portfolio needs to have the highest expected return for its expected risk. These portfolios are the most efficient portfolios because if you can achieve the same expected return without as much volatility that would obviously be superior since withdrawing from an overly volatile portfolio risks running out of money.

Although an efficient frontier graph can feel like a guidebook where the science is telling you in what you should consider investing, there is more artistry to portfolio construction than made apparent by this technique.

First, there are many portfolios on the efficient frontier for any time period. You need to know your risk and return goals in order to select which one is best for you.

Second, efficient frontier graphs can only be created using historical data and past performance has little if anything to do with future returns. The best portfolio for the past may not be the best portfolio going forward.

Third, much of our best data only goes back to the late 1980s. Alas, even 30 years of data may not be sufficient data to justify return expectations. For example, we recently had a 30-year time period where long-term bond returns beat the return for stocks .

For all of these reasons, using efficient frontier graphs to make asset allocation decisions requires regular reevaluation and a lot of artistry.

Despite these limitations, we feel that we have sufficient data to increase our allocations to Technology and Healthcare, justify a large allocation to Consumer Staples, and add a small tilt towards Biotechnology in our portfolios.

Consumer staples is defined as companies that offer products that people are unable or unwilling to cut out of their budgets regardless of their financial situation. Examples of consumer staples are food, beverages, household goods, hygiene products, alcohol, and tobacco. Also included in the category are companies which primarily deal in consumer staples such as food distributors, distillers, vintners, drug retail, food retail, hypermarkets, and super centers.

Consumer staples are considered to be non-cyclical. Non-cyclical means that the demand for these goods is assumed to be consistent all year long no matter the current performance of the economy.

Consumer staples are also considered to be defensive. Defensive means that the sector tends to maintain its earnings and revenues even during market downturns. A defensive sector tends to perform better than the market as a whole during bear markets and/or recessions.

In our analysis, we used the data of the S&P 500 Sector Level Consumer Staples Total Return USD Index. Its first monthly return data on Morningstar ends on 10/31/1989, making it the longest available domestic total return consumer staples index with just over 30 years of data.

From October 1989 to April 2020, Consumer Staples had an annual return of 10.54% and a standard deviation of 13.05%. This is a coefficient of variation (COV) of 1.24, which represents how many units of risk you had to tolerate in order to achieve one unit of return over the time period.

This can be compared to Technology and Healthcare. Technology, as represented by S&P 500 Sector Level Information Technology Total Return USD Index, had an annual return of 11.87% and a standard deviation of 24.08%. This represents a COV of 2.03.

Healthcare, as represented by S&P 500 Sector Level Health Care Total Return USD Index, had an annual return of 11.76% and a standard deviation of 15.40%. This represents a COV of 1.31.

In this way, you can see how Consumer Staples has a lower expected return but a larger risk-adjusted return from its smaller COV.

If two strategies or portfolios are correlated highly enough (higher than 0.84), then their types of risk overlap sufficiently to be part of the same asset class or to serve the same strategic purpose in a portfolio. With lower correlations, this makes all three sectors effective diversification for one another. Technology and Consumers Staples, with the lowest correlation, provide especially effective diversification.

The S&P 500 is market-cap-weighted, which means larger companies receive larger allocations. Cap-weighted also means that the fund or index does not rebalance between the underlying sectors (because as sectors get larger they start deserving a larger weight). As a result, these cap-weighted funds likely sacrifice much of the rebalancing bonus that could be achieved from the low correlation of its components.

By setting allocations to these sectors individually outside of an S&P 500 fund, we can potentially earn a rebalancing bonus from trimming one month’s winners to rebalance into that month’s losers.

We selected two funds to represent Consumer Staples on our Buy List.

Our first choice fund is Vanguard Consumer Staples ETF (VDC).  The expense ratio of VDC is a mere 0.10%. It strives to fully replicate its benchmark, which is the MSCI US Investable Market Index (IMI)/Consumer Staples 25/50.

Unlike the plain MSCI Consumer Staples Index, the 25/50 puts limits on its investments to try and ensure a fuller diversification. This can be interpreted as the index spreading its allocation more into Mid and Small Cap than it perhaps otherwise would.

VDC has only 94 holdings, all of which are in the same sector but are not in the same industry. Currently, its industry allocations are:

Although efficient frontier data suggests that over some time periods Consumer Staples alone may be on the efficient frontier, we would not recommend that level of concentration. Even a non-cyclical defensive sector like Consumer Staples can see unexpected sluggish periods, declines, or volatility. We believe that diversifying outside of this sector and into other sectors with a higher expected return is more likely to effectively achieve financial goals.

Unlike Technology, Healthcare, and Consumer Staples, which are sectors of the economy, Biotechnology is one industry or subsector of Healthcare.

In our analysis for Biotechnology, we used the Dow Jones U.S. Biotechnology Total Return USD Index. Its monthly return data only begins 28 years ago on 01/31/1992, but it is the oldest purely Biotechnology index available. At times to lengthen our data, we tried using the monthly data from the S&P 500 Sector Level Health Care TR USD Index as a placeholder for Biotechnology for returns from 1992 back to 1989.

This can be compared to Technology and Healthcare. Over the same short time period, Technology, as represented by S&P 500 Sector Level Information Technology Total Return USD Index, had an annual return of 12.75% and a standard deviation of 24.31%. This represents a COV of 1.91.

Healthcare, as represented by S&P 500 Sector Level Health Care Total Return USD Index, had an annual return of 10.20% and a standard deviation of 15.00%. This represents a COV of 1.47.

From this you can see how Biotechnology has a similar risk-return profile to the Technology sector, even though it is a subsector of Healthcare.

Even though conceptually you may think that Biotechnology would have a high correlation to both Technology and to Healthcare, after all it has both concepts in its title, past performance has not supported this narrative.

Even though we would not recommend that level of concentration, we believe that Biotechnology will continue to be a helpful component of efficient portfolios. Its low correlation, high return, and moderate risk-return profile make it a good candidate for a tilt in a larger portfolio. Its high concentration and large volatility make it a good candidate for only a small tilt.

Biotechnology carries with it a strong narrative to suggest positive future performance. You can imagine the holdings of a Biotechnology fund as all the gifted secondary school students of science, technology, engineering and math (STEM) high schools. You would feel fairly safe betting that a handful of them will go on to do exceedingly valuable things for society, but, as with any class, there will be some who are less productive.

The goal of many of these small companies is to find an extremely valuable marketable product and then get bought out by a larger health company. Many times, the Biotechnology sector index has a negative weighted forward price-to-earnings ratio. This is because several companies are losing money as they try to develop their breakthrough finding. The underlying holdings of Biotechnology will likely have large volatility in both directions, but a Biotechnology fund’s diversification can help mitigate this risk.

We selected the SPDR S&P Biotech ETF (XBI) to represent Biotechnology on our Buy List. For tax-loss harvesting, we elected to use our Buy List selections for the Healthcare and Technology sectors as our secondary funds.

XBI seeks to track an equal weight version of the S&P Biotechnology Select Industry Index for an expense ratio of 0.35%. Equal weight means that it spreads more of its allocation into Mid and Small Cap than perhaps it would otherwise. It also means that the aggressive company with negative earnings will still receive a fair representation in the fund.

XBI has 133 holdings and is currently 60% Small Cap and 28% Mid Cap with a strong lean towards Growth. Practically, this means that most of the companies held by XBI are companies you don’t know very well. Currently, its top ten holdings are:

As a subsector of Healthcare, Biotechnology is highly concentrated. Its industry allocation is very simply stated as 100% Biotechnology.

Biotechnology is a growing field, so its definition is changing over time. Biotechnology is used in the fields of medicine, pharmaceuticals, genomics, food production, biofuels, and environmental safety.

When Biotechnology is added to the mix, its favorable historical returns make it a promising overweight within healthcare. While we hope that its rosy narrative plays out in the future, allocation to this highly concentrated industry should be kept small.

Prior to this Investment Committee change, we only had weighted allocations to Healthcare and Technology. This helped our portfolios to achieve a higher return closer to the efficient frontier, but perhaps at the expense of a more volatile ride.

By adding Consumer Staples, we are aiming to achieve a smoother return over time. By adding Biotechnology, we are hoping to boost returns by both a rebalancing bonus and its surprise winners. In addition to these two additions, we also increased our target allocations to U.S. Healthcare and U.S. Technology.

All of these new changes were made by reducing our U.S. style box allocations. Although not technically on the efficient frontier in large allocations, we elected to keep our style box allocation as just under half of our U.S. Stock allocations. The style box represents a well-diversified basket of U.S. stocks. That diversification should help to weather potential unexpected events where our focused sectors could theoretically perform poorly all together. While their low correlation to one another suggests that such an event may be unlikely, we would not want to design a portfolio which is unprepared for possible negative outcomes such as those.

We hope that these findings hold true for future time periods. As always, our Investment Committee will continue to monitor our portfolio targets and make adjustments when we believe we have the data to justify the changes.

Photo by Roman Kraft on Unsplash