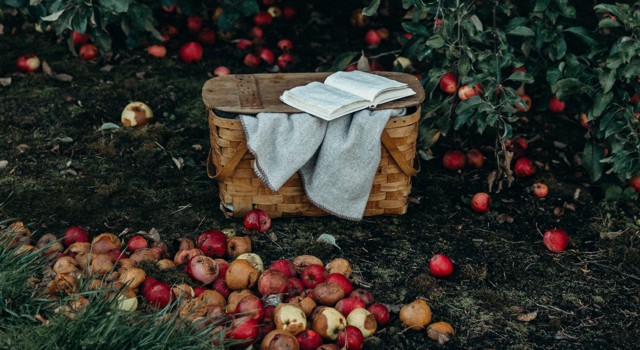 Tobacco companies hid evidence of the cancerous nature of their products because they knew disclosure would forever shift the demand curve left. General Electric (GE) delayed its massive clean-up of the Hudson River for similar reasons.

…In fact, hiding information from one or both parties is a way to facilitate market transactions.

…Sellers know exactly how much it costs them to manufacture or inventory an item as well as their required or even actual profit margins. Buyers know their true income, their ability to pay for a good, and just how much they want that good. In general, this mechanism — markets — facilitates beneficial economic activity. Yet the price changes if either party gets wind of the position of the other.

Thus, contrary to their general perception, markets have incentives to hide rather than to reveal information. These incentives, which spur actions, are visible hands.

…Sellers and buyers both may have all the time in the world, but sellers show the visible hand by creating the perception of rapidly increasing scarcity in the face of your demand. …These timing games mean that capital is allocated inefficiently and represent another visible hand in markets.

Adam Smith invented the concept of the invisible hand in The Theory of Moral Sentiments as the idea that economic participants “without intending it, without knowing it, advance the interest of the society” while they pursue their own selfish ends as if they were “led by an invisible hand.”

It feels like a weird leap for Voss to start talking about “visible hands.” I would guess the phrase “visible hands” would mean when someone tries to force and coerce economic participants into advancing the interest of the society, rather than letting them freely decide and be led by the invisible hand. However, as we’ve seen from other posts in this series, Voss seems to think that the markets need intentional leading in the areas of tobacco, pollution, and other morally charged issues.

His examples — tobacco companies failing to disclose that their product is cancerous, GE cleaning up the Hudson River, and “Buy Now!” ad campaigns — don’t make his meaning clearer to me. Though his “More Visible Hands” list all reaffirm my suspected definition.

Furthermore, very few of the “More Visible Hands” list that Voss provides are actually examples of a free market. Regulations and price fixing are examples of controlled economies, not free markets. Lobbying and political corruption come from rent-seeking which comes from loose property rights, also not free markets.

Fraud is the enemy of the free markets. It is theft through deception.

As Stephan Kinsella of the of the Center for the Study of Innovative Freedom writes in “The Problem with “Fraud”: Fraud, Threat, and Contract Breach as Types of Aggression “:

fraud is properly viewed as a type of theft.

…There must be a victim of the fraud, and the victimization must be of a type in which there is an ostensible title transfer but which fails because of lack of true consent.

Now in informal language you could use “fraud” more broadly and loosely to refer to any case where someone deceives someone else, but if it is merely sneaky, or shady, or untruthful, there is no fraud. If I put up a website claiming I wrote The Da Vinci code, this is a lie, but who is defrauded? You can call me “a fraud” but there is really no fraud committed. If I place a singles ad saying, “handsome and looks 10 years younger than he is”, to try to get some single women to give me a chance, is this really fraud?”

What Voss is writing about in this article, although annoying practices, is not fraud. His examples — tobacco companies failing to disclose that their product is cancerous, GE cleaning up the Hudson River, and “Buy Now!” ad campaigns — are not fraud.

In the comments on his posts, Jason Voss defends his posts by saying that he is a big fan of capitalism. On this post, he responds to the first comment with:

I do not think that markets fail generally, I think they fail specifically; which is what this series is about. There are many die hard mercantilists that worship markets as a messiah born to solve all problems. They ascribe special, magical properties to them, and wax poetic about them, too. Lovely, but let’s not forget about their limitations. I refuse to engage in fantastical thinking.

Another example of their failure is that they are poor at evaluating potential partners/spouses. In other words, I think markets ARE the right tool for the job – which most of the objections to this series have been about. [But the underlying assumption is: context] Left unresolved is, yes, right tool, but for which jobs? Put another way, the conscientious objectors have sourced their comments, complaints, and responses in subconscious contexts, one in which markets are above reproach. Bust out the mind from those spaces, and you see them for what they are: potent tools for specific jobs. Yea!

Voss deploys name calling and hyperbolic language in his comment to devalue the naysayer’s opinions. Here he paints opponents as having a religious devotion to a magical fantasy. Then, he dismisses his opponents opinions because he claims they are talking about different situations than he is.

Voss says over and over again that he is in favor of the free markets and thinks capitalism is the right tool for many jobs. However, when he talks about the failures he sees in the markets, he reveals that his self-proclaimed capitalist thinking isn’t actually very capitalist at all. In each of these five posts, Voss inserts the planned economy concept of an “actual price,” “Price Preeminent,” or “price discovery” into his description of the market economy of capitalism. This way of thinking is not capitalism. This way of thinking is that of a centralized planner. There is no actual price, right price, right exchange, or right way in capitalism. I can give what I own away for free, require people pay for my service in dandelions, conduct my exchange in common currency, or live self-sufficient without transactions. All of these are examples of free market capitalism.

I am agnostic about economic philosophy. My own is to see reality for what it is, and not for what I might prefer it to be. So when the tool of markets seems appropriate relative to my values, then I apply market philosophy. Sometimes I am an intransigent and irascible mercantilist, and at other times a soft socialist. Depends on what the moment calls for.

This economic relativism makes Voss not actually a free market economist, which explains why his critiques of the free market are, many times, the fact that it is free.

Photo by Liana Mikah on Unsplash