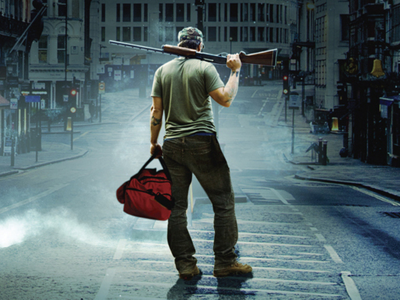 I receive a fair number of videos, emails and articles about the coming financial crash. It is always nigh. It is always imminent.  And it is always being predicted by the elite people who predicted the last three big events correctly.

The cause is deficit spending, the growing debt, entitlement spending, rising taxes, the elite, the banking cartel, the energy companies, Obamacare, aging baby-boomers, the administration, the NSA, the government, the world government…

The expected outcome is vague but terrifying. The banks will close, trade will cease, mobs will roam the city streets looking for people to eat. The cause and effect for these horrors isn’t clear, but what it clear is that you need to take action in order to save yourself and those you love from this inevitable collapse of civilization.

Let me stop before I go any further and say that I, along with many other economists, agree with many of the concerns expressed in these dire warnings. The growing debt and deficit spending is a tax on those holding dollars. The devaluation in the US dollar risks the dollar’s status as the reserve currency of the world. Obamacare was the worst legislation in the past 75 years. Socialism is on the rise and the NSA really is abrogating vast portions of the Constitution. I don’t disagree with their concerns. But I do disagree with their financial advice.

Don’t get me wrong. I enjoy TEOTWAWKI literature (The End Of The World As We Know It). I highly recommend “Emergency” by Neil Strauss and “The Disaster Diaries: How I Learned to Stop Worrying and Love the Apocalypse” by Sam Sheridan. They are both even more entertaining than they are informative. And neither of these books has poor financial advice because they have no financial advice at all.

Perhaps the best lesson to learn from this survivalist literature is that when you are prepared you run toward dangerous situations in order to help others. First responders in any disaster are rarely paid professionals.

From these books I learned just how much work it takes just to recreate a small portion of the civilization that we enjoy today. It makes me thankful not just for civilization, but for the community of friends and family that work together to support one another and accomplish more than we every could individually. Voluntary trade really does benefit both parties.

I also know that civilization can break down and survivalist’s concerns about the envy and violence in society cannot be completely dismissed. Societal breakdowns have happened in history and we can’t eliminate such a possibility in the future. There is the possibility of a precipitous decline, although a long and drawn out malaise is much more likely.

In this eight part series I am not making light of the concerns of survivalists. But I would like to review eight very specific recommendations from a recent video, all of which are representative of the financial scam techniques which often accompany such advice. Here their first piece of poor financial advice along with my comments:

1. Buy as much gold as you can get your hands on.

This is bad advice for several reasons.

First, you can get your hands on as much gold as you want. You can put your entire net worth in gold. It isn’t as though gold is difficult to purchase. We have several shops in town that carry gold coins. You can also order gold coins on the Internet. They mail them directly to your door. There is no shortage.

If there really is a collapse of the money supply it is difficult to believe that your briefcase of pretty coins will still have any purchasing power near $1 million. In the 1970s, Christian singer Larry Norman made popular the Apocalyptic song lyric, “A piece of bread could buy a bag of gold” based on Revelation 6:6. In The End, I’d rather not have bought as much gold as possible.

And if there isn’t an economic collapse (and even the most assured survivalist has to admit the possibility that there might not be a collapse in their lifetime) then you are stuck with the investment properties of gold bullion. Gold has a low expected return of just inflation and one of the highest volatilities as measured by standard deviation. That means that the optimum asset allocation to gold is always zero.

We recommend that clients invest most of their portfolio in something whose appreciation will more than keep up with inflation. And we recommend a diversification which will lower volatility.

For these reasons, we recommend to clients that they:

1. Limit their investment in gold and silver to less than 3% of their portfolio.

Photo from “The Disaster Diaries” by Sam Sheridan.