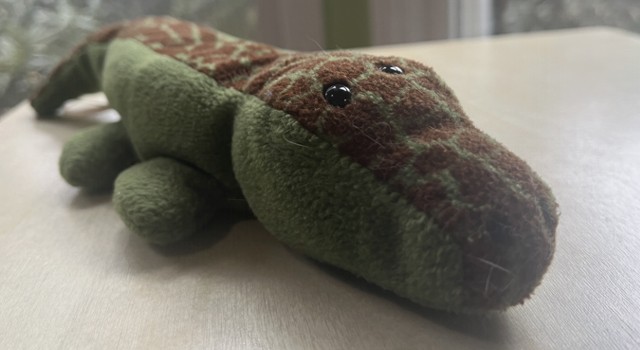 In the finance world, speculation is purchasing something not inherently valuable to you on the idea that it might be valuable to someone else later for more than what you bought it for. It is frequently confused with investment. An investment is something that pays you money.

The following analogy from our 2004 article “Speed Is Not Critical When Investing” illustrates this difference well:

An investor is like an orchard farmer who goes to the store to buy some peach trees. He buys the peach trees because he understands about growing and selling peaches. He knows the business of caring for peach trees, harvesting peaches, and delivering them to market. He understands the fruit of his labor in everything from the natural juicy fruit to being baked into peach cobbler.

A speculator buys some peach trees because he sees that the store is running out, and then stands in the parking lot hoping to resell at a profit. A speculator does not care what he is buying or selling so long as the price moves quickly. Therefore a speculator never buys peach trees. He buys snow blowers as the blizzard approaches, or generators as the hurricane gathers strength, or whatever else he thinks might have a short-term spike in price.

At the time, we were writing about market timers who have a high turnover in their portfolio, buying and selling stocks primarily to capture short-term capital gains. However, this analogy accurately describes most cryptocurrency investors.

Unfortunately for cryptocurrency investors, if the speculation fails, they don’t even have the value of a generator, snow blower, or peach tree to show for it.

Speculation is not a new fad. In the seventeenth century during the Dutch Golden Age, so-called investors bought and sold tulip contracts for insanely high prices. Fueled by some of the best markets in Europe, the Dutch tulip bubble lasted for a year and a half. At the time, everyone imagined that the passion for tulips would last forever.

In “A Short History of Financial Euphoria,” John Kenneth Galbraith describes this mania as:

In keeping with the immutable rules governing such episodes, each upsurge in prices persuaded more speculators to participate. This justified the hopes of those already participating, paving the way for yet further action and increase, and so assuring yet more and ever-continued enrichment.

This quote is about seventeenth century tulips, but the similarities to twenty-first century Bitcoin are striking.

In the 1990s Ty’s Beanie Baby toys rose in popularity just as eBay provided the opportunity to trade them nationally. With their supply being artificially limited as designs were retired, retired designs rose in value. At their height, Beanie Babies made up 10% of eBay’s sales. In “The Great Beanie Baby Bubble: Mass Delusion and the Dark Side of Cute,” Zac Bissonnette chronicles the rise in popularity of these five dollar toys.

Unfortunately, even stock over-valuations can continue for many years. Alan Greenspan’s comment about the market’s “irrational exuberance” was made on December 5, 1996. But it wasn’t until March 24, 2000 that the stock market peaked.

During the years in between, investors told themselves that because internet stocks had so consistently appreciated without any regard to earnings that earnings must not matter for internet stocks. To that end, they began inventing other valuation methodologies to explain stock prices . One valuation measured people who spent more than 3 minutes on a website and called them “engaged shoppers.” Another internet stock valuation metric was “price per eyeballs.” All of this wishful thinking was based on the idea that if you had a lot of people visiting your website you would be able to figure out how to monetize it at some vague point in the future.

Then the bubble burst and these wishful valuation metrics were discredited. During the bear market that followed, large cap growth stocks lost -68.47% of their value. During that same time period, small cap value stocks (with actual earnings) appreciated 29.10%.

I define a speculative bubble as a situation in which news of price increases spurs investor enthusiasm, which spreads by psychological contagion from person to person, in the process amplifying stories that might justify the price increases and bringing in a larger and larger class of investors, who, despite doubts about the real value of an investment, are drawn to it partly through envy of others’ successes, and partly through a gambler’s excitement.

Nassim Taleb has an interesting paper entitled “Bitcoin, Currencies, and Fragility ” in which he describes why Bitcoin is worth zero. In that article, he writes:

Once bitcoin drops below a certain threshold, it may hit an absorbing barrier and stay at 0… . …Furthermore bitcoin is supposed to be hacker-proof and is based on total infallibility in the future, not just at present. It is crucial that bitcoin is based on perfect immortality; unlike conventional assets, the slightest mortality rate puts its value at 0… .

If any non-dividend yielding assets has the tiniest probability of hitting an absorbing barrier then its present value must be zero.

You can view a quick description of his argument at “Why Nassim Taleb Thinks Bitcoin is Going to Zero Dollars: Explained in 4 Minutes.”

To be clear, this doesn’t mean that Taleb is bearish on Bitcoin. He doesn’t think you should short Bitcoin simply because there is no valuation to put on Bitcoin. He calls Bitcoin an “open ponzi scheme” stating:

Earnings-free assets with no residual value are problematic. The implication is that, owing to the absence of any explicit yield benefiting the holder of bitcoin, if we expect that at any point in the future the value will be zero when miners are extinct, the technology becomes obsolete, or future generations get into other such “assets” and bitcoin loses its appeal for them, then the value must be zero now.

Another way of saying this is that Bitcoin may very well turn out to be the Betamax of cryptocurrencies. Ultimately, the actual use of Bitcoin will determine if it has any future.

This article may very well turn out to be an example of my lack of knowledge about the technology or as an example of my stupidity in failing to get into the next great thing. Speculators have made money investing in Bitcoin. But I think limiting the amount you are willing to put into Bitcoin is a much safer path to financial independence. Somewhere between 16% and 22% of people in the United States have or have used Bitcoin which may provide several more years of Bitcoin growth.

It can be true both that Bitcoin went up today and that it is a poor long-term investment. It is possible for something to have little or no intrinsic value and still have people increasingly interested in paying large sums of money for it. Irrational exuberance is not limited to things of value. Speculative bubbles can last for years.

I expect that eventually Bitcoin will either develop a real, useful value for investors or the bubble will burst.

Photo of Ally the Beanie Baby by Megan Russell